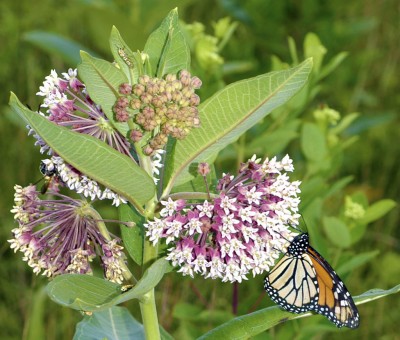 Some 71.6% of the total volume of glyphosate sprayed worldwide over the 40 years to 2014 has been sprayed in just the last 10 years, a new report says.

That means over that last decade, 6.1 billion kg (11.24 billion lbs.) of glyphosate have been applied.

Washington State research professor Charles M. Benbrook says in a study published in the journal Environmental Sciences Europe, the data confirms there has been a dramatic increase in the total volume of glyphosate applied to crops across the world.

His new paper says that globally, glyphosate use has risen almost 15-fold since Roundup Ready, genetically modified, glyphosate-tolerant crops were introduced in 1996.

“This research reveals that Monsanto’s glyphosate now is the most heavily used weed-killer in history, and use is sky-rocketing,” UK-based Soil Association policy director Peter Melchett says.

“This huge increase in chemical spraying is what we can expect if GM crops are ever grown in England,” Melchett says. “As well as being identified as a probable human carcinogen, the research notes that recent studies have made the connection between glyphosate exposure and a number of serious health effects as well as cancer, including the degeneration of the liver and kidney, as well as non-Hodgkin lymphoma.”

He says the new research questions the safety of using glyphosate on crops destined for people to eat just before they are harvested – “a growing practice in the UK, which must end.”

The association says glyphosate is used in public parks and other urban areas to kill weeds, and in the last year for which government figures are available, nearly a third of UK cereals, wheat and barley, were sprayed with glyphosate – a little more than one million hectares (2.47 million acres).

The Soil Association is calling for a UK ban on the use of glyphosate sprayed on UK wheat as a pre-harvest weed killer and to kill any unripe corn to speed harvests.

The association says its analysis of government data from last year revealed glyphosate use in UK farming has increased by 400% in the last 20 years.

It says glyphosate is one of the three pesticides regularly found in routine testing of British bread – appearing in up to 30% of samples tested by a Department of Environment, Food and Rural Affairs committee on pesticide residues in food.

The World Health Organization’s International Agency for Research on Cancer concluded that glyphosate is probably carcinogenic to humans.

Benbrook’s paper says there were about 1.4 billion hectares of actively farmed, arable cropland worldwide in 2014. Across this land mass, there were an estimated 747 million kg (1.64 billion Lbs.) of agricultural applications of glyphosate.

“If this volume of glyphosate had been applied evenly, about 0.53 kg of glyphosate could have been sprayed on every hectare of cropland on the planet (0.47 lbs./acre),” it says.

The paper says genetically engineered, herbicide-tolerant crops now account for about 56% of global glyphosate use.

“In the U.S., no pesticide has come remotely close to such intensive and widespread use,” it says. “Given that glyphosate is moderately persistent and mobile, levels in surface and groundwater will be likely to rise in step with use, and this will increase the diversity of potential routes of animal and human exposure.”

In this same time period, agricultural use of glyphosate in the U.S. rose 9.1-fold.

The average two applications in recent years on winter wheat could include a pre- or at-plant spray, an application during a summer fallow period, and/or a late-season application intended to speed up harvest operations.

“Harvest-aid uses of glyphosate have become increasingly common since the mid-2000s in U.S. northern-tier states on wheat, barley, edible beans, and a few other crops, as well as in much of northern Europe,” the report says.

Because such applications occur within days of harvest, they result in much higher residues in the harvested foodstuffs.

“To cover such residues, Monsanto and other glyphosate registrants have requested, and generally been granted, substantial increases in glyphosate tolerance levels in several crops, as well as in the animal forages derived from such crops,” the report says.

There was a 2,000-fold increase in the glyphosate tolerance on dry alfalfa hay and silage from 1993 to 2014, an increase made necessary by the approval and planting of GE-HT alfalfa.

The report says while levels of glyphosate in the air, water, and food remain well below acceptable daily intakes set by regulatory bodies around the world. a growing body of literature points to possible, adverse environmental, ecological, and human health consequences following exposure to glyphosate/

“The upward trend in glyphosate use has, and will likely continue to contribute to incremental increases in environmental loadings and human exposures to glyphosate, its major metabolite aminomethylphosphonic acid (AMPA), and various surfactants and adjuvants used in formulating end-use glyphosate-based herbicides,” it says.