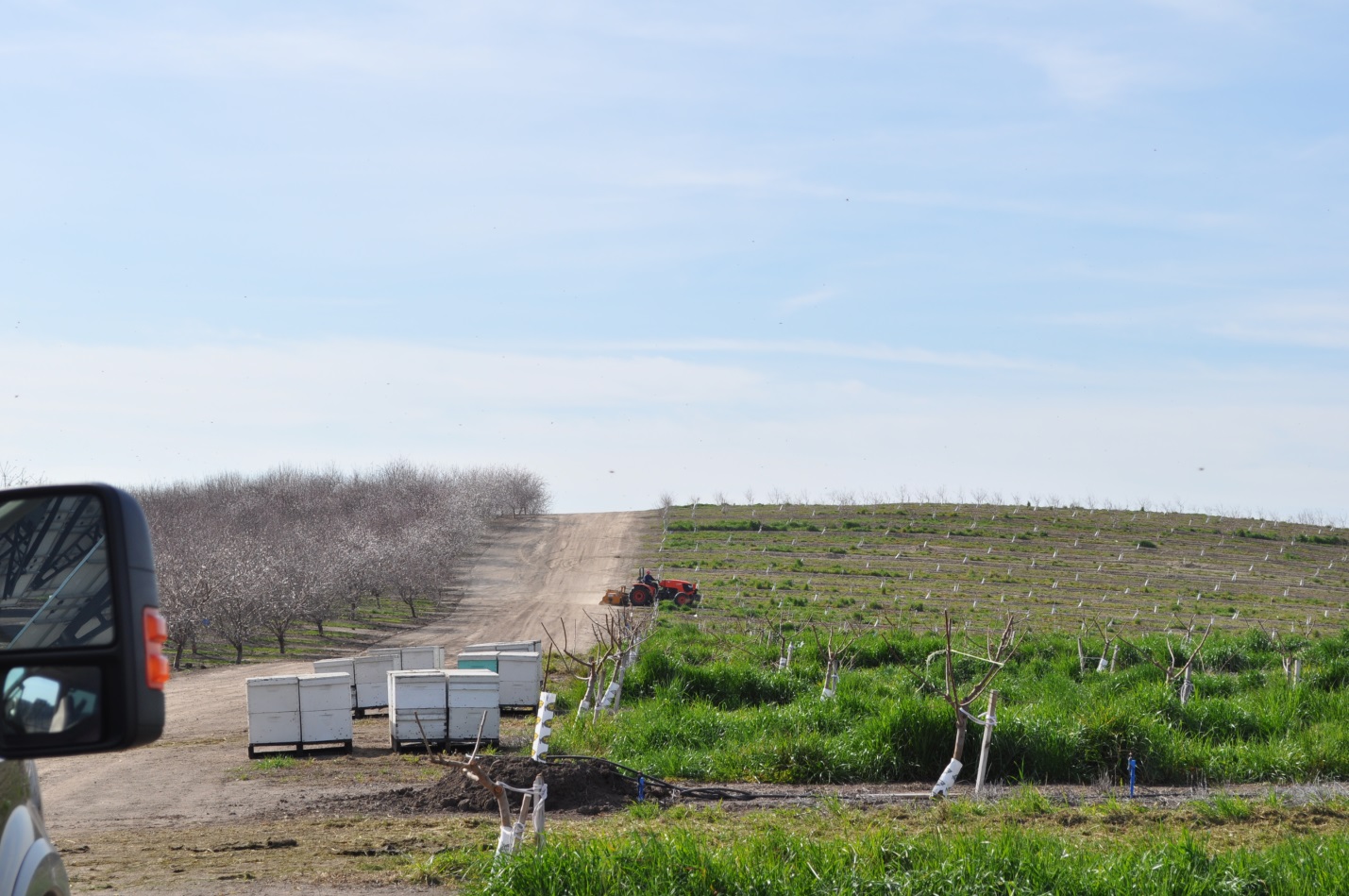 The Butte County Sheriff’s Office says it has received information regarding recent thefts of hundreds of beehives in neighboring counties, reminding ranchers and farmers to remain vigilant in their almond orchards.

Last year, about 200 beehives were reported stolen in Butte County just before and during the beginning of almond pollination, according to a Sheriff’s Office press release.

The Sheriff’s Office says it knows of about 500 beehives that have been stolen in January around Butte County, including an incident in which 280 beehives were stolen in Colusa County, according to the release.

The authorities believe the thefts are carried out by beekeepers using flatbed trucks and forklifts.

“These thefts are significant losses to the beekeepers and farmers who were depending on them to pollinate their orchards,” the release states.

The California State Beekeepers Association offers an ongoing reward of $10,000 to anyone who provides information that leads to the arrest and conviction of beehive thieves, according to the release.

Information can be reported to the Butte County Sheriff’s Office at 538-7322.

Nearly 300 bee hives were stolen from a Sutter County apiary late Friday, the second such theft in the past week in the Sacramento Valley.

The victims suspect another beekeeper was the culprit.

At Sprague Apiaries in Sutter County, it appeared a forklift was used to load two trucks with 280 bee hives, which are used to pollinate certain orchard crops, including almonds.

A week ago, an identical technique was employed to steal 240 hives from C.F. Koehnen and Sons in Glenn County.

The thefts were likely motivated by the strong market for bees used in orchard pollination, said Jeri Sprague, co-owner of Sprague Apiaries.

“Statewide, there is a tremendous shortage of bees for almond pollination, so the price per box has gone up,” Sprague said.

Sprague suspected another beekeeper stole her hives due to the timing of theft, which coincides with the start of the pollination season for bees in almond orchards.

“It’s a brutal year for bees. Everything is dying, and all these people down south are coming up way short in their numbers,” Koehnen said. “People are trying to meet their obligations at our expense, I guess. I’m sure that is what is driving this. There’s no doubt in my mind it was another beekeeper.”

Apiaries such as Sprague and C.F. Koehnen and Sons rent bee hives to almond farmers for the growing season and pick them up after it’s complete.

At Sprague Apiaries, the cost to rent a single hive is $185, meaning the business will lose more than $50,000 in revenues this year, Sprague said.

“It’s disheartening that people would do this,” Sprague said. “They don’t realize, or don’t care, how much of a struggle this will put on our business. A $50,000 loss in our annual income will be huge. It will be hard to make up for.”

“In the big picture, it wasn’t a huge hit, but I’m not any less angry that it happened,” Koehnen said. “You don’t like to be violated, and that’s a pretty huge violation.”

Both apiaries filed reports with law enforcement, but Koehnen isn’t holding out hope that his hives will be found.

“It would be an absolute act of God if they were found,” Koehnen said. “But there’s nothing you can do. You just write it off and go forward.”