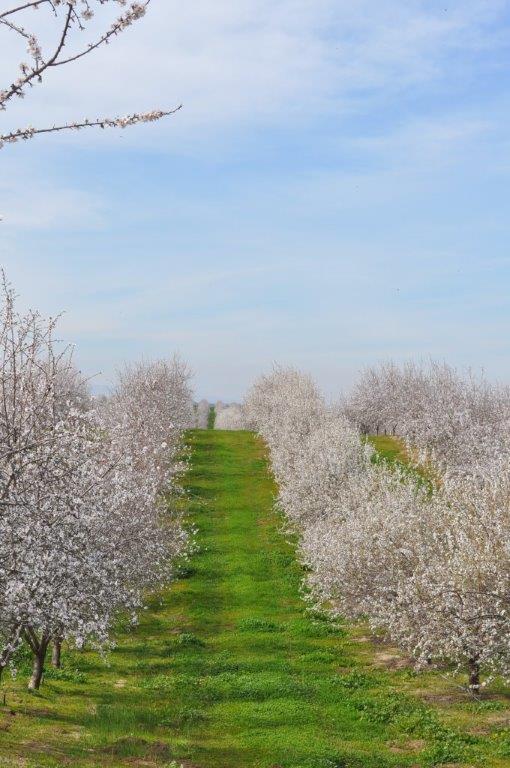 Matthew Whiting, Cherry Horticulturist at Washington State University has identified mechanical pollination to be effective in cherry and apple operations. Researchers are using an orchard sprayer to pollinate tree fruit.

“We’re doing it for yield security and resilience to colony collapse disorder, variable environmental conditions, poor bloom overlap, insufficient pollinizers/pollinators – all of which threaten the ability to set a crop,” Whiting said.

The study in a number of orchards with multiple apple and cherry varieties involved conducting six field trials, along with laboratory research.

Aided by support from Washington Tree Fruit Research Commission, an electrostatic sprayer was used to make two applications of pollen at three different rates. Trees were netted to keep bees out, and pollen was sprayed when 50 percent and 90 percent of the flowers were open.

Evaluations targeted pollen viability of three sweet cherry pollen genotypes and developed a formulation that would suspend pollen in solution, move through the sprayer without clogging, and maintain pollen viability long enough to stick to the flower stigmas and fertilize the ovules.

“With the supplemental pollination, the grower does everything normally with pollinators throughout the orchard, and they don’t interfere,” he said. The other scenario is most compelling. It’s replacement pollination in which only the pollen transferred to the flowers comes through an artificial system.

“We’re envisioning a scenario down the road when there will be no need for pollinators and no hiring and production of bees,” Whiting said.

“We had good results in 2014 using both approaches,” Whiting said. “Our proposed solution is to collect pollen, suspend pollen, apply it via a sprayer. The challenges are the stigma is a small target, and pollen loses viability in liquid.”

Whiting is working with On Target Spray Systems, which has an ATV-powered electrostatic sprayer, and Firman Pollen.

Work continues this year in five cherry trials, and one each in apple and pear. Goals are to improve pollen application rates and timing and determine any impacts on fruit quality and yield.

“We’re getting out much more this year with growers,” Whiting said. “There hasn’t been a single orchard manager who didn’t understand that this could be a real game changer for us.”