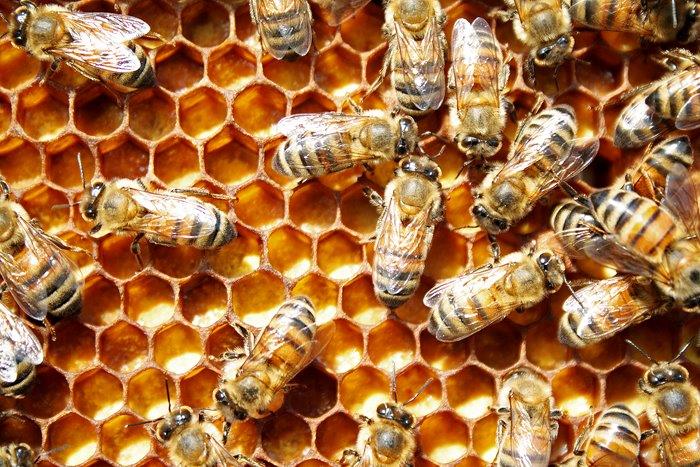 Credit: Terry Harrison, U. of I. Beekeeper

CHAMPAIGN, Ill. — A closer look at how honey bee colonies determine which larvae will serve as workers and which will become queens reveals that a plant chemical, p-coumaric acid, plays a key role in the bees’ developmental fate.

The study, reported in the journal Science Advances, shows that broad developmental changes occur when honey bee larvae – those destined to be workers – are switched from eating royal jelly (a glandular secretion) to a diet of jelly that includes honey and beebread (a type of processed pollen).

Beebread and honey contain p-coumaric acid, but royal jelly does not. Queens feed exclusively on royal jelly. Worker bees known as nurses feed the larvae according to the needs of the hive.

Experiments revealed that ingesting p-coumaric acid pushes the honey bee larvae down a different developmental pathway from those fed only royal jelly. Some genes, about a third of the honey bee genome, are upregulated and another third are downregulated, changing the landscape of proteins available to help fight disease or develop the bees’ reproductive parts.

“Consuming the phytochemical p-coumaric acid, which is ubiquitous in beebread and honey, alters the expression of a whole suite of genes involved in caste determination,” said University of Illinois entomology professor and department head May Berenbaum, who conducted the study with research scientist Wenfu Mao and cell and developmental biology professor Mary Schuler. “For years, people have wondered what components in royal jelly lead to queen development, but what might be more important is what isn’t in royal jelly – plant chemicals that can interfere with development.”

“While previous molecular studies have provided simple snapshots of the gene transcript variations that are associated with the exposure of insects to natural and synthetic chemicals, the genomics approaches used in this study offer a significantly more complex perspective on the biochemical and physiological processes occurring in plant-insect interactions,” Schuler said.