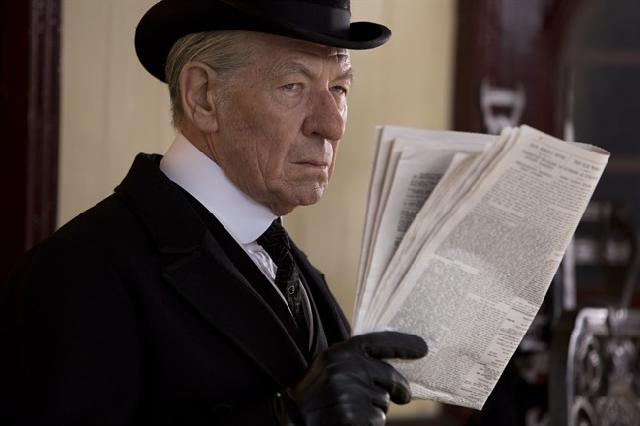 By Cassandra Szklarski, The Canadian Press

TORONTO – Ian McKellen admits he had more than a few qualms about working with the tiny co-stars of his latest film, “Mr. Holmes” — a colony of honey bees.

The veteran actor says he initially balked at sharing the screen with the buzzing insects when he learned his character was an avid apiarist.

“It was the one thing I was tentative about and said — that I am not going to work with bees,” says McKellen during a phone interview from London earlier this year, recalling a conversation with director Bill Condon.

“I thought there would be a way around it but Bill said, ‘No. You have got to open that hive, pick up that frame, have a look at those bees and we’ll film it.’ So we did and I wasn’t hurt, nor were any of the bees.”

The bees are a little-known element of the legendary Sherlock Holmes story, which picks up here after the 93-year-old detective has retired from sleuthing to relax at his remote seaside cottage and care for his honey bees.

The year is 1947 and Holmes finds himself grappling with creaking bones, a failing memory and lingering unease over the unsolved case that forced him into retirement.

His only company is a short-tempered housekeeper, played by Laura Linney, and her young son, Roger, played by Milo Parker. The boy can’t hide his fascination with the famous detective and is soon drawn into the aging man’s quest to solve a final mystery.