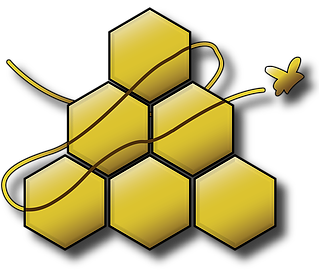 The American Honey Producers is the leading voice of the commercial beekeeper in the United States and we produce more than half of all domestically produced honey in the U.S. We commend Apimondia for their strong stance against Honey fraud. We agree with Apimondia that demand for honey is increasing. We also fully support and our organization agrees with the Apimondia position of the Codex Alimentarius definition of honey. We fully support and helped to establish the USDA’s commercial item description of honey which was recently finished.

Contemporary honey fraud includes, 1) harvesting immature honey, 2) masking or mislabeling geographical and botanical origin of honey, 3) honey that has been scrubbed by resin technology (which by definition is not honey anymore), and 4) blending bio-engineered sweeteners and or extraneous pollens. This fraud, which is purposeful and economically motivated, risks damaging the image and future sales of authentic honey.

It is paramount that U.S. beekeepers receive a fair price for their honey as we are sustaining record hive losses and having honey prices close to the cost of production. Honeybees are in the unique position of being the third most valuable livestock in the U.S. and keeping the endangered American honey producer in business assures high-value food keeps getting pollinated. This places this issue as being in the interest of national food security to keep our beekeepers in business to provide pollination for the almond, apple, blueberry, cherry, seed crop growers and others.

The American Honey Producer Association support all certification programs the promote authentic honey being sold domestically or imported into the United States.

Finally, we echo the final statement from the Apimondia statement on honey fraud:

“There has never been a period in human history during which the importance of and concern for the world’s bees and their keepers have been so widespread.”

We hope awareness for the plight of the honeybee, beekeepers and our food supply emphasizes the importance of stopping honey fraud across the world.