What Almond Growers Want this Year: Rain and Bees 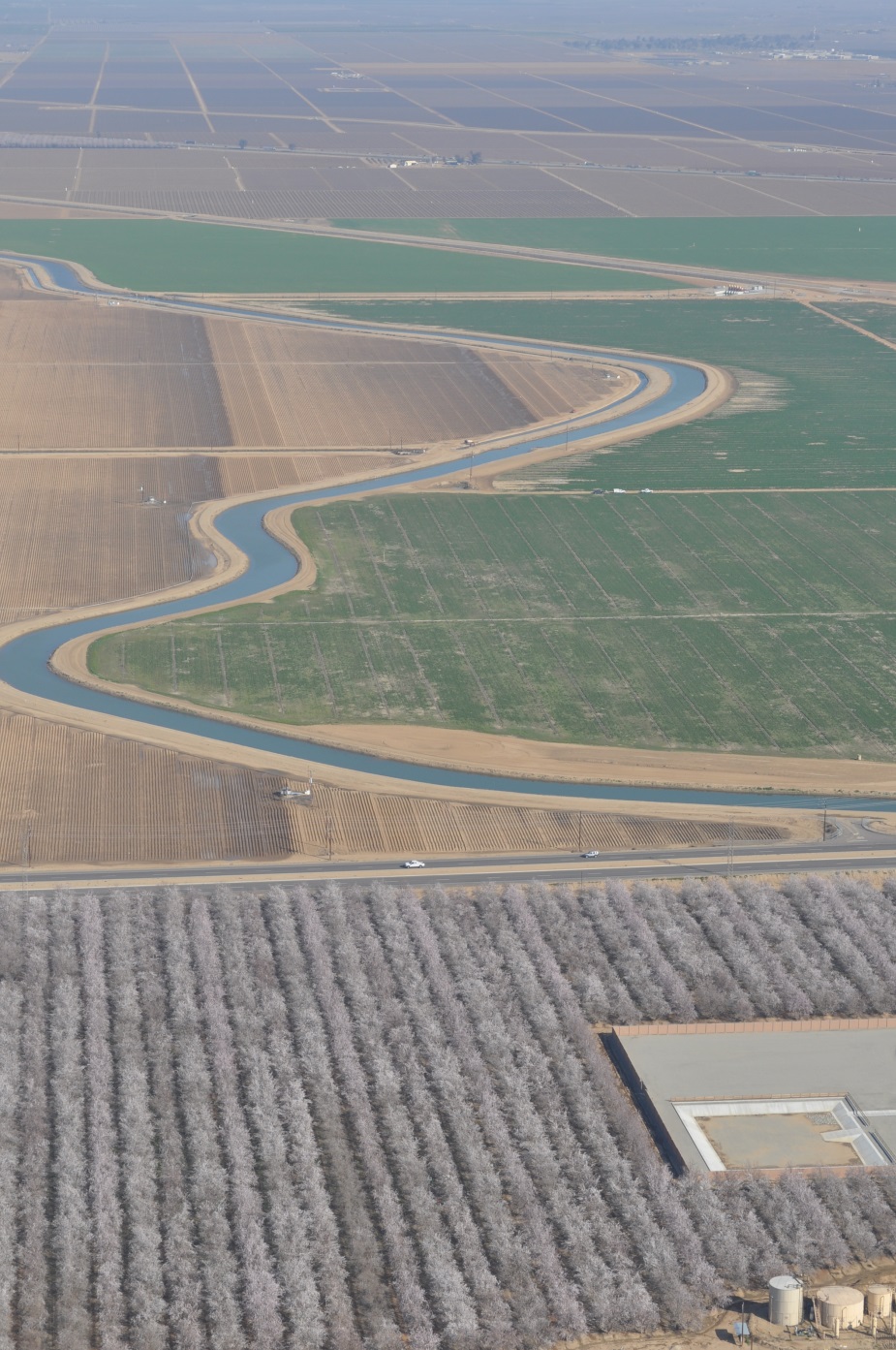 Almond Prices are Down Amid El Nino-Related Cold, Rain

Just when almond growers and other California farmers were hoping for rainfall relief this year, the almond industry is concerned the persistent cold, wet weather brought on by El Nino might dampen pollination activity and potentially trigger lower crop yields.

“A key question is what will happen to almond blooms in February,” said Vernon Crowder, a senior analyst with a focus on food and agribusiness research for Rabobank. “Bees don’t fly in bad weather.”

Quick science lesson here. In crops, including almonds, apples and cherries, bees travel from bloom to bloom for food. In the process, they spread pollen containing the male sex cells, which enables the plant to bear fruit. But bees can stay in their hives when it’s cold and rainy instead of making their pollinating rounds.

The market for nuts including walnuts broadly behaves like a commodities market. Anticipated future trends impact near-term pricing. As the weather trend known as El Nino rolls out in the Northern Hemisphere and dumps rain, there has been growing talk an El Nino-impacted “wet bloom” could yield a sub-par 2016 crop. The blooming period typically begins in February.

At the surface, bee activity might appear insignificant. But insufficient pollination is a big variable for the agricultural industry. “It’s a critically important factor,” said Janie Gatzman, a senior appraiser for American AgCredit, which specializes in financial services to agricultural customers.

“If we get rain during the entire bloom period, pollination will be very poor,” said Gatzman, who is also an almond farmer. “As an appraiser, I wonder how that will impact orchard values in 2016.”

The threat of an El Nino “wet bloom” is even more striking for almond growers in the Central Valley.

Almond prices are now hovering around $3.30 a pound for premium varieties, said Tom Rogers, an almond farmer in Madera County. That almond price is down roughly $1.75 off the peak of around $5 a pound during last year’s harvest.

In California — where more than a third of the country’s vegetables and two-thirds of the nation’s fruits and nuts are produced — almond buyers are in a holding pattern, not filling inventory just yet until the market reveals its hand a bit more.

“I’m concerned (about a possible wet bloom) but not worrying until it gets here,” said Rogers, a third-generation California farmer. He has weathered previous El Ninos with his brother, including the last one in 1997-98. 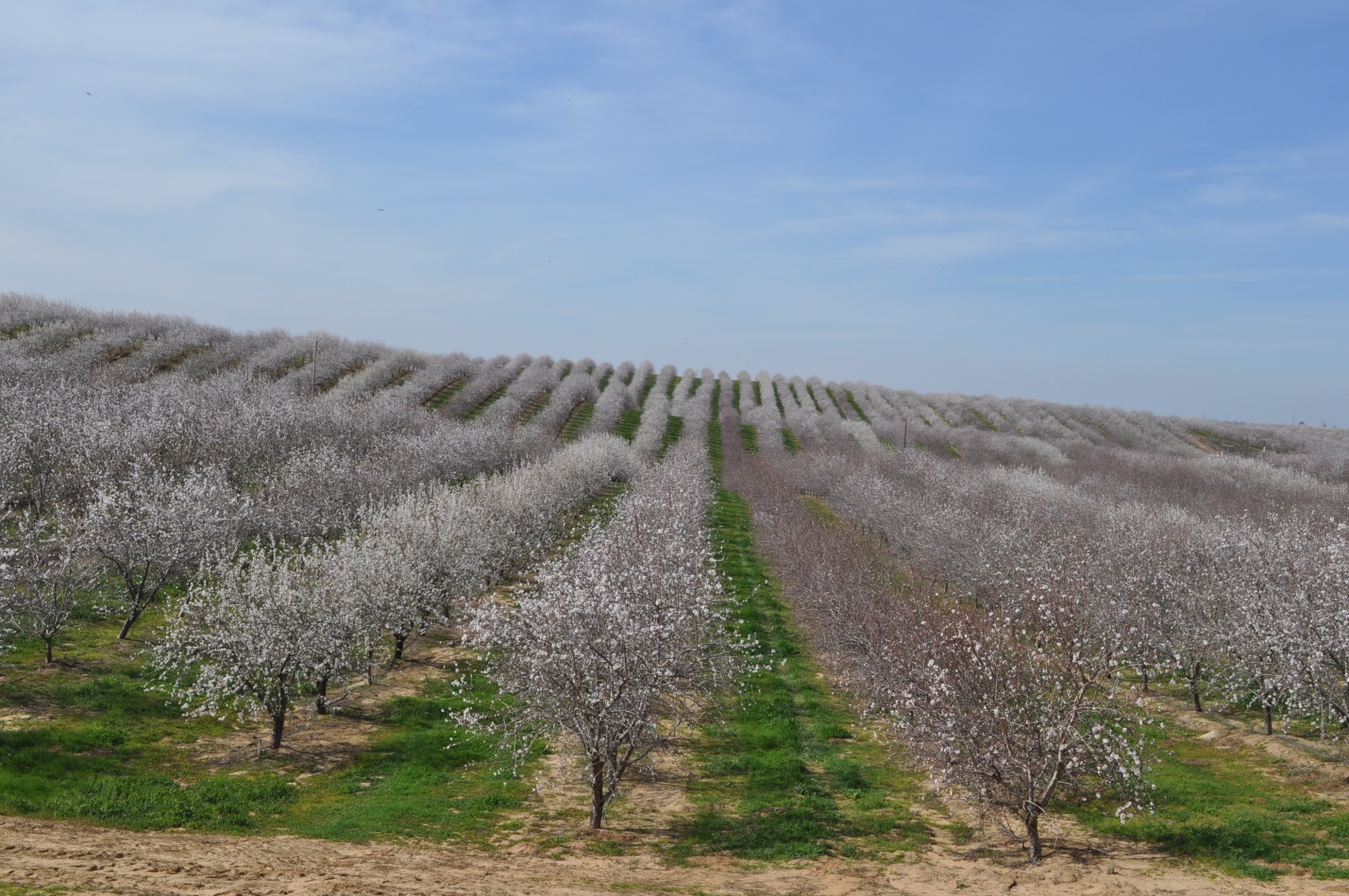 Of course it’s tricky to pinpoint lower nut prices specifically to worries of a wet blooming season. There are plenty of global trends also influencing pricing. A slowing world economy, including China, is lowering demand.

About 60 to 70 percent of California almonds are shipped internationally. In China, almonds are especially popular in the autumn and winter. Packaged nuts are an appreciated Lunar New Year gift.

“Our shipments to Europe and China are way off,” Rogers said.

The possibility of under pollination and a sub-par 2016 almond year also alludes to an agricultural ecosystem that increasingly has been moving toward higher margin, permanent crops likes almonds, walnuts and pistachios. Permanent crops mean you can’t idle farm land during dry years. That’s the opposite of annual crops like rice and tomatoes.

An area the size of Lebanon

California has endured four consecutive years of a drought. Amid low supplies, water prices have swung wildly — from $2,000 per acre foot in the southern part of the Central Valley to around $5 an acre foot in the northern portion , depending on local variables. (An acre-foot is roughly 325,000 gallons of water. Just imagine a swimming pool that’s an acre across and a foot deep.)

With such dramatic changes in water prices, more farmers have incentives to bet their farm and livelihood on higher margin, permanent crops. “As the water situation gets less predictable for farmers, they must go toward those higher value crops to stay in business,” said Gatzman of American AgCredit. “You have no choice but to grow the highest value you can.”

And high value often means nuts or wine grapes. Total California acreage devoted to four permanent crops alone — almonds, walnuts, pistachios and wine grapes — stands at nearly 2 million acres, an area the size of Lebanon, according to a 2014 trend report on agricultural land and lease values. The report is from the California Chapter of the American Society of Farmer Managers and Rural Appraisers.

Almond farmer Rogers owns a 175-acre almond farm in Madera, northwest of Fresno, and produces some 2,500 pounds of almonds per acre. He’s all in, on a single crop.

“It’s one of the thrills of farming,” Rogers said. “You just don’t know.”

Looking ahead, farmers naturally are focused on snowpack and what that will yield this year. Winter snowpack melts into spring runoff and eventually travels south to refill lower-lying surface reservoirs.

As always, the paramount concern is water. While forecasts vary, it could take another year or two of normal rainfall for California to recover from the drought.

A weather pattern known as El Nino has brought pockets of rain to California. But farmers aren’t out of the woods yet, especially junior water rights holders who acquired their water entitlements in more recent decades including the 1960s and 1970s.

“There will still be significant water curtailment for junior water rights holders,” said Crowder of Rabobank. “There will be some repercussions related to the drought. There’s a risk not all the reservoirs will be refilled.”