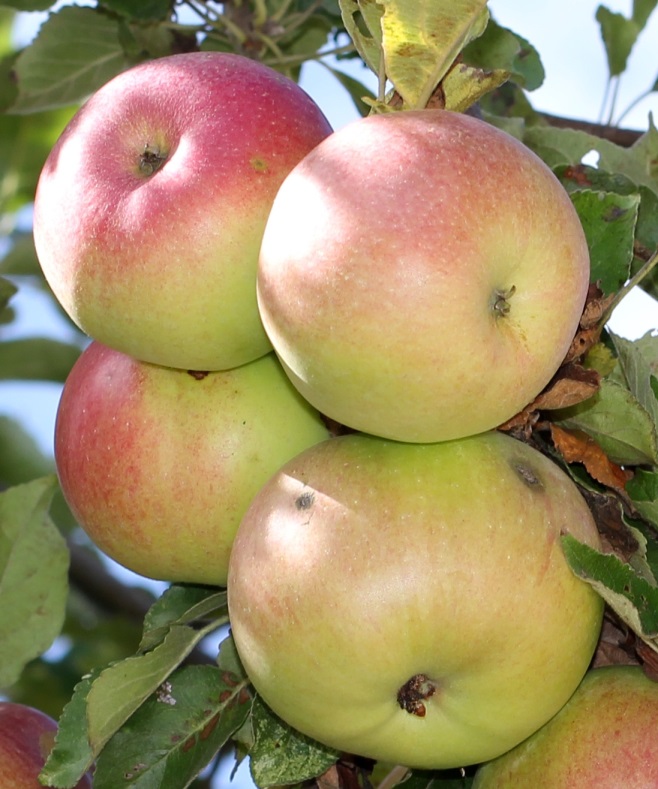 Highly variable winter weather and mites have hammered Ian Merwin’s honey bee hives for losses in recent years. And this Trumansburg, N.Y., grower counts on them to pollinate 150 apple varieties in three orchards at his Black Diamond Farm.

“Beekeepers have been losing honey bees at an alarming rate,” McArt says. “Our research indicates fungicides pose a much higher risk to bee health than previously realized, potentially making the bees more susceptible to disease. Using fungicides in tandem with insecticide sprays can make the insecticides even more toxic to the bees.”

How it might happen
The half-dozen hives Merwin keeps near his house — not in the orchards — showed high levels of benomyl fungicide. He has since stopped bloom-time spraying of that fungicide. Now he rotates IPM-based treatments, spraying only as needed, and early in the morning or late at night.

Learning about the impact of fungicides used to control apple scab pointed out that some products we thought to be safe for honey bees do affect their behavior,” Merwin says. “It makes them less effective foragers and slows larvae development in the comb.”

McArt’s research included evaluating pesticide residue in 120 hives on 30 orchards located across New York State. Hives at 22 of the orchards tested at levels of accumulated risk above regulatory concern for acute or chronic exposure.

But there’s a harder-to-explain catch: More than 60% of the pesticide risk in McArt’s study was attributed to pesticides not sprayed during apple bloom. They were possibly coming from contaminated wildflowers or other sources.

Merwin’s hives had previously revealed trace amounts of atrazine. But that herbicide hadn’t been sprayed on the farm for more than 30 years. It was presumed to be from historic use on neighboring cornfields.

Waters and woods under scrutiny
Honey bees will fly up to 0.6 miles from hives to forage. This year, Cornell researchers are evaluating the influence on native pollinators — native bees, wasps, flies and beetles — of the woodlands surrounding Merwin’s orchards on three sides.

Those woods haven’t been logged in 100 years. “They may be providing excellent bee habitat plus a nectar and pollen source early in the year when the brood is building its numbers,” he speculates.

McArt and his team are conducting their first comprehensive research to evaluate pesticide exposure and bee colony performance during pollination of apples, New York’s major pollinator-dependent crop. “Before our study, little data existed to explain why healthy commercial bees brought in to pollinate orchards were weak when removed,” McArt says. “This research funded by the New York Farm Viability Institute has helped us leverage federal funding to continue expanding our knowledge. It’s helping us determine which fungicides, insecticides, and fungicide-insecticide combinations may be more damaging than others.”

For more information, visit the Pollinator Network @ Cornell, https://pollinator.cals.cornell.edu/, which provides resources for general beekeeping, managing bee pests and diseases, and business-related materials, such as pollination services contracting. It also includes research updates on commercial and wild bee research. The site also has a form for reporting a pesticide-related bee kill. And there are links to more than 30 beekeeping clubs and discussion clubs in New York State.

Dunn writes from her farm at Mannsville, N.Y.