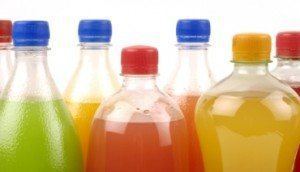 Beverage industry sues to stop San Francisco health warnings on soda. But the handwriting is on the wall.

The beverage industry sued in federal court Friday to try to halt ordinances in San Francisco that would require health warnings for soda and other sugar-added drinks.

San Francisco city officials unanimously approved last month an ordinance requiring billboards or other advertisements for sugary beverages to include the language: “WARNING: Drinking beverages with added sugar(s) contributes to obesity, diabetes, and tooth decay. This is a message from the City and County of San Francisco.”

The American Beverage Association filed a civil complaint in the U.S. District Court for the Northern District of California challenging the ordinances on health warnings and prohibiting ads on city property. It alleges both ordinances violate free speech rights under the First Amendment.

“The City is trying to ensure that there is no free marketplace of ideas, but instead only a government-imposed, one-sided public ’dialogue’ on the topic,” the complaint argues.

CHICAGO — An intense focus on added sugars consumption and links to obesity, diabetes and heart disease is motivating consumers to not only reduce…