By: University of Technology – Sydney 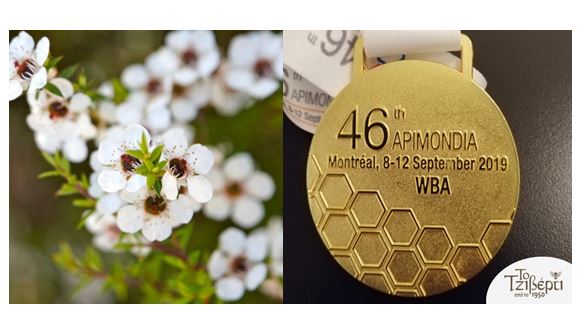 Australia has at least seven Leptospermum species that produce honey with exceptionally high levels of antibacterial activity, providing the scientific basis to facilitate the entry of Australian honey producers into premium medicinal markets.

That’s according to a new report led by University of Technology Sydney (UTS) Professor Liz Harry, in conjunction with researchers from the University of Sydney and University of the Sunshine Coast.

Praised for its antibacterial and healing properties, medical-grade honey sourced from Leptospermum plants has become a modern treatment for wounds and skin infections.

“Australia has 84 of the 87 species of Leptospermum. Yet before this study, the antimicrobial activity of our Leptospermum species was almost unknown, both locally and globally,” said Dr. Cokcetin.

“The research puts Australian honey producers on the world stage, positioning them as a leading and potentially abundant source of medical grade and high-value Leptospermum honey.”

The report found that specific chemical components relating to antibacterial activity of several Australian Leptospermum honeys was similar to that of its Manuka counterpart in New Zealand.

It also discovered that appropriate storage conditions of Australian Leptospermum honey was vital to reach its full potential, and outlined key differences between anti-fungal and antibacterial traits.

AgriFutures Honey Bee & Pollination Manager, Research Annelies McGaw said the latest research was an important step in enhancing the worth and profitability of Australian honey.

“Its findings are an important tool to help build the sustainability of Australia’s beekeeping industry. It also presents a stimulus for diversification of commercial honey production in Australia.”

Ms McGaw said the research team had communicated findings extensively and generated significant interest from members in the beekeeping industry, as well as in scientific and medical fields.

“The report shows that Australian honey could play a pivotal role in the clinical prevention and management of health conditions, such as skin and wound infections,” said Ms McGaw.

“More broadly, it provides key recommendations to further advance the value of Australian honey and make it easier for beekeepers, consumers and the medical community to understand its importance.”

The thyme honey Tziverti represented Cyprus and was awarded a gold medal this year’s Palais des Congrès in Montreal.

Held every two years, the World Beekeeping Awards are one of the most important events for beekeepers worldwide. This year’s event was held at the Apimondia International Apicultural Congress.

As for the aware, the aim is to highlight international excellence for honey and other bee products, with a focus on good beekeeping practices and respect for quality.

Open to all amateur and professional beekeepers, the competition is judged by a panel blind-tastes the honey samples from an unlabelled jar. This year 6,000 beekeepers from 80 different countries participated in WBA.

Demetris Papakosta, who founded Tziverti honey in 1950, carried on the on the tradition of using man-made hives of mud and clay, which was first applied in ancient Egypt. Having inherited 20 “tzivertia” from his father, Papakosta eventually exchanged the older hives with modern ones.

Using the modern hives, the beekeeper was able to transfer the bees every spring for the flowering of orange plants. In 1981 his son Zacharias with his wife Eleni founded Honeymell company under which the Tziverti Cypriot honey is being sold.

The company has beehives in Peristerona, Prodromos and Pissouri where eucalyptus, thyme, pomegranate, and wild olive trees are thriving, as well as different citrus trees. Tziverti produces wildflower and thyme honey as well as pollen and their products are sold in plastic and glass bottles.

In 2013, the same honey was awarded the most prestigious award of WBA called Carl and Virginia Webb Honey Bowl, receiving the official title “Best Honey in the World” among 112 other participations from 25 different countries.