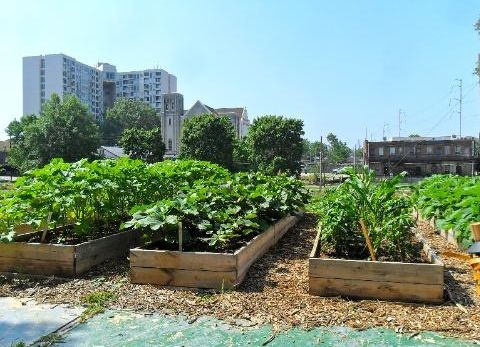 The services provided by urban farmers worldwide is estimated to be worth as much as $33 billion a year and have the potential to reach $160 billion.

The urban agriculture phenomenon has grown over the years for many reasons, each specific to the plot of land or rooftop it covers. While most of the benefits appear limited and local, when taken collectively there is a significant environmental impact that results.

Researchers led by Arizona State University (ASU) and Google assessed the value of urban agriculture and project an annual food production of 100 million to 180 million tons.

ASU graduate student Michelle Stuhlmacher says the most obvious benefit of urban agriculture is that it improves access to healthy foods.

There’s also energy savings of 14 billion to 15 billion kilowatt hours through insulation provided by soil on roofs, nitrogen sequestration of between 100,000 and 170,000 tons and avoided storm runoff of 45 million to 57 billion cubic meters annually.

“For the first time, we have a data-driven approach that quantifies the ecosystem benefits from urban agriculture,” says Matei Georgescu, an ASU associate professor of geographical sciences and urban planning.

“We’ve known there are benefits to having these small plots of land in our cities, but we found that the benefits extend well beyond having fresh food in the hands of those who will consume it,” Clinton says,

He says countries that have the most incentives to encourage urban agriculture share two primary characteristics –  sufficient urban area, and a national-scale mixture of crops that lends itself to urban cultivation.

“Relatively temperate, developed or developing countries with the right mix of crops are expected to have the greatest incentives for urban agriculture,” he says. “These would include China, Japan, Germany and the U.S.”