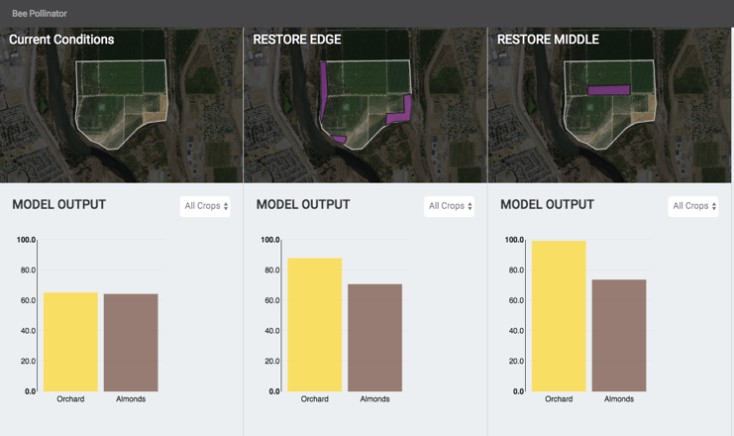 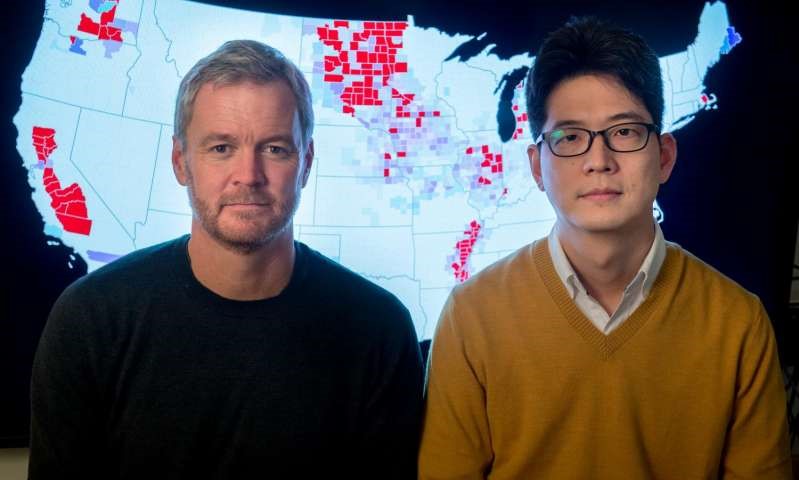 Let’s say a farmer wanted to plant wildflowers to nurture the bumble bees that pollinate her crops.

Currently, she would have to walk through her fields, assess possible locations, take measurements, spend hours crunching costs and still only guess at the amount of bees and pollination the effort will generate.

Soon, the farmer can do it all on her phone or computer with a mobile app that will calculate the crop productivity and pollination benefits of supporting endangered bees.

Farmers can save and compare different scenarios. “The app will do a pollination, productivity, and eventually, a cost-benefit analysis,” adds Ricketts, who is developing the app with Philadelphia software company Azavea. “Farmers can then determine which choices bring the best return on investment.”

A research team led by Insu Koh (right) and Taylor Ricketts, bee experts at the University of Vermont’s Gund Institute for Ecological Economics, has been studying the decline of wild bees in the US–and has helped create a mobile phone app …more

The app builds on the first national map of U.S. wild bees, which found the key insects are disappearing in the country’s most important farmlands – including California’s Central Valley, the Midwest’s corn belt and the Mississippi River valley.

That study, led by UVM bee researchers, showed that with further bee losses, farmers could face higher costs and the nation’s food production could experience “destabilization” due to climate change, pesticides, habitat loss and disease.

“We found 139 counties – which together contain 39% of pollinator-dependent U.S. crops – at risk from simultaneously falling wild bee supply and rising crop pollination demand,” says Ricketts, who published the map with UVM’s Insu Koh in the Proceedings of the National Academy of Sciences (PNAS) in December 2015.

“Farmers are a natural partner to protect bees, because pollinators are essential for growing many foods,” says Ricketts, noting that more than two-thirds of the most important crops either benefit from or require pollinators, including coffee, cacao, and many fruits and vegetables.

With the app, Ricketts aims to make the best available science and bee-friendly practices accessible to society – to make real steps to reverse bee losses.

“Government action is key, but saving bees requires more than that,” says Ricketts. “Leadership from the private sector, especially farmers and agricultural businesses, is crucial. Their choices will have a huge impact on whether pollinators fail or flourish.”

“This gives farmers a chance to help with an issue that directly impacts their businesses,” he adds.

Journal reference: Proceedings of the National Academy of Sciences