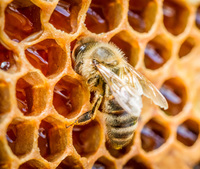 There are just a few months to go before the European Food Safety Authority (EFSA) updates its risk assessment on the potential risks to bees from neonicotinoid pesticides. The assessments for clothianidin, imidacloprid and thiamethoxam will be finalized next February, following a final round of consultation with pesticide experts in the Member States.

Jose Tarazona, head of EFSA’s Pesticides Unit, explains the complexities of the process.

“Our call for data generated a very large volume of additional information, which we have considered carefully,” he says.

“Additional elements were raised during the consultation with experts from the Member States, and we now want to make sure that these partners have the opportunity to look at the revised assessments before finalizing our conclusions.”

The European Commission imposed restrictions on the use of clothianidin, imidacloprid and thiamethoxam in 2013 following earlier risk assessments carried out by EFSA.

At the time EFSA scientists identified a number of risks posed to bees by the three insecticides as seed treatment or as granules, with particular regard to: their acute and chronic effects on bee colony survival and development; their effects on bee larvae and bee behavior; and the risks posed by sub-lethal doses of the three substances.

In some cases, EFSA was unable to finalize the assessments due to shortcomings in the available data.

Where the risk assessments could be completed, EFSA, in cooperation with scientific experts from the EU Member States, concluded the following for all three substances:

Last month, FoodIngredientsFirst reported how three-quarters of the world’s honey contain neonicotinoids. Concentrations of neonics were found in honeys from North America, Asia and Europe, according to a study published in the leading scientific journal Science by an interdisciplinary team from the University of Neuchâtel and the Botanical Garden of Neuchâtel, Switzerland.