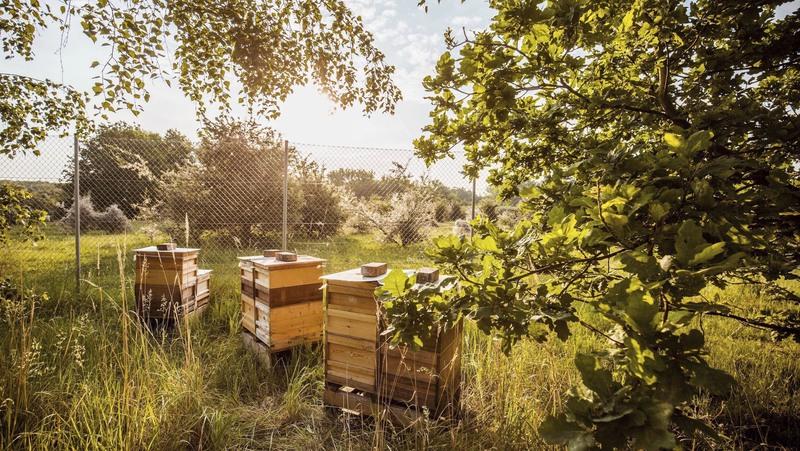 When was the last time the words “Porsche” and “honey” were mentioned in the same sentence? Years ago? Never? As implausible as it sounds, it’s not a figment of our imaginations anymore; it’s the real deal. Porsche, the company famous for building some of the most iconic sports cars in the history of the world, is now selling honey.

Before you start snickering at the thought of Porsche branching out from the auto world into the food business, it’s important to remember that this isn’t a hokey joke that was made up for spits and giggles. Porsche is actually harvesting the honey from bee colonies it set up in May 2017 around its production facility in Leipzig, Germany.

In the short space of seven months, Porsche has already produced more than 400 kilos (882 pounds) of honey, which it now sells in jars at its customer center shop under the

It’s unclear if harvesting and selling honey was one of Porsche’s end-goals when it established a 132-hectare nature reserve around its area in the early 2000’s, but the project has reaped benefits for a lot of parties concerned. Back in 2002, Porsche established colonies of Exmoor ponies and cattle in the area. The years that followed saw a dramatic increase in animal life, a lot of whom have made the area their homes.

The bees themselves were only introduced this year in response to the declining population of German bees. As it turned out, Porsche’s decision to introduce the insect has been so successful that the company already has plans to expand it in 2018. “We will continue the initiative next year, and we are planning to expand it. Our nature reserve offers the ideal conditions for bees,” Gerd Rupp, chair of the executive board at Porsche Leipzig, said in a statement.

If that expansion happens, you can be sure that we’ll be seeing more of the “Turbienchen” honey in our lives.