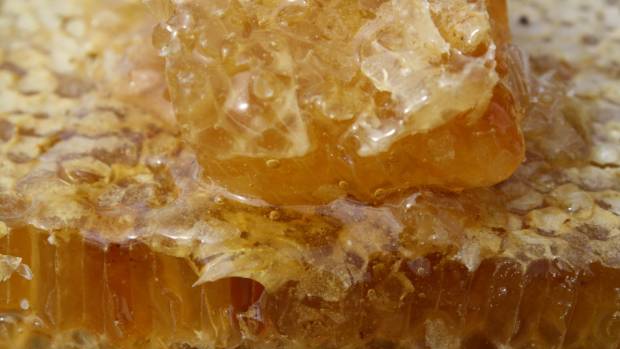 Manuka honey can demand as much as $500/lb or more.

Apiarists from outside Golden Bay are threatening the bay’s honey industry by pushing out local keepers from their long-held sites, Takaka beekeepers say.

Honey firms desperate to cash in on the manuka honey gold rush, from as far away as Canterbury and the North Island, are taking beekeeper’s sites by promising landowners bigger bucks.

Some are concerned about the increasingly cut-throat nature of the industry and the risks that come with the movement of beehives and over-stocking.

Terry Knight of Wild Bee Honey NZ said said more and more corporate beekeepers had been coming in to exploit the area and aggressively compete for sites.

Takaka resident Terry Knight, new owner of Wild Bee Honey NZ, said more and more corporate beekeepers had been coming in to exploit the area and aggressively compete with locals for sites.

Knight was recently asked to remove his hives from a property near Takaka where they had been situated for a decade.

Medical grade manuka honey can get fetch up to $1000 per kilogram.

A manuka honey company from Nelson had offered the landowner more money to keep their hives instead, he said.

But there were cases where beehives had not been looked after properly. Others had been abandoned and infected with disease.

“The immediate problem is the operators are not looking to find new sites but focusing on taking over long established ones from the local beekeepers.

“This is not good business for the bay, nor is it ethical, as it only destroys income for locals. It also shows a lack of business nous to create good relationships with other operators in the industry.”

Export dollars for manuka and other native honeys had grown from $47.8 million 10 years ago to $315 million export today, and medical grade manuka honey can fetch up to $1000 per kilogram.

Bay landowners with local beekeeper’s hives should talk to them if they are approached by outsiders, to at least negotiate a new fee or terms, Knight said.

Over-stocking occurs in apiculture when large numbers of bees are forced to compete for nectar and pollen because there isn’t enough for the number of hives in the area.

“To actively go and try to get rid of a person whose hives been there 10 or 15 years is relatively new here,” he said.

Fraser Wilson, a recently retired Golden Bay apiarist, said beekeepers had been coming over the hill for years without problems, but the honey industry was now at risk of losing a “friendly system” that had been in place for years.

“There’s a lot more who come in, take honey and go, but who don’t contribute anything to Golden Bay. We are a low income poor rural area and there’s an asset that’s being pillaged.”

Takaka beekeeper Simon Philip said over-stocking hives or situating them too close together could starve the hives because there was not enough pollen and nectar to go around. That meant less money for the beekeepers.

“The more hives there are in a given location close together, the higher the risk of diseases being spread. It’s worse, of course, if beekeepers don’t have the skills to recognise disease or manage their hives.”

Assure Quality apicultural officer Bryon Taylor said these issues were “not new” and had been concerning many beekeepers in the North Island for some time.

“Unfortunately, there is nothing in the current legislation that prevents any of this behaviour,” he said.

“So within that environment, there are some growing pains – it is a more competitive industry and business and that can mean more tension with people competing for land resources.”

She said it was important beekeepers maintained strong relationships with their landowners, and kept in regular contact with them.

It had developed Landowner/Beekeeper Land Use agreements to support formal contractual relationships.

“While it’s only voluntary, it is a good starting point and we are looking at how we can develop a stronger code for the future, appreciating the changes we’re seeing.”