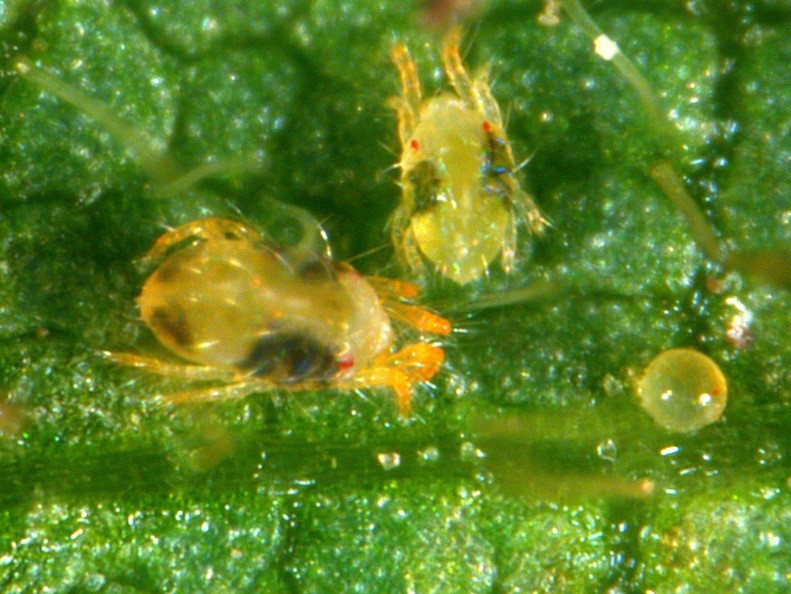 The pesticide has garnered negative attention recently, in part because of a spider mite outbreak it caused in New York. In 2005, neonicotinoid pesticides were sprayed on the trees in Central Park to combat the invasive Asian long-horned beetles living in the elm trees, as well as emerald ash borers, another invasive insect.

The insecticide did kill the invasive insects, but had the unforeseen consequence of causing a boom in spider mites, plant eating mites that eat hundreds of species of plants. Mites poke holes in leaves to feed, and they did this to the trees in the park so much that they began to drop leaves.

Ada Szczepaniec, an agricultural entomologist at Texas A&M University, investigated the outbreak. Her study found that it was not just the elms, but also crops such as corn and soybeans that had been sprayed by the pesticide also showed spider mite outbreaks. When investigating soybeans, she found that exposure to the neonicotinoid pesticides altered their genes involved with the cell wall and defense against pests, and changed them in such a way that the plant became more vulnerable to infestation. Other researchers noticed correlation as well, and recorded spider mite outbreaks on corn and other crops.

As well as spider mite outbreaks, the pesticide has had other quantitative effects as well, like an outbreak of slugs, due to the pesticide killing off their predators. It is toxic to bees and other beneficial insects. The pesticide has, at some locations, led to reduced colony size, altered foraging behavior, and suppressed immune systems, leaving the bees vulnerable to sickness and parasites. It affects bumblebees and solitary bees more severely than it does honey bees. Bayer, the chemical manufacturer and primary creator of neonicotinoid seed coatings, says that the class of pesticides are only a minor problem to bees, as they don’t suffer that much exposure. But multiple experiments have proven that they do cause harm, as even minor exposure over long period of time has detrimental effects. The pesticides are used in conjunction with pyrethroids, which likewise negatively effect beneficial insects and promote pesticide resistance in pest populations.

Even the seed treatments have harmful consequences. Some of the covering runs off with water, and ends up in local waterways. Beyond insects and water, neonicotinoid pesticides also cause harmful effects in birds, aquatic organisms, soil, and biodiversity as a whole.

The EU banned the pesticide because of the harm it did to bees. In 2016 the ban was reviewed, and the pesticides still kept off the market.

Ontario tried something similar, passing a law in 2015 to try cut use of the class of pesticides by 80 percent. The law posed an ultimatum to farmers who typically used the pesticide: if they could prove they had enough pests that they needed the pesticide, they could have it. On average, farmers lose from 1 to 2 percent of their crops if they don’t use neonicotinoid pesticides, but that number can be higher, up to 15 percent. As a result of those odds, many of the Ontario farmers reported that they needed the seed covering, and subsequently got it. There was no one to check up on whether the reports were accurate.

Szczepaniec and John Tooker, a professor of etymology at Penn State University, propose one alternative for farmers—integrated pest management. Integrated Pest Management is the use of pesticides in response to observed pests instead of preemptively using it. Two researchers from Cornell University, Dr. Rebecca Schmidt-Jeffris and Dr. Brian Nault, are investigating a new kind of pesticide, anthranilic diamides, that could replace more harmful kinds. Experiments conducted and reported did show that they worked just as well as the industry standard when applied in the same manner.