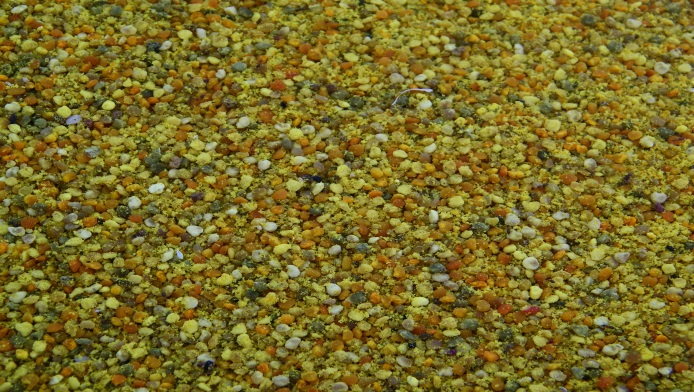 Beekeepers of Brejo Grande produce an average of 300 kg of pollen per month and attract buyers from several states of the Country.

Pollen production is transforming the reality of several families in Sergipe. The activity has been promising for dozens of beekeepers, especially in the municipality of Brejo Grande, where production reaches more than three tons per year.

Concentrated in the Brejão dos Negros village, pollen production became a reference thanks to its sweet taste and its light color. Coming from coconut palms, pollen grown in the region attracts buyers from several states and generates income for more than 20 families in the village.

The president of the Brejogrand Association of Bee Breeders and Artisans, Aubesson Bispo dos Santos, says that the production of pollen was approximately 300 kilos per month in the region. “We were the first to grow pollen in Sergipe, so we already mastered the technology.”

The activity is supported by the São Francisco and Parnaíba Valley Development Company (Codevasf), which since 2013 has already invested R $ 96,500 in the production and processing of pollen in Sergipe.

Of this total, R $ 27,2 thousand were invested in the acquisition of two pollen dehydrators and three dehumidifiers, distributed to the Brejograndense Beekeepers and Artisans Association and to the Association of Handicrafts and Apiculture of the Tigre and Junça Villages in the municipality Of Pacatuba, which also stands out for its pollen production in the Lower São Francisco Sergipano.

In addition to the supply of equipment, Codevasf has also carried out training courses in the State. In 2016, through the Amanhã Project (an initiative that facilitates training for youngsters from 14 to 26 years of age in rural areas), the Company started a course on beekeeping and management techniques in the municipality of Brejo Grande with the objective of training new pollen producers .

In addition to Brejo Grande and Pacatuba, 11 other municipalities have already benefited from Codevasf with productive inclusion actions in the beekeeping area. To date, there are already 282 families with production kits and 16 community entities benefiting from honey and pollen processing equipment.

In 2016, Codevasf started Apicultural Forests project  to deploy breeding for beekeeping in Sergipe. The action is part of a technical cooperation agreement signed between Codevasf and Sergipe Parque Tecnológico (SergipeTec), to enable the development of queen bees with greater aptitude for the production of honey, pollen or propolis, allowing an increase in the volume of production.