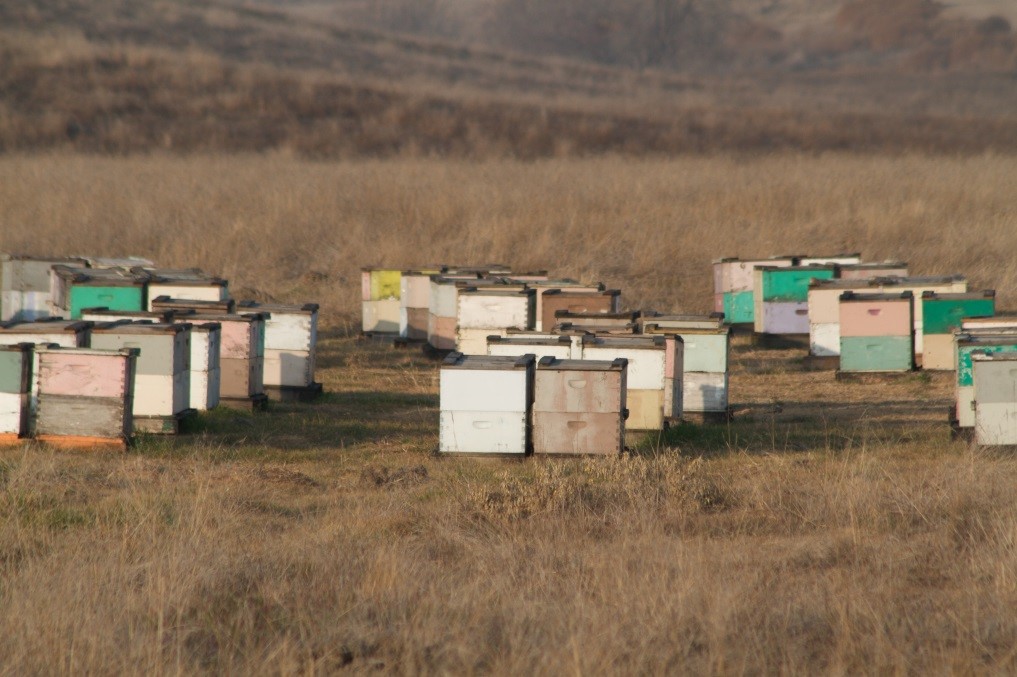 The Times reports Tveretinov targeted Central Valley almond orchards, and likely stole hives from all over the state of California in the last three years.

According to the Times story, detectives got a break in the case on April 28, following up on a hive theft report at an orchard in Fresno. Detectives saw Tveretinov in a beekeeper suit tending to more than 100 beehives.

He has been accused of lifting more than 2,500 hives, worth about $875,000, according to authorities. Hives were stolen at night and moved on flatbed trailers, where he would rent the hives out for cash, reports state.

NBC News says charges have not been filed because it may become a federal case. Tveretinov was released on $10,000 bail. NBC news also reports detectives got a tip from a beekeeper who recognized Lloyd Cunniff’s hives at Tveretinov’s nursery.

“It looked like a chop shop for bee hives,” Solis said. “They’re everywhere. They were scattered and different kinds are mixed with other kinds.”

Cunniff, owner of Beeline Honey Co., brought his hives to California to help pay back for the losses from colony collapse disorder that he suffered last year. In December, Cunniff shipped his bee colonies from his home in Choteau, MT, to a rural property in Northern California before being trucked to orchards in Fresno.

Cunniff told the Great Falls Tribune that thieves with flatbed trucks moved the hives from a site in Northern California on 122 pallets. He estimates the loss of more than $400,000 worth of bees.

The Times reports Cunniff flew to Fresno County to recover 622 of his stolen bee colonies and most pallets. He says his pallets were repainted and branded with the name of another beekeeping company name. He says his honeybees were kept on a large property with other breeds, and he suspects interbreeding and exposure to varroa mites as well as other diseases are possible.

“It was a nightmare. Some of it looks kind of good. Most of it is not that good,” he told The Times.