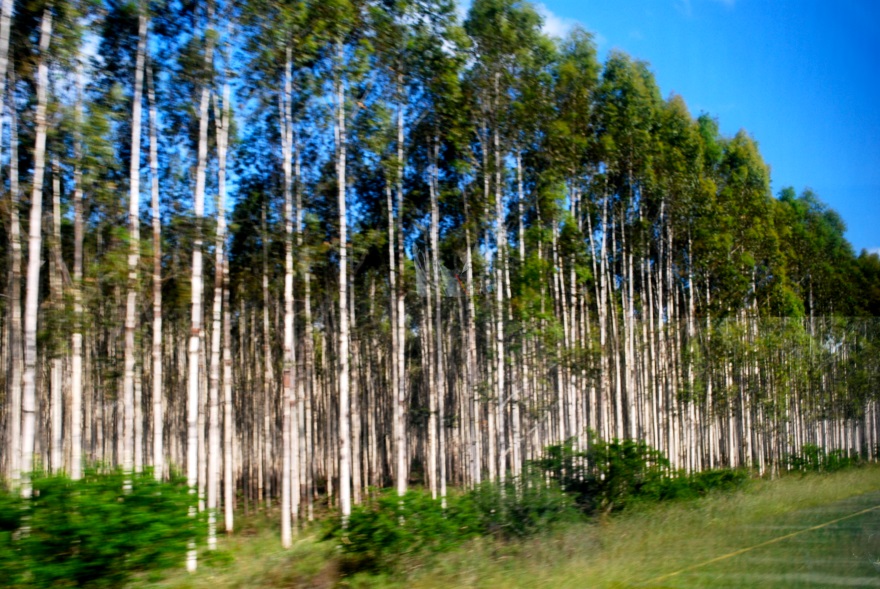 Tree species that can be mixed with crops will be planted on about 1.4 million hectares under a new strategic plan for agriculture transformation, the Ministry of Agriculture and Animal Resources (MINAGRI ) has said.

The move, according to Dr Octave Semwaga, the Director-General of Strategic Planning and Programmess Coordination at MINAGRI, will contribute to honey production through diversifying vegetation from which bees can forage, and enable Rwanda to tap into the European honey market.

Semwaga made the revelation in Kigali, this week, during a consultation workshop on the fourth Strategic Plan for the Transformation of Agriculture (PSTA4), which will guide Rwanda’s agriculture and livestock sector between 2018 and 2023.

Chantal Nyirakamineza, a beekeeper from Rutsiro District told Sunday Times that Eucalyptus trees, one of the species from which bees collect nectar to make honey, have been under attack by the bronze bug locally commonly called “Inda y’inturusu.”

The bronze bug is a sap-sucking insect that feeds on Eucalyptus leaves. In instances of severe infestations by the insect, leaf loss leads to severe canopy thinning, and this sometimes results in branch dieback or tree mortality, according to environmentalists.

The pest was introduced in Rwanda in 2013 mainly by eucalyptus plant materials exchange, according to a report on impact of some tree species on food production and ecosystems by Rwanda Environment Management Authority released in December 2016.

“From 2014, the Eucalyptus trees had flowers that bees used to forage, but the trees have turned red and lost their flowers, which has since reduced honey production,” Claver Kalisa, the vice-president of the Federation of Beekeepers’ Cooperatives in Rwanda, told Sunday Times, as he welcomed the new move by the government to grow more trees.

“We want government support so that we can be able to plant as many trees as possible if we are to get better honey yields,” added Nyirakamineza.

In June 2014, Rwanda was among third party countries accredited to export honey to the European Union following a rigorous process by an EU accredited lab. However, the country has hardly made use of the market because of shortage of honey, according to the Federation of Beekeepers’ Cooperatives in Rwanda.

“We plan to have at least 100 trees intercropped per hectare. We hope the development will help address the issues facing honey production,” Semwaga said.

“We should not lack honey while we have that [EU] honey export market,” he observed.

According to information from Rwanda Agriculture Board (RAB), the total number of beekeepers is estimated at 83,000, but only 45 per cent of these are active. Total national honey production amounts to 4,500 tonnes, while the total national demand of honey is about 16,800 tonnes.

The farm-gate price for a kilogramme of honey is about Rwf3,000, but the price goes up to about Rwf5,000 in supermarkets.

Dr Christine Kanyandekwe, the head of Animal Resources Department at RAB, said the planting of trees will go in hand with training beekeepers and enhancing efforts for beekeepers to move from traditional beekeeping practices to modern beekeeping, and queen rearing as well as tackling diseases affecting bees.

According to Rwanda State of Environment and Outlook Report of 2015, 29.2 per cent of Rwanda’s territory was covered in forest. Vision 2020’s goal is to increase forest cover to 30 per cent.

Given its high population density and the significance of agriculture to the economy, the report by REMA stated that agro-forestry represents the most important and wide-reaching restoration opportunity.

As per the Rwanda’s Green Growth and Climate Resilience under the National Strategy for Climate Change and Low Carbon Development, published in November 2011, agro-forestry will provide wood for fuel and social protection while avoiding deforestation.

Different tree species will be used in agro-forestry to provide construction materials as well as livestock fodder and food (fruit and nuts) which improve food security, the strategy states.

Rwanda is one of almost a dozen countries that have pledged to restore forest land in response to the Bonn Challenge – a global aspiration to restore 150 million hectares of the world’s deforested and degraded lands by 2020.

In 2011, the government pledged to restore 2 million hectares of land by 2020, which represents the highest national commitment to the Bonn Challenge to date.