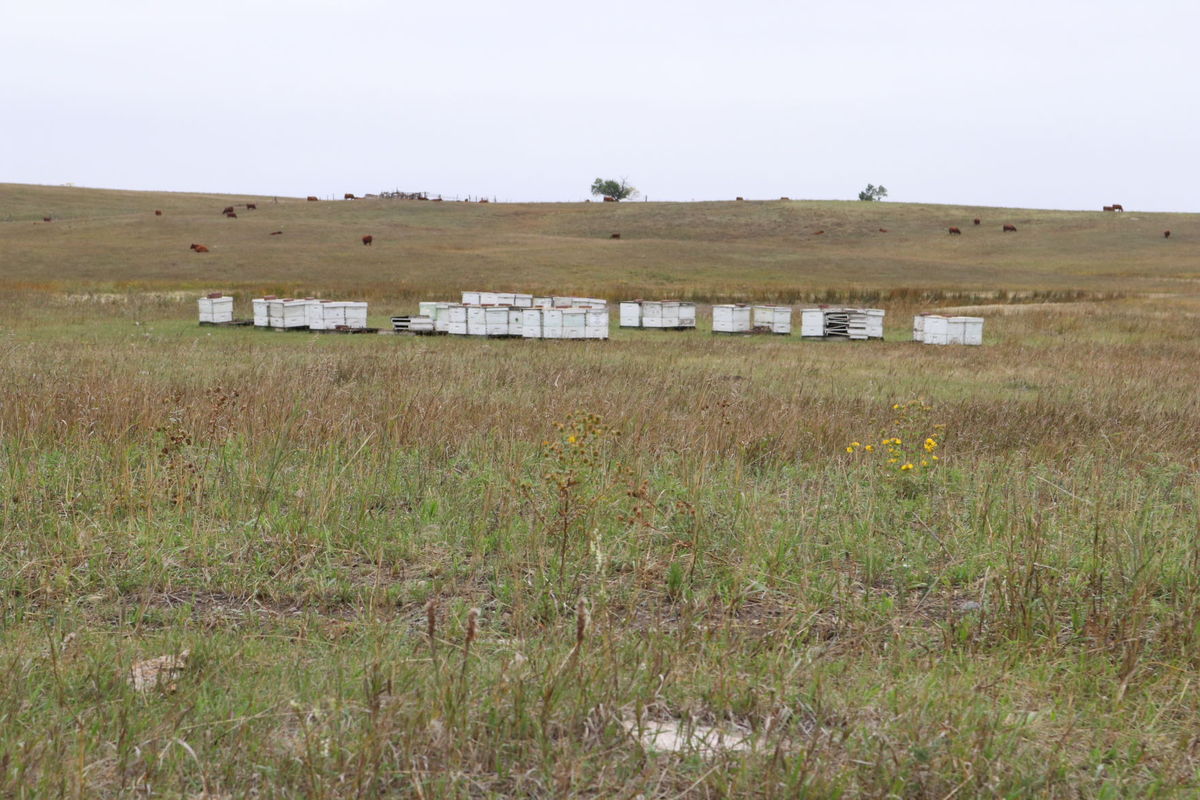 Even though much of the summer was dry in western North Dakota, Bonnie Woodworth says honey production has held on due to some late summer rains.

“Things perked up pretty well,” says Woodworth, of Woodworth Honey & Bee Co. “We ended up with a pretty decent crop.”

North Dakota, Montana and South Dakota consistently lead the nation in honey production. According to the U.S. Department of Agriculture’s National Agricultural Statistics Service, North Dakota produced 36.26 million pounds of honey in 2015, followed by South Dakota at 19.14 million and Montana at 12.118 million. The three states also have been the epicenter of drought in the U.S. this summer, and western North Dakota was consistently in some of the worst drought categories.

After some late summer rains, only 3.46 percent of North Dakota and 5.62 percent of South Dakota remained in extreme or exceptional drought. But the majority of both states remains in moderate or severe drought or abnormally dry conditions.

While Woodworth doesn’t expect honey production to be as good as last year, she’s happy compared to what it looked like in early summer.

“It looked absolutely terrible through June,” she says.

For her area, early snow melt and late summer rains saved the day.

Early in the season, snow melt helped the clover get started, she says. The bees hung in there, doing better than she thought they would given the conditions. When the Fourth of July rolled around and hay, alfalfa and clover were being cut, things weren’t looking too good.

“It was really dry then,” Woodworth says.

But late July rains helped get some sunflowers, buckwheat and canola to bloom, and the bees went to work. The canola, in particular, was a surprise. Woodworth says it hadn’t come up when it should have in the spring but grew and bloomed later in the summer.

“Everything was kind of messed up this year,” she says.

In some parts of the region, irrigation helps honey production stays consistent year after year. Jim Simpson of Simpson Honey Farms in Miles City, Mont., says his operation in southeastern Montana relies on irrigated fields, so the drought there hasn’t affected him at all.

Eric Hamilton, of Hamilton Honey Co. in Townsend, Mont., has a similar report. The area in which he operates contains largely irrigated land, but even without irrigation much of that area, farther west in Montana, had better early-summer conditions than eastern Montana did, he says.

However, the late summer wildfires in western Montana have had an effect. Hamilton has some hives in the Drummond, Mont., area, closer to the fires. But even in those places, the bees have done their jobs, and he expects “fair to good” production

“Where it’s really smoky, we still made honey,” he says.