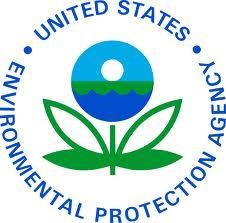 WASHINGTON, Oct. 15, 2016 – New measures to protect honey bees and fewer crop uses are included in the latest registration of sulfoxaflor, a Dow AgroSciences insecticide that was canceled last year.

The Environmental Protection Agency announced the registration decision Friday, 13 months after the 9th Circuit Court of Appeals found that EPA lacked sufficient data to show that it was not harmful to honey bees.

EPA canceled the registration in November, but subsequently approved it for use on cotton and sorghum under Section 18 of the Federal Insecticide, and Rodenticide Act, which allows pesticides to be used to protect crops in “emergency” situations even if the pesticide is not registered for that crop use. It proposed the new registration in May.

The final decision largely tracks that proposal, eliminating some crops that had been included in the previous registration. Those include “indeterminate blooming crops” such as citrus, cotton, soybeans, strawberry, and gourds such as squash and pumpkin.

EPA said it is registering sulfoxaflor, sold under the trade names Transform and Closer, for use “only on crops that are not attractive to pollinators or for crop-production scenarios that minimize or eliminate potential exposure to bees.”

“For those crops that are included and that are bee-attractive, sulfoxaflor will be allowed only post bloom, when bees are not expected to be present, and will not be allowed on any crops grown for seed, including turf,” EPA said. “These restrictions practically eliminate exposure to bees in the field, which reduces the risk below EPA’s level of concern such that no additional data requirements to protect bees are triggered.”

EPA said it also is prohibiting application if wind speeds exceed 10 mph and will require a 12-foot on-field buffer on the down-wind edge to protect bees from spray drift if there is blooming vegetation bordering the treated field. The agency also will prohibit tank mixing of sulfoxaflor with pesticides that have shown evidence of synergistic activity with sulfoxaflor.

A list of the crops approved for sulfoxaflor use follows.

EPA said it would consider the other uses “at a later date as data become available to support those uses.”

The Center for Biological Diversity said it was disappointed in the decision, calling sulfoxaflor a “dangerous bug-killer” and saying the agency had refused to examine its effects on threatened and endangered species. CBD also called the approval “a step in the right direction because it prohibits the use of sulfoxaflor on certain blooming crops, such as cotton, among other measures.”

In its response to public comments, EPA said that delaying sulfoxaflor’s registration to complete an Endangered Species Act consultation would not be in the public’s or the environment’s best interest because it would divert resources from “evaluating and regulating, where appropriate, what the EPA believes to be more toxic compounds, that . . . pose greater risk to endangered species than does sulfoxaflor.”