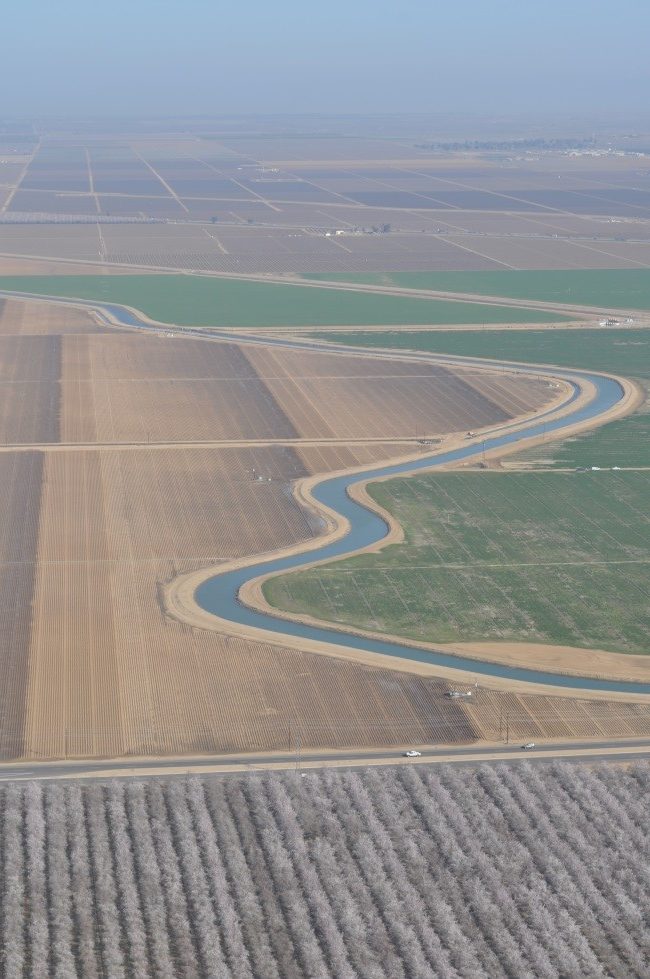 A new study by an Eastern Kentucky University researcher, used questionable spatial imagery to analyze almond plantings between 2007 and 2014 and has identified distinctly inaccurate trends about almond acreage, according to the Almond Board of California (ABC).

A poster associated with the project articulates that almonds are grown in the Salinas Valley, which is known for lettuce and other cool-climate vegetable production.

Such an assumption “is proven incorrect by the visual observation of anyone in, or anyone who has traveled to, this region,” states a news release from the ABC.

In addition, it is contrary to existing spatial research from an environmental consulting firm, Land IQ, as well as annual almond acreage report from the USDA-National Agricultural Statistic Service. “These sources have found that almonds occupy 1.1 million acres in California,” states the ABC, “which is five times lower than the Eastern Kentucky University researchers have reported.”

The research poster, “Monitoring Change in Agricultural Land and Water Usage in California’s Central Valley,” was presented Sept. 28 at the Geological Association of America annual meeting in Denver, CO.  The abstract and reference appear at the end of this article.

It was written up in an article posted that same day at Forbes.com, “In The Midst Of Drought, California Farmers Use More Water For Almonds.”

In that article, the study’s author, Dr. Kelly Watson, an assistant professor of geosciences at Eastern Kentucky University, is described as an expert in remote sensing. But according to the Almond Alliance of California: “A description of the project’s methodology indicates that it relied on ‘multispectral data NAIP imagery from 2007 and 2014’ to delineate almonds and other crops. National Agricultural Imaging Program (NAIP) aerial imagery for California in 2007 does not exist.”

The industry alliance also states: “The results narrative of the poster, states that ‘between 2007 and 2014, 650 thousand acres were converted to almonds in California’s Central Valley.’ However, annual almond acreage reports for those same years indicate 280,000 acres of growth, nearly 2.5 times less than the researchers found.”

According to the Forbes.com piece, Watson and her graduate student were originally going to use the data to study the states’ almond orchards in terms of how much honey bee pollination they would require. But they soon switched their focus to water.

“We were really shocked when we started looking at the data,” Watson told Forbes.com. “I was surprised this is happening in California with all the attention to the drought.”

According to the ABC, orchard development has not taken place on natural land as much as described in Watson’s study. According to a Land IQ analysis of almond orchard plantings over the last 10-15 years, 10% of those planted over that period replaced native vegetation (non-irrigated grassland). The other 90% of almond plantings during that period replaced both perennial and annual crops, the largest portion of which was replacement of existing almond orchards.

“And while some have suggested that the shift towards higher value, permanent crops, has led to an increase in agricultural water use, according to the California Department of Water Resources, the total amount of water used by agriculture has held steady since 2000, and has actually declined over a longer period of time,” says the ABC. “This is largely due to more efficient irrigation management and infrastructure.”

The commission says it’s also important to note that while almond acreage has grown in recent decades, Central Valley cities have also expanded. With them, urban areas bring greenhouse gas emissions nearly 60 times greater than agricultural lands, according to a recent statewide study of California emissions.

“California land is a shared resource,” said Land IQ Owner and Principal Agricultural Scientist, Joel Kimmelshue. “When fertile farmland is converted to urban use it benefits residents, but has the unintended consequence of increased greenhouse gas emissions. Balancing urban growth with carbon sequestering agricultural systems, such as almond production, can reduce the effect of urban heat islands and support farmland production on urban boundaries.”

According to the California Department of Conservation, between 1984 and 2010, 1.1 million acres of California irrigated farmland and nearly 370,000 acres of non-irrigated farmland was lost to urbanization. An analysis of growth in just nine major Central Valley cities since 1990 indicates that in total, those urban areas have increased in size by 43%, which equates to a loss of nearly 223,000 acres of farmland — an area equal to 69% of recent almond acreage growth.

“At the current rate, urban growth is far outpacing agricultural growth in California’s Central Valley and the balance between the benefits and costs of land use is changing,” Kimmelshue said.

The ABC says it is currently in contact with the researchers associated with the new studies to determine their data sources, methodology, validation steps, and ensure the highest level of accuracy in research related to almonds.

California’s Central Valley produces 80 percent of the world’s almonds. Almond cultivation is on the rise due to growing demand and low labor costs. As a result, almond acreage in the state increased by 50 percent between 1995 and 2015. The economic boom in almonds has led farmers to uproot less economically lucrative crops and plant almond trees in their place. However, almond orchards require large amounts of water and the state of California is currently experiencing a drought crisis. To better understand the role that expanding almond acreage may be playing in the drought crisis, we used geospatial techniques to quantify the spread of almond acreage and the conversion of other land uses (such as cotton, alfalfa, and pasture) to almond orchards. Using high-resolution NAIP imagery, agricultural land use maps, and crop water usage data, we then calculated the water usage rates of the original land uses in ArcMap GIS software and compared these numbers to the water usage rates of current almond acreage. Our results show the counties experiencing the most growth in almond acreage, the conversion rate of agricultural land uses, and the contribution of almonds to the water crisis in California.