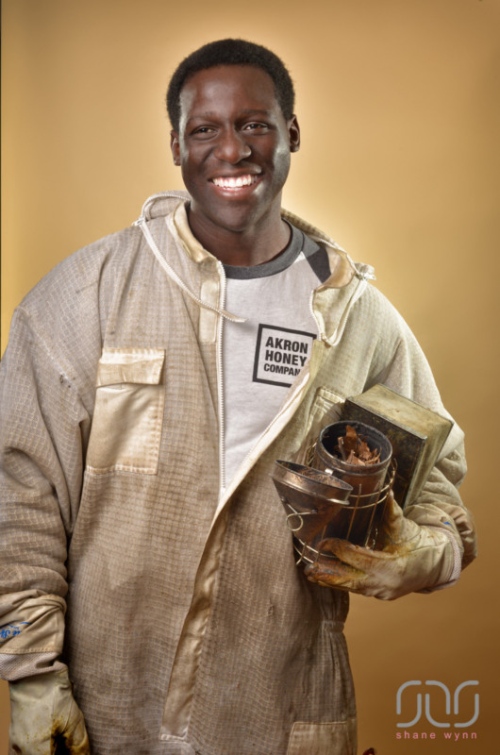 Cleveland Hustles, a new show from LeBron James’ company, will include an Akron business among the companies it showcases.

Premiering Aug. 24 on CNBC, the program “teams four successful Cleveland business leaders with local entrepreneurs looking for an investment to launch their own brick-and-mortar stores … in the Gordon Square Arts District, a once troubled neighborhood that’s working to rebuild.”

The Akron Honey Co. is one of eight enterprises highlighted on the program. Founded by Brent Wesley, also an R&B singer whose stage name is Wesley Bright, the 3-year-old company is “the first urban honey micro-batching operation to arrive in Akron,” according to its website, www.akronhoney.com.

Wesley wasn’t permitted to speak about the production yet, but Mary Hospodarsky, owner of Sweet Mary’s Bakery in downtown Akron, which has sold Wesley’s honey and used it in baked goods, said she’s glad Wesley is bringing some recognition to Akron’s food scene, helping to get the word out that the city is home to innovative food enterprises offering quality products.

“He’s definitely passionate about anything he does,” she said. “It kind of bleeds into anybody that he works with. It’s like anytime he’s involved in a project, everyone involved ends up being excited about it.”

The other seven businesses on Cleveland Hustles are Old City Soda, Randy’s Pickles, Styles of Success, GroundSwell and FOUNT, all Cleveland-based, and the Proper Pig in Lakewood.

“Each investor has chosen two businesses to investigate further,” CNBC said in announcing the details. “They’ll put these eight businesses through a series of tests before ultimately deciding on the four small companies they want to invest in and support as they take on the enormous challenge of opening storefronts in an underserved neighborhood.”

Hosting the show is B. Bonin Bough, chief media and eCommerce officer for Mondelez International, a major snack-food company including the former snacks division of Kraft Foods.

“This show is special to me because it’s about giving hard-working people a life-changing opportunity to make their dreams a reality while creating real change in the Cleveland community,” said Maverick Carter, James’ business partner in SpringHill Entertainment, in a statement. “I’m proud that SpringHill Entertainment is behind a project like this that is more than a TV show — it’s a transformational series that can lift up all of Northeast Ohio and one that will resonate with people across the country.”