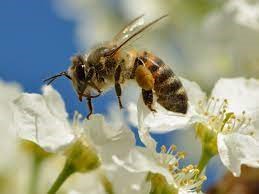 “With this ruling, the bees in California are getting much-needed relief just as we’re seeing some of the worst signs of colony collapse.”

The bee-killing pesticide sulfoxaflor is no longer approved for use in California after a ruling by a state superior court that environmental advocates say represents a win for pollinators and the nation’s food system.

In a statement Monday noting that “just about every commercial honey bee colony in this country spends at least part of the year in California,” Steve Ellis, president of the Pollinator Stewardship Council, called the ruling “incredibly important for pollinators” because “removing systemic insecticides such as sulfoxaflor will help ensure honey bees have a healthy future.” That’s especially crucial, he said, in light of recent “astounding losses” to honey bee colonies.

Represented in court by environmental law firm Earthjustice, Ellis’ group joined the American Beekeeping Federation in challenging the California Department of Pesticide Regulation’s (DPR) approval of sulfoxaflor, a chemical produced by Corteva, a spinoff company of the 2017 Dow-DuPont merger.

The bee advocates note that sulfoxaflor is similar to the class of pesticides known as neonicotinoids, neonics, as they both “systemic” pesticides—making their way from root to plant tissue—and lethal to bees.

In the ruling, handed down Friday by the Alameda County Superior Court, Judge Frank Roesch agreed with the petitioners in finding that that regulators failed to provide an “adequate description of the environmental setting into which the new sulfoxaflor pesticides will be introduced” and that the “public reports do not satisfy the requirement of a meaningful consideration of alternatives.”

There was also no disclosure to the public of “why the agency approved the project after consideration of the potential environmental impacts of the approval of sulfoxaflor,” the ruling said.

Earthjustice attorney Greg Loarie welcomed the decision but said that the state had more work to do to protect bees and other pollinators.

“Honeybees and other pollinators are incredibly important in our food systems and our wider ecosystem, but they’re dying in droves because of pesticides like sulfoxaflor,” he said in a statement. “With this ruling, the bees in California are getting much-needed relief just as we’re seeing some of the worst signs of colony collapse.”

“Now,” he added, “California needs to turn its attention to protecting pollinators from the entire class of neonicotinoid pesticides that threaten our future.

The plaintiffs’ victory came as they fight the Environmental Protection Agency’s 2019 federal approval of sulfoxaflor, and as scientists continue to sound alarm about the global loss of insects—a trend linked to pesticide-dependent industrial agriculture and described as an “unnoticed apocalypse.”