‘Bad Precedent’ in Allowing Bumblebee Species to be Considered Fish

The California Supreme Court has denied a petition to prevent four bumblebee species from being classified as fish under the California Endangered Species Act (CESA). President and CEO of the Western Agricultural Processors Association (WAPA), Roger Isom said the decision could set “a bad precedent.” Allowing bumblebees and other insects to be considered for protection under CESA leaves several questions for the future. 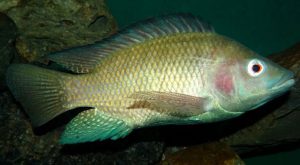 “What are the areas that are going to be identified where these four species exist? Are we going to be able to be farming by those? Is it going to lead to further pesticide restrictions? Just how far-reaching is that impact going to be?” said Isom. “But more importantly, now you’ve opened the door. What other insects are going to be listed as endangered?”

The court decision does not immediately mean that the four bumblebee species are protected under CESA. It means that the California Fish and Game Commission has the authority to do so. WAPA and several other agricultural groups had been working to prevent insects from being included in CESA. One of the significant concerns has been what the endangered status would mean for farming. At a time when enhancing pollinator habitat is increasingly prioritized in ag production, adding bee species to the CESA may disincentivize those efforts.

“What happens if you get one of these endangered species – if they end up being listed – one of these in your habitat and somebody sees it there? That could have a far-reaching impact as to what you can do on that farm and around that area,” Isom noted. “I don’t want to speculate too much, but I think based on previous history there’s a genuine concern as to how big of an impact this could have.”

Associate Justice Patricia Guerrero was the only one to vote in favor of hearing the petition for review. A statement by Chief Justice Tani Cantil-Sakauye suggests the law could be reworded by the Legislature to clear up any ambiguities. Justices Carol Corrigan and Joshua Grobans also concurred with the statement.

We are here to share current happenings in the bee industry. Bee Culture gathers and shares articles published by outside sources. For more information about this specific article, please visit the original publish source: ‘Bad Precedent’ in Allowing Bumblebee Species to be Considered Fish (agnetwest.com)