Australia NSW keepers must kill bees to get payments 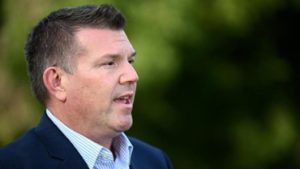 Compensation to support New South Wales, Australia beekeepers through a deadly parasite outbreak will not be issued until the affected bees have been euthanised.

The varroa mite that attacks and feeds on honey bees was detected near Newcastle in June, prompting the creation of emergency eradication and surveillance zones.

As the government worked to trace and remove the parasite, some 97 infected premises were detected around the Hunter, Narrabri and Coffs Harbour areas by mid August.

Bees are vital to pollination, with billions of dollars worth of crops threatened if it doesn’t occur.

Honey bee colonies within eradication zones have to be euthanised and this must be reported to the Department of Primary Industries. The hives must also be inspected and managed by officials.

An $18 million federal-state government support package was announced in July and NSW Agriculture Minister Dugald Saunders says keepers are now being compensated for their bees, hives, frames and other materials that had to be destroyed.

“You’re not getting paid before your bees have been euthanised but as that happens the compensation is available very quickly,” he told a budget estimates hearing on Monday.

“I understand it’s difficult if you’re looking at income and you haven’t had any income.”

The amount of compensation was negotiated by the federal government after consulting with the Australian Honey Bee Industry Council, Mr Saunders said.

Additional support is in place for commercial beekeepers including compensation for fuel, income and honey production.

Recreational keepers who euthanised their hives are also eligible for up to $550 in compensation per hive or $200 if they retain the hive, only killing the bees.

Mr Saunders says his office is confident most recreational keepers in the emergency zones have been identified, after a few hundred people a day helped locate hives during the outbreak.

Recreational keepers had come on board to register their hives for the industry’s future sustainability, he said.

Last month NSW eased restrictions on some beekeepers, with those outside the emergency notification zones allowed to move bees and hives more freely.

To combat its own varroa incursion, Victoria introduced a statewide permit system for anyone bringing bee or bee products across its border last month, which will not be granted to people from NSW.

We are here to share current happenings in the bee industry. Bee Culture gathers and shares articles published by outside sources. For more information about this specific article, please visit the original publish source: NSW keepers must kill bees to get payments | The West Australian