/ By Alexandra Jones and Keely Johnson 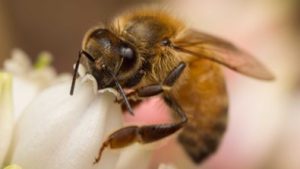 Bee pollination services will not operate in the Coffs Harbour “red zone” until at least March next year.(Supplied: Jeremy Jones)

Berry growers on the NSW Mid North coast say summer berry supplies will be impacted as an aggressive plan to eradicate the varroa mite in the Coffs Harbour region gets underway.

The parasite was detected at Nana Glen in July.

Despite heavy surveillance finding no new cases of the deadly bee parasite in the area since, the eradication of all commercial and recreational hives in the 10-kilometre “red zone” will commence by the end of this week.

Around 1,000 beehives will be destroyed, leaving one of Australia’s largest berry-growing regions without proper pollination services for at least six months.

“It was challenging news for the growers to hear,” Berries Australia chief executive Rachel McKenzie said. 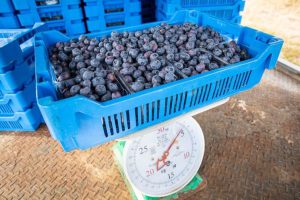 The absence of bee pollination services for six months will impact around $20 million of blueberry crops and $7 million of rubus berry crops, such as raspberries and blackberries.

Twenty-six berry growers are known to be within the designated eradication zone, but Ms McKenzie says the impact on individual growers will be varied and some will face a “major blow”.

“The main blueberry harvesting season won’t be impacted… but berry varieties that come through in December will be significantly impacted … there may be some reduction in supply in the December period,” Ms McKenzie said.

The Coffs Harbour berry industry accounts for around 80 per cent of the state’s production, and the impacted region generates around $100 million in revenue per year.

Coffs Harbour MP Gurmesh Singh, a former chairman of berry producer Oz Group Co-Op, says while it is an “understandably upsetting situation” it is important to take strong measures now to protect the industry’s future.

“The financial impacts could be very, very large in this area if the mite were to spread, we could be talking somewhere in the vicinity of 15-20 per cent of Coffs Harbour’s GDP tied up in pollinating berries,” Mr Singh said.

“While the plan doesn’t deliver a guarantee, it delivers more certainty around next year’s crop.”

On top of eradicating all managed hives, baits will be set in the “red zone” to target feral bee populations where the varroa mite may have spread undetected.

Minister Saunders, who travelled to Coffs Harbour this week to meet with affected apiarists and growers, says the decision to bring forward euthanasia and baiting has been carefully considered to ensure no further outbreaks in the area.

“It’s awful … but what we do now impacts not just next year but possibly the year after,” Mr Saunders said.

“By eradicating [hives] now as quickly as possible … we can make sure that by next year we can be back to full production or as close to it as possible,”

“Baiting will make sure any feral bees essentially destroy their own hives by picking up bait and taking it back to the hive.”