Substance, banned in more than 100 countries

The federal Court of Appeals in the District of Columbia today rejected the Environmental Protection Agency’s approval of the highly toxic pesticide aldicarb on Florida oranges and grapefruits.

The ruling came in response to a lawsuit filed in March by farmworker and conservation groups after the EPA approved expanded use of the pesticide without fully assessing harms to protected plants and animals, in violation of the Endangered Species Act.

Aldicarb is banned in 125 countries, being one of the only pesticides classified as “extremely hazardous” by the World Health Organization. But in the final days of the Trump administration, the EPA approved its use on 100,000 acres of Florida citrus; a decision that was upheld by the Biden administration.

“We’re thrilled the court has rejected use of one of the most dangerous pesticides in history on Florida oranges and grapefruit,” said Nathan Donley, environmental health science director at the Center for Biological Diversity. “This important decision is a sharp rebuke of the EPA’s pesticide office, which even under the Biden administration chose to dismiss science and the law to protect profits at the expense of farmworkers, children and endangered species.” 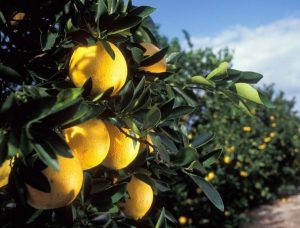 In April the state of Florida also rejected the Trump administration’s decision to approve aldicarb’s use on Florida citrus because the EPA failed to fully assess the neurotoxin’s harms to endangered species.

Florida agricultural officials also pointed to the grave threat aldicarb poses to public health and the environment. In denying approval of aldicarb use on Florida citrus, state agriculture commissioner Nikki Fried said that “aldicarb poses an unacceptable risk to human, animal and environmental health in Florida.”

“We applaud this decision by the court whose ruling confirms what we already knew — that there is no place for a toxic pesticide like aldicarb to be used on crops in Florida where our workers and our water would be at grave risk,” said Jeannie Economos, coordinator of the Pesticide Safety and Environmental Health Project at Farmworker Association of Florida. “Farmworkers can breathe a bit easier knowing that this neurotoxin will not be used on the citrus crops they harvest. We are grateful to Florida commissioner of agriculture Nikki Fried for refusing to allow this toxin to poison our communities, our food and our environment. This decision sends a message to EPA — protecting people and the environment must be their top priority.”

The EPA had approved use of up to 2.5 million pounds of aldicarb on Florida oranges and grapefruit.

“We hope that the EPA now follows the science and not the demands of the pesticide industry and permanently bans the use of aldicarb on Florida’s citrus crops,” said Dr. Alexis Temkin, a toxicologist with the Environmental Working Group. “Aldicarb is a potent neurotoxic pesticide that is a dangerous threat for young children who are exposed when eating oranges or enjoying orange juice for breakfast.”