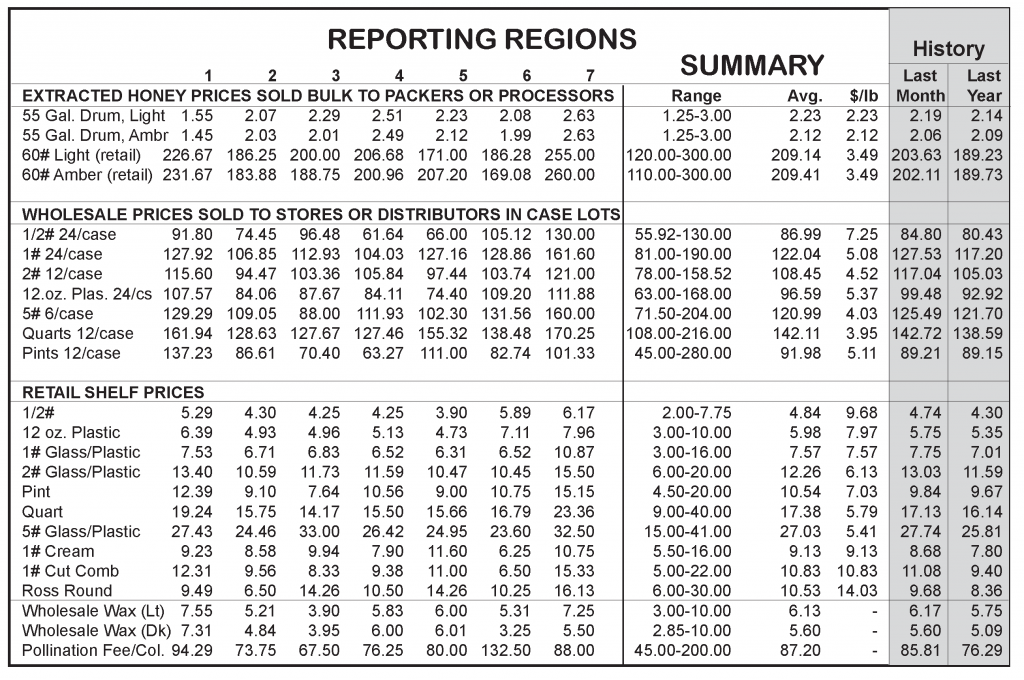 We queried our reporters this month with several management questions covering pests, feeding, queens and other aspects of keeping bees. Take a look and see how they do bees, and where your operation falls in the list.

16% routinely medicate for Nosema, and 17 routinely treat for AFB. That AFB figure will change next year we suspect with the new antibiotic regulations coming on. 86%, however, routinely treat for Varroa, which meshes nicely with the fact that 39% are using survivor or locally obtained queens.

When feeding, 56% use sugar syrup, 24% give HFCS, while 12% feed fondant, and only 19% use a stimulant. Meanwhile 46% offer pollen substitutes and only 8% feed collected pollen.

Varroa IPM is important to all our reporters, but they vary in how, what, when and why. 55% use organic acids for treating, and 24% use essential oils and only 20% use drone comb removal. Using what works, and is cost effective in their operation remains the choice of most beekeepers.

Beekeepers are groupies, sort of. Only 60% belong to a local association, while 35% belong to a regional group, and only 20% belong to a national association. Other surveys we’ve conducted, of beekeeper readers who are not regular contributors, have memberships in these groups at just over half of these numbers, so our reporters are more social than many.

10 frame equipment dominates the beeyard still, with 79% using those big boxes. 15% are using 8 frame, and 11% have top bars. 18% do use 5 frame nucs during some part of the season, but in our group essentially nobody had a warre or other type of hive. This makes sense actually, since our reporters are businesses for the most part.

Queens are a problem everywhere it seems, but less so with those who rigorously chase Varroa. But where do you get new queens? 29% buy all of their new or replacement queens, 46% buy some, and raise some, and 13% raise all of theirs. But what kind of queens you ask? 17% have some Russians, not surprisingly 49% have Italians (maybe this is a surprise in that it’s not more), 43% have Carniolans, and as noted, 39% are using at least some local/survivor stock, while 18% take whatever they can get and 31% are raising their own best stock. A good choice.

Old comb replacement should be practiced more we believe, but only 8% replace two year old or newer comb, 27% move out three year old comb, while 65% change it out when they have to, which wasn’t asked about – so we are guessing when a comb breaks, or it’s very, very dark.