Hang around an online forum for Beekeepers, and you find out fast that they can be an opinionated bunch. 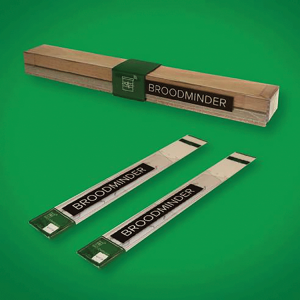 There’s often lots of advice, but little data beyond experience. For many it feels like beekeeping is more of an art than a science. While that’s good for a chuckle now and then, it also speaks to a common frustration of beekeepers. It quickly becomes clear that having some hard data and the ability to collaborate would be a big help.

Until recently the typical beekeeper had to jump through a lot of hoops to collect data from their apiary.  Often that resulted in clunky homebrew setups that offered a hodgepodge of features that didn’t quite check all the boxes. The level of difficulty in setup limited adoption, and made it hard to share findings and learn from other beekeepers.

From its humble beginnings, the BroodMinder project had at their heart making citizen science a breeze. The varied souls that came to make up the BroodMinder team were brought together by their desire to collect and share data from their own hives. Now, with affordable BroodMinder sensors  and a robust software platform in MyBroodMinder.com to collect and display data, that dream has become reality with BeeCounted (www.beecounted.org) displaying the data publicly. 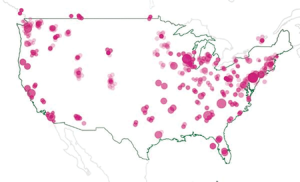 Areas where BroodMinder has participants in the program.

BeeCounted is the new public domain portal for MyBroodMinder.com (formerly Beekeeping.io), the web application designed by Dave Strickler to organize and display data collected by BroodMinder devices in the field.  BeeCounted is already tracking data from hundreds of apiaries, and is now the public facing pathway to the world’s largest public repository for honey bee data.

With BeeCounted, beekeepers with a BroodMinder setup  now have a way to point interested parties to their beehive data by sharing a unique website address for their hive. Beekeepers can also locate other nearby apiaries on a map and see how they are doing in comparison to their own hives. Researchers and Citizen Scientists are also using the data being collected by BeeCounted for their own scientific study.

So how will this data be used? It’s only limited by the beekeeper’s imagination. For researchers, it will be used to conduct research on honey bee populations around the world. For backyard beekeepers, it may be a way to identify best practices (overwintering hives in colder locations, for example). And for some, it may be just for bragging rights, as in, “look at how heavy my hive is with honey this year”!

While sharing your hive data has amazing possibilities, BeeCounted also understands the concern for beekeepers to be anonymous, by placing apiaries on the map by zipcode, and not by a postal address, giving only the town location. Earlier this year, a chop shop of nearly a million dollars worth of bees was broken up in California and officials report the problem of hive thefts is on the rise.  Also, apiary and hive names are removed from the site, allowing the hive to only be identified with a random code.

For Citizen Science around honeybees, this is just the beginning of some exciting possibilities. The team has plans in the works for many new features and new uses for their data. There is now an active and engaged community around the BroodMinder sensors, including university researchers, commercial and backyard beekeepers, and thought leaders in the care of honey bees. This interest is only expected to grow with the ability to share and collaborate on BeeCounted.