The often heard refrain that Varroa is the primary cause of colony losses associated with CCD is simply not supported by the evidence.

In June 2014 President Obama issued a memorandum creating a Pollinator Health Task Force. Co-chaired by the USDA and the EPA it was charged with creating a national pollinator health strategy to promote the health of pollinators, including honey bees. One of the outcomes of the task force’s work was the implementation of a policy by the EPA that among other things, recommended that states and tribes in the U.S. establish Pollinator Protection Plans.

In 2016 the Vermont Legislature passed Act 83 creating a Pollinator Protection Committee. This committee composed of beekeepers, researchers, farmers, pesticide applicators and a government official from the Vermont Department of Agriculture, was charged with a number of responsibilities including evaluating the status of pollinator health in Vermont, as well as the effectiveness of pesticide applicator licensing and regulation. I was privileged to be one of two beekeeper representatives chosen to serve on the ten person committee. 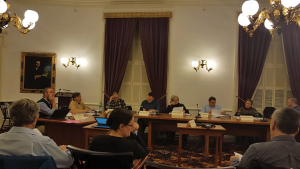 Unfortunately, I did not discover until after I had agreed to serve, that the Vermont Pollinator Protection Committee was also directed by Act 83, to develop a State pollinator protection plan using the framework and critical elements from the Association of American Pesticide Control Official’s Pollinator Protection Plan Guidance. This requirement sent up a huge red flag for me. It appeared that the pesticide lobby had been hard at work trying to ensure that the pollinator protection committee would be boxed-in in such a way that whatever recommendations we came up with would not threaten the pesticide industry’s profits. I wondered to myself, would it be possible to develop a meaningful pollinator protection plan and recommendations while following a guidance framework written by a group that is an integral part of the pesticide industry and actively works on the “development, implementation, and communication of sound public policies and programs related to the sale, application, transport, and disposal of pesticides?”

Thankfully, while our committee followed the AAPCO framework we did not limit ourselves to only doing so and as a result, were able to put forward some recommendations based on sound science and common sense that has the potential to make the state of Vermont a leader in the area of pollinator protection. Over the course of the next few months, I intend to share many of the things I learned and some of the things the Vermont Pollinator Protection Committee considered when drafting its recommendations for the state of Vermont.

Pesticides Rise to the Top 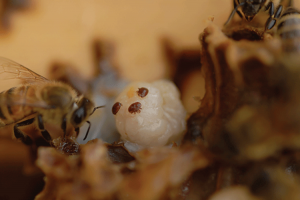 Varroa mites were around a long time before CCD occurred indicating that something other than Varroa is the primary cause of the dramatic increase in colony losses we have seen over the last decade.

Upon consideration of the many variables deemed responsible for colony health (nutrition, pathogens, pests, etc.) pesticides quickly rose to the top as the most obvious issue that needed to be grappled with in order to turn the health of pollinators around. Varroa mites are the number one scapegoat used by the pesticide industry to divert attention from their toxic products. But Varroa were already established in France from 1963 to 1994 without any reports of mass colony deaths in the French literature. It wasn’t until the agricultural use of imidacloprid was introduced in 1994 that beekeepers began reporting dramatic increases in colony losses. Similarly Varroa was first identified and spread throughout the U.S. in the late 1980’s and early 1990’s but it wasn’t until the mid-2000s that CCD emerged as a major problem. CCD would not have waited some 20 years before becoming a problem if Varroa was the true catalyst in creating the disorder.

Since most every colony has mites, or will have them soon, it can be honestly said the Varroa is the biggest problem bees and beekeepers have to deal with. However, we can’t let this designation distract us from the evidence that strongly suggests that it is actually pesticides, and their lethal and sub-lethal effects, that is primary responsible for the dramatic increase in colony losses that have been associated with CCD over the past 10 years.

When it comes to talking about pesticides, I want to be clear – there is growing evidence that all pesticides are likely to have some kind of an effect on honey bees and pollinators. It does not matter if the pesticide we are talking about is an herbicide, fungicide, miticide, or those that are actually designed to kill insects: insecticides. Today’s primary focus on the systemic insecticides known as neonicotinoid pesticides, is because these chemicals are the most widely used insecticides in the world.

An evolutionary leap in pesticide technology

Organophosphates, which the EPA is working to phase out due to their toxicity to humans, kills insects at a dose of a few parts per million (ppm), but neonicotinoids kill at parts per billion (ppb). However neonics don’t just kill insect pests, they also poison many other organisms and contaminate the soil and water. Just to give you an idea of the level of toxicity we are discussing here, one part per billion is equivalent to one teaspoon in 1,000 metric tons of water, roughly the volume of an Olympic swimming pool. Five to 10 teaspoons of clothianidin in an Olympic pool (5-10 ppb) would disable or kill every bee that drank from it.

The second evolution leap is that these poisons are systemic. Applied as a seed coating, they are absorbed in the water and are taken up by the roots. The pesticide industry’s rationale was that neonics could be used on food crops, with little or no danger to people or non-target organisms like bees, because the chemical stayed inside the crop and never reached the flowers. But that has proven to be absolutely false. Neonics render every part of the plant toxic, from the roots to the flowers including the pollen and nectar, so that the plant in essence becomes a pesticide itself.

Unfortunately, when a canola or corn seed is coated with neonicotinoids, only about three percent of the poison is absorbed into the plant. The balance (about 97 percent) diffuses into the soil. When protected from sunlight, neonics are highly stable and can persist in the soil for three to five years. On clay soil, they can last 19 years. Since soil residues may be present for years following an application (Jones 2014), untreated plants may take up residues of neonicotinoids still present in the soil from previous applications (Bonmatin 2003, 2005).

Neonics are also water-soluble, so they leach into ditches and ponds, streams and rivers.  This allows the pesticide to migrate great distances from the fields where the treated seeds are planted and be taken up by wild plants and trees – the very foraging sources that would normally act to dilute, and to some extent mitigate, the toxins in the pollen and nectar that foragers collect from treated and contaminated plants.

The third evolutionary leap is that neonics are used prophylactically as a kind of pest insurance policy. Farmers are using pesticide coated seeds year after year whether they have pest problems or not. This practice goes against decades of smart farming where growers only spent money and put resources into using pesticides when they had a verifiable problem and a need existed.

The increasing prophylactic use of neonicotinoids, such as seed coatings, applied before pest damage has occurred represents a shift away from integrated pest management (IPM) and this has been shown to hinder the use of biological control agents. For example, in a recent field study researchers found that the use of thiamethoxam-coated seeds depressed the activity and density of the predatory ground beetle, Chlaenius tricolor, thereby partially eliminating predation of crop-damaging slugs, resulting in a 5% reduction in soybean yield (Douglas 2015).

Next month, in Part II of this series, we will look at some of the documented impacts that neonicotinoid pesticides are having on pollinators and wildlife, before moving on to their effects on honey bees themselves.

Ross Conrad is the author of Natural Beekeeping: Revised and Expanded Second Edition.