It’s a busy, extremely hot month for Kim and I and when you sit down in your favorite chair to read this October issue, Summer will officially be over. The older I get the faster the time just flies by. My goal has become to just keep doing as much as I can, as well as I can, knowing all of the time that I won’t ever be completely done.

In mid August we travelled to Charlotte where Kim spoke at the Cabarrus County Beekeepers Association. What a treat! It was an all-day Saturday meeting and Kim was the whole show. He gave four talks – wore him out, but we had a great time. These folks treated us like they’d known us forever. I feel like we’ve made some new friends for life. Mark Smith headed up the team and organized getting us there and taking very good care of us. He picked us up from the airport, drove us where we needed to be, showed us a bit of the area and got us safely back to the airport on Sunday morning. Thanks Mark.

From Charlotte we headed straight to Norfolk, VA airport and then to Hampton, VA for the 2018 EAS Conference. Kim and I have been to a bunch of EAS meetings and this was by far one of the best. And from the numbers we’ve heard it was one of the biggest conferences ever. The best part of EAS is getting to see those dear friends that mostly you only get to see once a year. 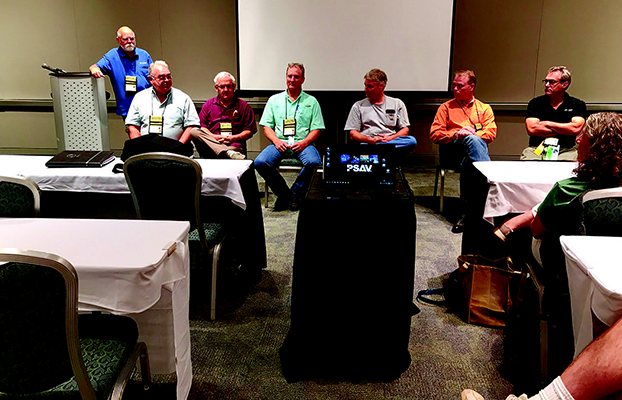 Kim heading up a panel discussion at the end of the first day of Short Course at EAS 2018.

A special treat this year – seven of our New Zealand friends were at EAS. These were the folks who treated us so special when we made that trip. That NZ trip will always rank near the top as far as adventures go for Kim and I. So it was extra special to get to spend a bit of time with them. 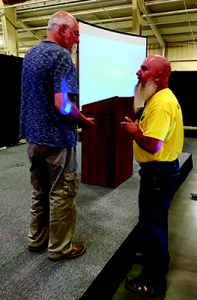 Kim and Mark Smith getting ready for Cabarrus County meeting. 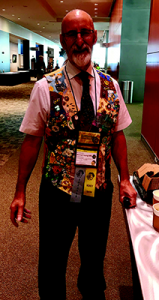 Another of our International treasures was present this year – Michael Young from Northern Ireland. Michael is a chef, artist, meadmaker, beekeeper and so much more. We met Michael about 15 years ago and over the years have been able to spend time with him and his lovely wife, Rae and their family. It had been about three years since we’d seen him this time. Michael was a speaker this year and also a judge for the annual honey show.

Our advertising coordinator, Jean, attended her first EAS this year. She was able to connect with people she already deals with and to meet new advertisers and friends. If you had a chance to talk with her you realize how special she is to us here at Bee Culture and how well she does her job. Thanks Jean for taking time away from family to be gone from home for a week.

Kim and I were there for the entire week. Kim gave several talks and we sold books. We also did several Facebook live episodes. Some folks got cheated a little because of weak wifi signal. There are two things in life I can’t control – Weather and Wifi! 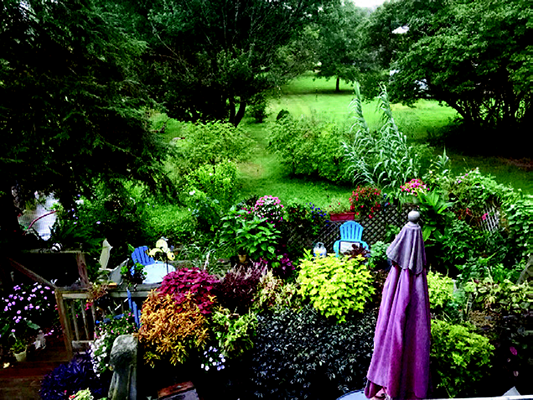 Our garden and deck, early September 2018.

It was an extremely hot Summer here in northeast Ohio. We had over 20 days of 90 or hotter – Very unusal for us. The garden is doing okay, even though we were so late getting most of the stuff in. So, it’s still nice and hot here and we’re still getting lots of tomatoes, beans and squash. The bugs and worms got all of the broccoli. We tried growing tomatillos this year for the first time. Not sure what happened, but they didn’t do well. The plant got huge, but the ‘fruit’ just didn’t produce. Any suggestions? 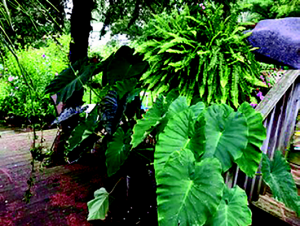 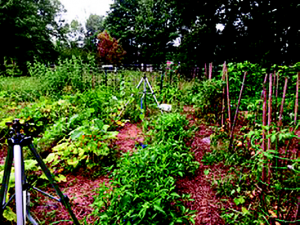 Bees not doing so well either. I think we’re down to three or four strong hives. In the last few days we’re just starting to smell the goldenrod honey being brought in. That’s always a treat. Kim says it’s the smell of money. Unfortunately, even though we have a nice bloom we are having days and days of rain. So we probably won’t get much of that nice honey this year.

This was the Summer of some major repair projects around the old house. The house we live in was a kit house built in the 1920s. Kim has lived there more than 30 years and I’ve lived there almost 12 years. So over the Summer months in the extreme heat we had roofers come in to repair a leaky porch roof. We had tree guys come in to remove some very old trees that were getting unsteady. We had some drainage pipes put in to compensate for some landscaping hiccups from a neighbor which kept leaking into our basement. And best of all, we got all new windows throughout the house. 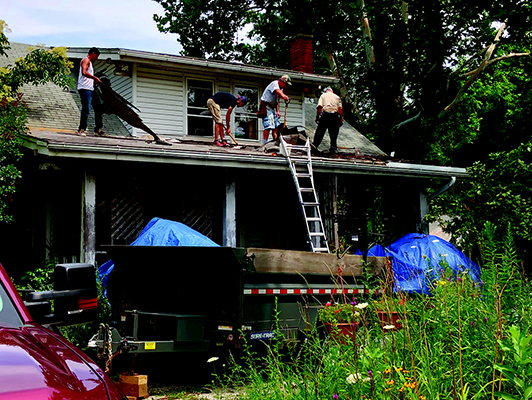 This was quite a project for Kim and I. The guys who put the windows in – friend Ben and his team of two – were amazing. They showed up on a Saturday at 8:30 a.m. and were done and out of the driveway at about 3:30 p.m. However, when you get new windows you have to move everything away from the windows before they get there. Some of you have been to our house and you know how much ‘stuff’ we have. So that took about two days to get everything out of their way. 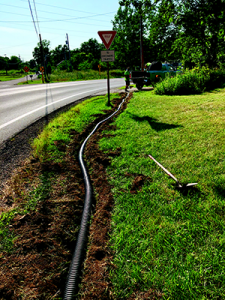 Of course, after they’re done you have to put everything back. We’re still working on that. The goal is not to block any of the windows with large pieces of furniture. So it’s a process! We have found things we didn’t know we had. Some of the windows had not been opened since I’ve lived there, so it was a joy to have every window in the house open. 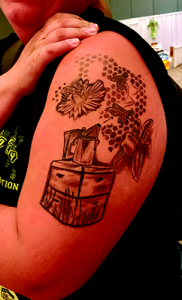 On our travels we run into many interesting people – bee people and others. I’m fascinated by the number of people that have amazing tattoos. I’ve toyed with the idea of getting just a small bee on my wrist, maybe. But the thought of the pain involved has always kept me from it. Several years back we did a story on bee tattoos. We want to do it again. So please send us photos of your bee tattoos – please keep it clean – and down the road in a few months we’ll do another story. Send to Kathy@beeculture.com. Here are a couple of examples of ones we’ve run into lately. The one on the arm was a lady at EAS 2018. The other was a young lady in a local Medina restaurant. Kim and I stopped for supper one night and had on bee t-shirts (imagine that) and she showed us her tattos. She’s not a beekeeper, just likes bees.

So heading into Fall and Winter I hope your bees are strong and that you’re ready for whatever Mother Nature throws at us this year.

Here at Bee Culture we are gearing up for our annual Fall event – this year it’s My Story and we have over 120 people registered already. If you’re one of those we can’t wait to see you. It will be a great time.