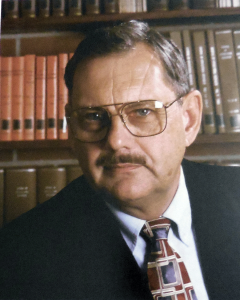 Dr. Eric Erickson died April 13, 2016, 13 days shy of his 76th birthday. He is survived by his loving wife Lucille and sons Eric and Jeffrey Erickson, and William Schad. He and Lucille combined have 5 grandchildren, the center of Eric’s post retirement life.

Eric was born in Lakewood, Colorado, where he grew up on a poultry farm and developed his interests in agriculture and biology.  He attended Colorado State University where he received his bachelors and masters degrees in entomology. In 1965, following the completion of his masters, he entered the U.S. Army as a 2nd lieutenant in the Medical Service Corp and served as a Medical Entomologist in Vietnam (1966-1967) where he earned an Army Commendation Medal.

He left the army 1967 and entered the University of Arizona where in 1970 he completed a Ph.D. in entomology. Armed with his new Ph.D., Eric began working for the United States Department of Agriculture – Agricultural Research Service as a Research Entomologist in the North-Central Honey Bee Research Laboratory, Madison Wisconsin. He became Research Leader in 1981 and provided oversight until the lab was closed in 1986. He then moved to Tucson to become the new Laboratory Director of the USDA-ARS Carl Hayden Honey Bee Research Center. Eric directed the center until his retirement in January 2002. 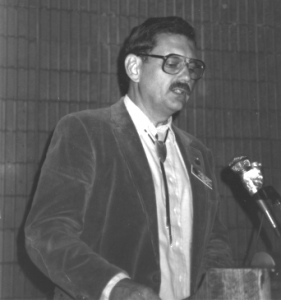 Bolo tie and corduroy jacket – this is how we remember him.

Eric’s research and leadership career was marked with high productivity and many successes demonstrated by publication of more than 140 scientific articles and research papers, one book, and numerous book chapters and review articles. He also was awarded two patents. Adjunct professor appointments at the University of Wisconsin and the University of Arizona provided Eric opportunities to mentor students.  Combined, he mentored eight Masters/Ph.D. students and three postdoctoral fellows. His research was always innovative, looking at fundamental questions of biology with an eye to how they could be used to address the problems of beekeeping and pollination. He was awarded the James I. Hambleton Award for Outstanding Research (1986), the Western Apicultural Society Award for Outstanding Service to Beekeeping (1995), USDA Award for Public Service (1996), USDA-ARS Outstanding Senior Scientist of the Year (1998), and numerous USDA Certificates of Merit.

Eric Erickson the person, was a decisive leader, caring supervisor, and untiring mentor.  He had the ability to take a 10,000 foot perspective on any problem or issue and find the clear path to resolution. He guided his students and those he supervised with a personal warmth and genuine interest. Eric is one of the most important people in my life, as I told him many times. He “rescued” me from failure twice and provided me a template for administrative leadership that I used successfully throughout my career. I will miss him.  Rest in peace Eric. 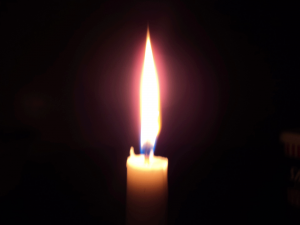 Department of Entomology and Nematology