In twilight, my wife’s poppaw Lowry was already sporting blue-plaid pajamas and was supposed to be retired for the day.

Yet there he stood firmly in his slippers. He and an acquaintance with a swarm in the top of a backyard maple held an A-frame ladder steady. Tied to the A-frame ladder was the bottom of an extension ladder, its top fully extended twenty feet and wavering unsupported in the airspace below a small limb wrapped with writhing bees. At the top of that extension ladder clung a man in a white beekeeper’s jacket. I was just about to cut the limb with a pair of hedge clippers when Lowry said, “Wait, let’s figure about this.”

“What?” I shouted back annoyed, having already dropped the hedge clippers once and having just figured out a way to brace one handle against the ladder and apply pressure to the other handle to perform the cut.

“If you’re holding the ladder with one hand and cutting the branch with the other, how are you going to hold the branch to bring down the swarm?” Lowry asked.

“I’m not,” I answered back, “I’m going to let it fall to the ground.” In my mind that was a reasonable idea. I had caught many a swarm by shaking the bees to the ground and then putting the hive box beside them. The bees run into the dark confines of the hive.

“But we don’t have bee suits,” Lowry answered.

The acquaintance concurred, “Boy, I don’t know you good enough to get stung up. It ain’t worth you dying.”

I went down to do some more figuring.

The figuring degenerated quickly. When the best beekeeping solution a trio can propose involves a shotgun or chainsaw, then it’s likely better to call it a night. We decided on the chainsaw. After tracing back the origin of the limb with a flashlight, we braced the ladder against the trunk and I proceeded to climb, running chainsaw in hand. The idea was to slowly saw into the shoulder of the limb and stop at the gravitational point where the limb begins to lever down in a controlled descent instead of suddenly dropping. All went well, surprisingly. I sawed into the shoulder of the limb without sawing my shoulders or limbs. The swarm safely touched down. We celebrated like Houston command and control after guiding astronauts in from orbit. 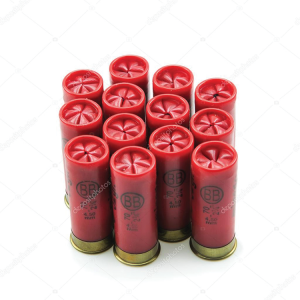 Beekeeping isn’t rocket science. But it does involve figuring. Not to be confused with the real science that Randy Oliver does, figuring is what a beekeeper does when faced with flummoxing situations, when he rationalizes foolish solutions, when he decides to go ahead and work the meanest hive despite forgetting his gloves and lighter for the smoker, when he smells skunk and hears something rustling in the bushes behind the hives and decides to have a look, when he gets a bee in a veil and then decides to remove the veil in a bee yard in the throes of revolution.

Be careful out there this swarm season. Remember to figure. And figure on figuring being wrong half the time at least, especially if ladders, shotguns, or chainsaws are needed after dusk. If said materials are required, be sure to have a witness record the feat with a smartphone. If not mortally wounded, you can send the video into the funny video show for money (does that show still exist?) or upload it to Youtube for viral fame. Generally speaking, foolish attempts at catching bees are at least as funny as skateboarding accidents, groin hits, and laughing babies. These days, the world needs to laugh more. Remember to figure.