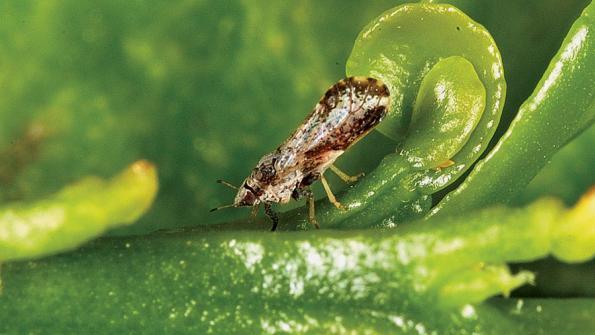 Florida orange output will drop almost 30 percent from what it was last year, the U.S. Department of Agriculture’s (USDA) National Agricultural Statistics Service (NASS) forecast on in December.

NASS predicted 69.0 million boxes of oranges from Florida this season, below the 74 million it forecast last month and the 80 million included in October’s forecast. This latest number represents a 29 percent reduction from last year’s output of 97 million.  NASS forecast 36 million boxes of early, midseason and Navel oranges, down 24 percent from last year. The forecast for Florida Valencia oranges stood at 33 million boxes, down 33 percent from last season and an 11 percent drop from NASS’ prediction last month. Florida frozen concentrated orange juice (FCOJ) continued to drop as well though the 1.56 gallons per box is up from last year’s 1.50 gallons a box. However, in October, NASS forecast 1.61 gallons a box which was lowered to 1.58 gallons per box in November. The Florida Department of Citrus (FDOC) reacted to the grim forecast on Wednesday. “It is still early in the season and we have learned that forecasts can be fluid,” said Shannon Shepp, executive director of the FDOC. “Here at the Department, we continue to remain focused on supporting the efforts of our growers through impactful programs that promote Florida citrus as a healthy and delicious part of everyday life. Florida citrus is a premium product valued by consumers around the world and this forecast does not change that.” NASS also forecast that Florida grapefruit production would drop from last year’s 12.9 million boxes to 11.5 million boxes.

The reason, of course, is the tiny Asian insect that carries, and spreads Greening disease, caused by a bacterium, which infects, then blocks the vascular system of the tree, thus killing it. It is also called yellow dragon disease andis officially called Huanglongbing disease.

The disease, according to Bloomberg Business Week magazine, has led to more than $7.8 Billion in losses and the elimination of more than 7,500 jobs from 2006 when the disease was discovered through last season.

Florida Department of Citrus predicts that harvest by 2026 could be down to 27 million cases. Brazil, the world’s largest citrus producer has about 35 million infected plants, about 20% of their trees. Because they are so large, growers there can control the disease better by maintaining a 100 meter distance between groves.

US growers have taken the approach of curing the disease, primarily with significant doses of pesticides and nutrients, but also using thermotherapy, heating the disease and slowing the bacteria. Pesticide resistance has increased in the psyllid insect population in Florida, leading to extraordinary spray schedules in some places. Brazil has concentrated on preventing the disease by primarily by removing infected trees, isolation and killing the insects in some cases.