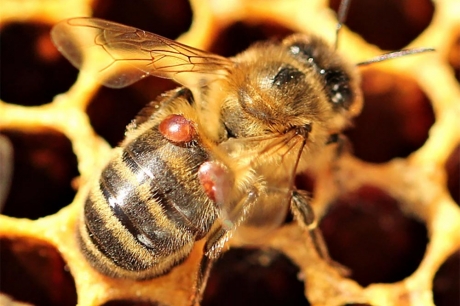 We conclude that “robber lures” is a better term than “mite bombs” for describing colonies that are succumbing to high mite loads and are exuding mites to neighboring colonies.