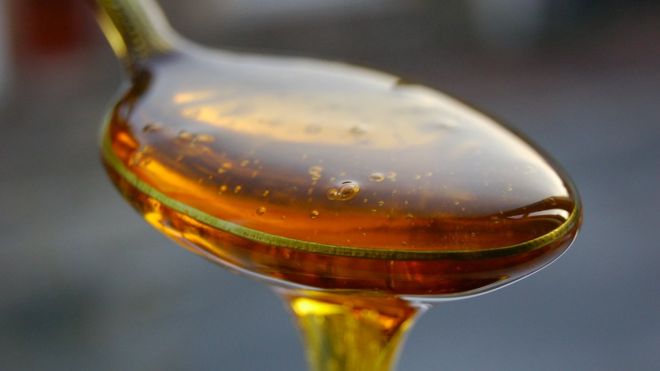 Tesco has temporarily withdrawn pots of its own-brand honey amid concerns that it contains adulterated ingredients.

It comes after tests conducted by Richmond council in London indicated that “Tesco Set Honey 454g” contains syrups made from sugar.

The Food Standards Agency (FSA) said it was “[looking] into these reports” to see if further action was necessary.

The supermarket chain denied there were any problems with the product and insisted it was “100% pure”.

Concerns were raised over the honey, which costs £1.35 per jar, by Richmond council in south-west London, which conducted tests after it was alerted by a member of the public.

“The findings of the analysis is that there is likely to be adulteration with non-natural products,” a council spokeswoman told the Sunday Times.

The council contacted the FSA, which confirmed it was looking into the matter, but has denied it called for Tesco to withdraw the product.

“We are continuing to look into these reports to determine whether further action is required,” the FSA said in a statement.

“Honey is a natural but complex product and there are a number of different tests which may be used to determine authenticity.”

Nevertheless, the retailer said it has temporarily taken the honey off the shelves for further examination, but insists the product is “100% pure, natural and can be directly traced back to the beekeeper”.

“We carry out regular tests to ensure our honey meets this standard and is fully compliant with all legal requirements,” Tesco said in a statement.

“However, as a precautionary measure, we have temporarily withdrawn the product to conduct further tests.”

Chris Elliott, professor of food safety at Queen’s University Belfast, who led a review of food systems following the 2013 horsemeat scandal, said it was a “bold” statement from Tesco.

“They are claiming they are 100% sure it is pure honey. If they are correct then the testing method is wrong. If it proves to be adulterated then Tesco doesn’t have the control over their supply chain they claim,” he said.

The method used by Richmond council was nuclear magnetic resonance (NMR), which he said was a relatively new technique that can be used to determine the sources of sugars.

Tesco’s decision to withdraw the product was a “prudent” step, Professor Elliott added.

“There’s no food safety issue here but consumers must trust our retailers to take every precaution that they are not selling us adulterated food,” he said.