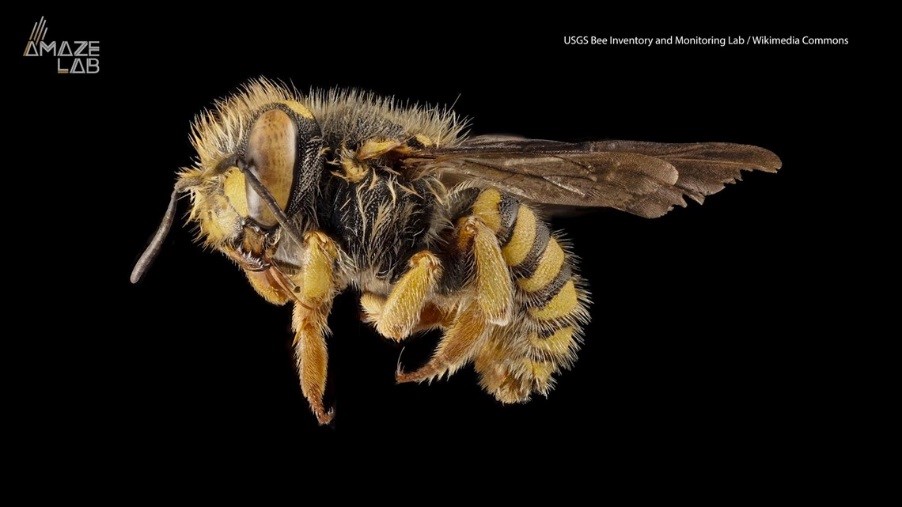 Honey bees are haplodiploid creatures—which means that females develop from fertilized eggs, while males arise from eggs that are not fertilized. Because of this, honey bees are susceptible to producing gynandromorphs, creatures with both male and female tissue. This is different from hermaphrodites, which are one gender but have sex organs of both male and female. In this new effort, the researchers sought to learn more about the nature of gynandromorphs and what causes them.

Prior research has suggested the likelihood that rare mutations result in the creation of gynandromorphs. The mechanics of the process are due to multiple males mating with a queen, resulting in more than a single sperm fertilizing an egg. To learn more about the genetics involved, the researchers captured 11 gynandromorph honey bees, all from a single colony, and studied their genome.
The genetic makeup of the gynandromorphs revealed that five of them had normal ovaries, while three had ovaries that were similar to those of the queen. Also, one of them had normal male sex organs while two had only partial sex organs. The researchers also found that out of the 11 gynandromorphs tested, nine had either two or three fathers. And remarkably, one had two fathers but no mother—a development that could only have occurred through the development of sperm fusion.

The researchers note that gynandromorphs confer no known evolutionary advantage for a species; thus, their development must be due to mistakes resulting in still unknown mutations. They suggest that the large number of gynandromorphs in a single hive likely means the queen carries the mutation. They note that gynandromorphs have been observed in other species as well, including some crustaceans, other insects and a few bird species. The mutation that causes it in those other species has not been found, either.

Alberta Agriculture has developed an app for “Bee Health”. Phase I of the “Bee Health” app is released. It focuses on bee disease symptoms,…