Honey bees in the hive

Bees that ingest nonlethal levels of popular pesticides resembling nicotine, known as neonicotinoids, are losing sleep, according to new research from Vanderbilt University. That disruption of their circadian rhythm causes honey bees to lose their sense of time and navigation, leading to broader stress within highly social bee populations and lower hive survival rates.

There has long been a mysterious connection between neonicotinoid pesticides and their lethal effect on bees. Just as the public began to notice a decline in bee populations, these pesticides took off as a plant maintenance technique.

While the relationship seems logical, it had not been proven. Research led by Doug McMahon, Stevenson Chair of Biological Sciences, sought to explore the connection.

The article, “Neonicotinoids disrupt circadian rhythms and sleep in honey bees” was published in the journal Scientific Reports on Oct. 21.

“I was thinking about honey bee disappearances and it clicked—if pesticides are killing bees indirectly but we don’t know exactly how, maybe it’s because they’re getting physically lost,” said Michael Tackenberg, the postdoctoral scholar in the McMahon lab whose interest prompted the project.

Joined by collaborators—including Manuel Giannoni-Guzmán, another postdoctoral scholar in the McMahon lab—the team maintained healthy beehives to conduct experiments that explored how a widely used agricultural pesticide sold in home improvement stores prevents bees from getting the rest they need to thrive. A single bee can pollinate up to 5,000 flowers a day. Their combined efforts support a third of the world’s food crop production.

In a series of experiments that exposed the bees to constant light, constant darkness and light and dark cycles, the researchers found a surprising mechanism by which the pesticide acts. Constant light conditions disrupted the circadian rhythm in 28 percent of bees. When levels of pesticides common in flower nectar and pollen were added to the bee’s food supply, the number jumped to up to 46 percent. “Graphically, normal circadian rhythms look like steady waves,” said Giannoni-Guzmán, the paper’s co-first author. “When we observed bees that consumed neonicotinoids over several days, we saw a loss of waves, movement at random times or signs of barely any sleep at all.” 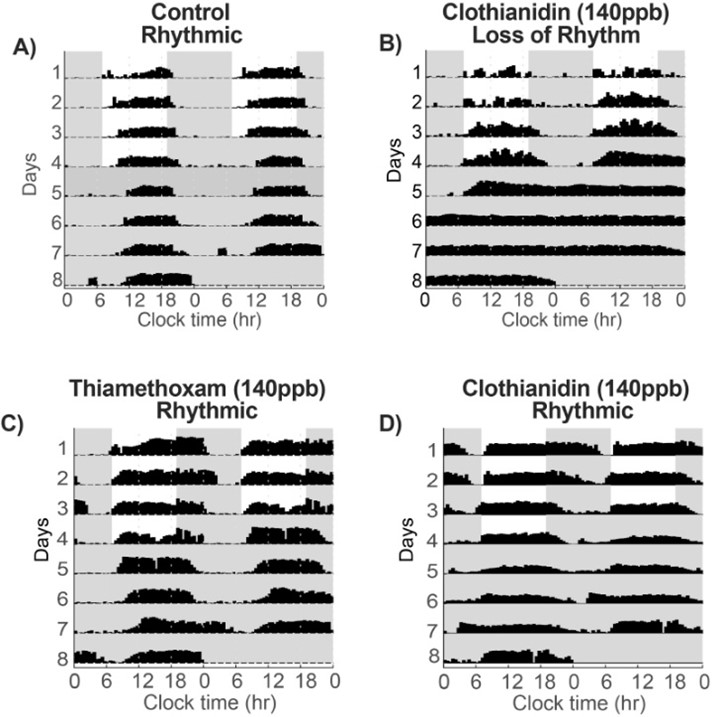 Exploring this amplified disruption through mass spectroscopy, a technique that identifies and measures chemical compounds within molecules, the team found that neonicotinoids accumulate in the bee brain, disrupting circadian clock neurons.

Like people who don’t get enough sleep, bees can’t function as well if they are tired and disoriented. “Beyond sleep disruption, we know that honey bees rely on their internal sense of time and the position of the sun,” said Tackenberg, also the paper’s co-first author. “If they have an incorrect sense of time their ability to effectively navigate is hindered. It stands to reason that if a bee’s internal sense of time is disrupted or altered it could affect learning, memory and foraging efficiency—even outside of reduced capacity from sleep disruptions.” This work contributes to the body of evidence shaping how U.S. policymakers regulate the multi-billion-dollar farming and agriculture industries, which rely heavily the natural ability of bees to pollinate crops.

The team intends to look further into the mechanistic level of their findings by investigating the neural circuits of honey bees and the influence of neonicotinoids at the molecular level. “Since we now understand that the disruptive effect of pesticides is on a bee’s circadian rhythm, there may be a way to help these important creatures reinforce and maintain their clock function in the face of this challenge,” McMahon said.

The Vanderbilt University campus—a designated arboretum with over 6,000 trees and shrubs that does not use neonicotinoid pesticides—provided the perfect laboratory setting for the research. Giannoni-Guzmán joked that the bees thanked the researchers for their work, gifting them delicious honey that is protected under lock and key to keep forager lab members at bay. 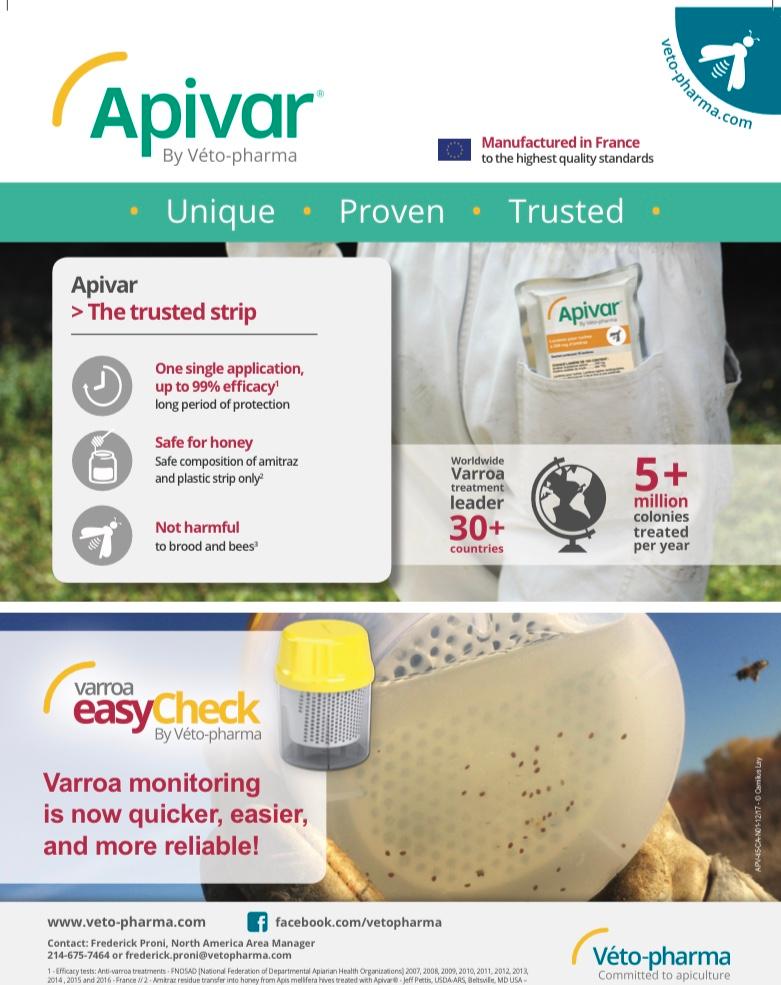