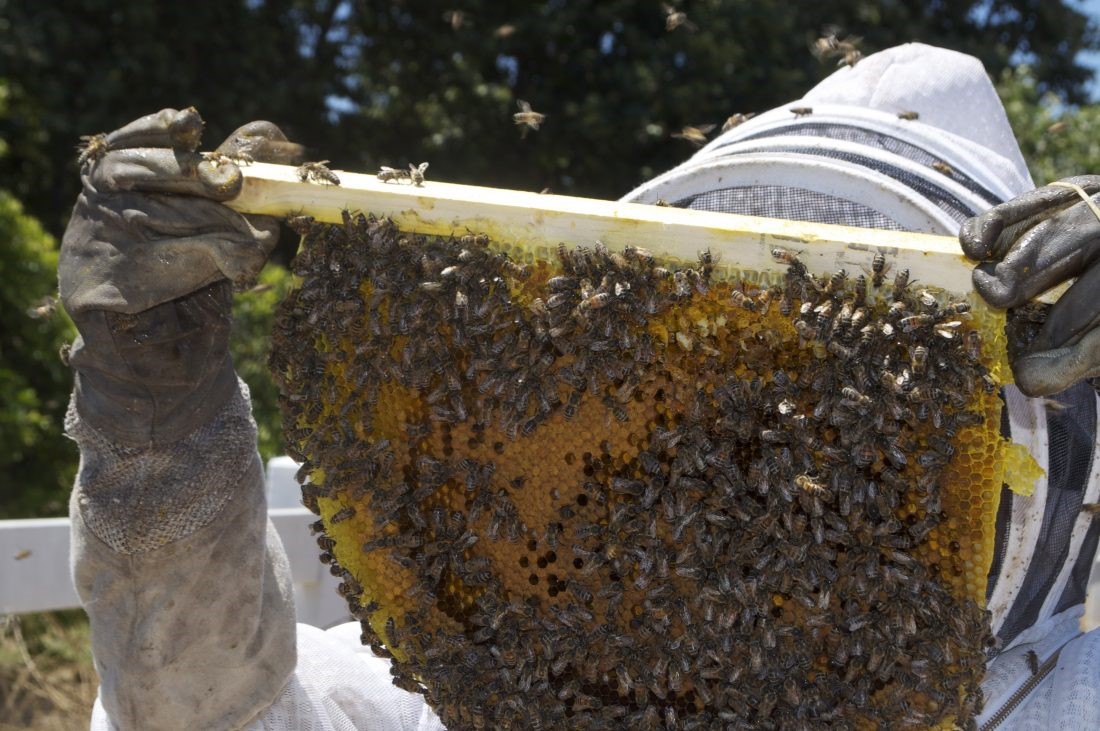 Iowa is close to establishing the honey bee as its state insect.

Prior to the COVID-19 pandemic closing the legislative session the Iowa Senate had unanimously passed a bill to make the honey bee the state insect. The bill is on its way to the Iowa House, but they won’t go into session until May 15, and even then there might be other items that need to be passed first.

“There hasn’t been any dissenting votes yet,” said Jamie Beyer, Iowa Honey Producers Association legislative representative. “It raises awareness of the importance of our pollinators.”

Rep. Mark Smith of Marshalltown supports the bill and plans to vote for it when the session starts up again.

“I think honey bees are very important to our way of life,” Smith said. “If this comes up I’ll vote for it.” 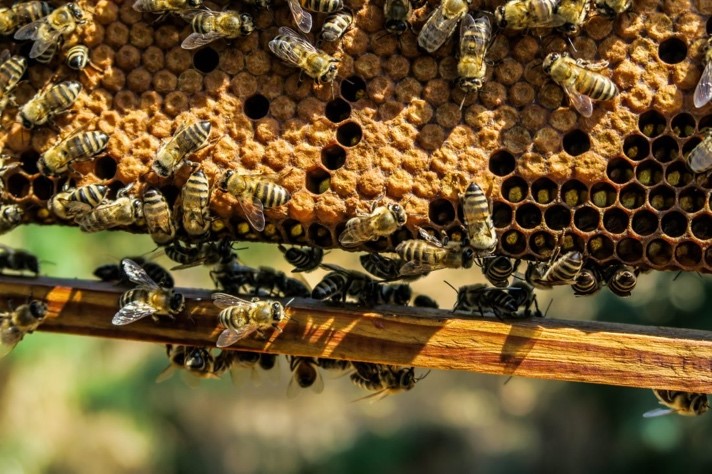 If the Legislature votes to approve the honey bee as its state insect, it is likely Gov. Kim Reynolds will sign it into law.

“I’m 99 percent sure the governor will sign it,” Beyer said.

Reynolds has two hives at the Governor’s Mansion which produce honey for Iowa’s First Family. 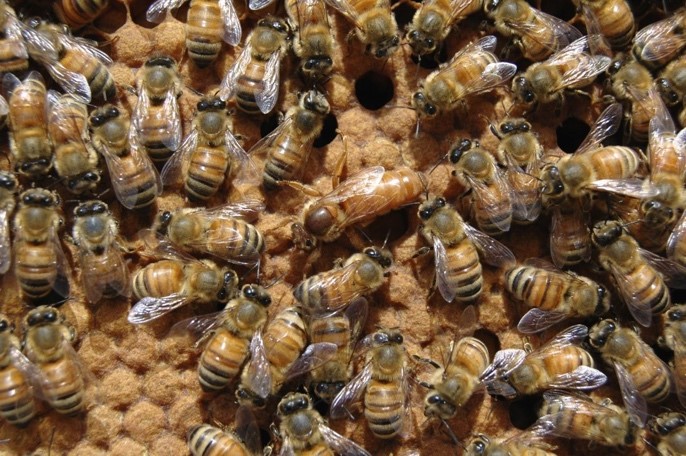 It’s no wonder Iowa is close to establishing honey bees as its state insect after it fought a war with Missouri over honey almost two centuries ago.

The conflict began in 1837, a year before Iowa was established as a territory in 1838 and about a decade before Iowa became a state in 1846.

The Missouri Legislature ordered its border resurveyed so settlers would know where they lived, a state or a territory.

When Missouri officers tried to collect taxes in the region that is now the southern part of Davis and Van Buren counties in Iowa, the settlers refused to pay.

The disputed area had several trees that housed bee hives and the settlers valued them because of the honey stored in their trunks.

When a Missourian chopped down three of these trees it made the Iowans very angry. An Iowa officer tried to arrest the man who chopped down the trees, but he escaped into Missouri. On account of this bee-tree incident the quarrel has sometimes been called the Honey War.

Over time the conflict escalated to the point that 1,000 Iowa troops came to the border to meet 1,000 Missourian troops but no official battles were reported.

The U.S. Supreme Court got involved in 1849 and established an old Native American boundary line to divide the two states and ended the conflict.

Honey bee awareness
A big reason to establish the honey bee as the state insect is to bring awareness to a species that is dying out.

“Historically, winter losses of around 10 percent were normal but these losses have been increasing to levels as stated above,” Beyer said. “In some parts of the state there were losses of 70 percent last winter according to our State Apiarist Andy Joseph.”

Honey bees have become endangered in the United States and can no longer be found in Canada.

“Our pollinators are decreasing at an alarming rate,” Beyer said. “Beekeepers are scrambling to offset these losses by splitting their hives and requeening. A lot of new beekeepers simply quit and sell their equipment.”

Establishing honey bees as a state insect brings awareness to them and could potentially help stop their extinction.

“Honey production and honey bee products is a large aspect of our agricultural economy,” Beyer said. “Honey bees have also been shown to increase soybean yields of 8 percent in some field trials.”

The population of honey bees in Iowa is stable according to the state apiarist.

“We have less vegetation for bees to forage on,” Beyer said. “Every time I see trees being taken out, that’s less habitat for bees.”

Luckily honey bees thrive in urban centers because of the wide variety of flowering plants residents put out.

“They do very well in cities and towns,” Beyer said.

Beyer has several apiaries and his best performing one is the city of Ames.

“There’s a lot of variety of habitat in urban environments,” Beyer said. “They are totally amazing in how they organize themselves to survive. They are a wonder of nature at its finest. Every time I am working with my bees I am in awe of their beauty.”

Things that benefit honey bees benefit all other species of bees in an area.

“We would not be the first,” Beyer said.

The honey bee isn’t even native to Iowa, it was introduced as the state was colonized.

“It’s been here a long time, but it was never a native insect,” Beyer said.

Insect purists may want a native species, but the honey bee has the most traction.

“We need them as our state insect,” Beyer said. 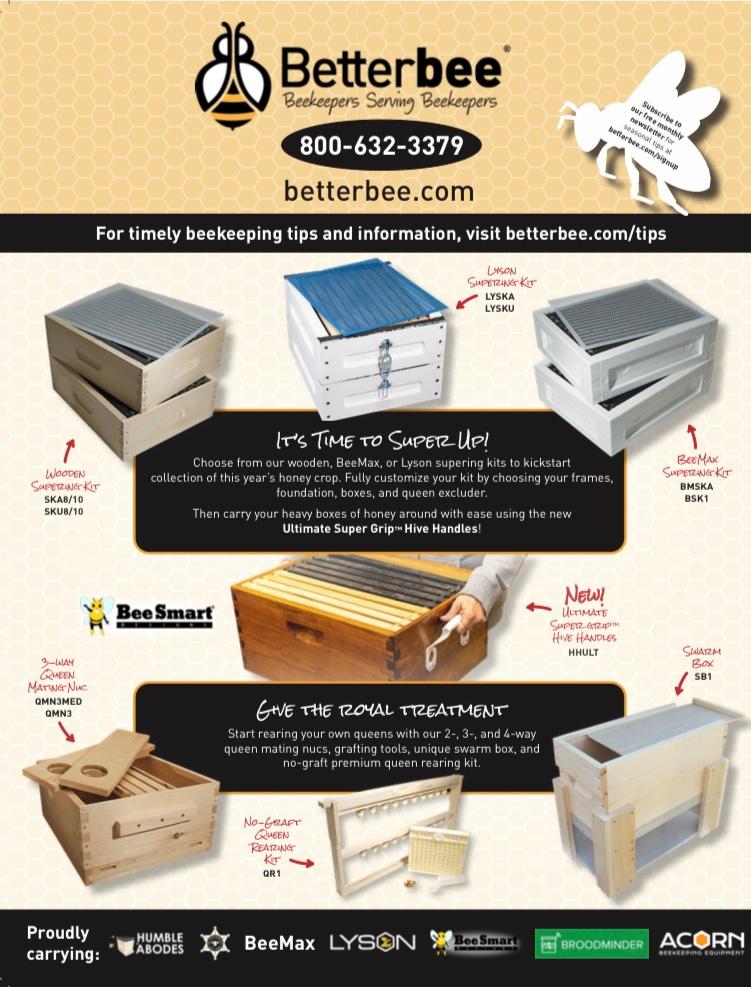