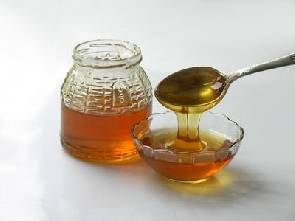 The industry’s value, globally, was estimated at US$2.2billion in 2016.

With healthy living campaigners advocating it as a healthier replacement for sugar, global demand for honey is on the rise, but lack of investment has kept gains out of the reach of Ghana’s beekeepers. Ghana is an English speaking nation on West Africa’s Gulf of Guinea.

The industry’s value, globally, was estimated at US$2.2billion in 2016, up by an average 27.1percent for all exporting countries since 2012, when natural honey shipments were valued at US$1.8 billion.

Whilst a lot of multinationals use honey to make cosmetic products such as skin care lotions, soaps, and lip balms, a lot health conscious people are replacing sugar with honey in their tea and other meals.

The Ghana Beekeepers Association (GBA) says it has the solution to how Ghana can profitably tap into the multibillion dollar honey industry, whilst creating jobs for thousands of its desperate youth.

The association, in February 2017, presented a proposal to the Ministry of Food and Agriculture which outlines in detail the level of investment needed and the returns thereof.

The ambitious proposal shows that with an investment of GH¢1.62billion in the first year of production, Ghana could become a leading producer of honey in the world and earn GH¢2billion annually for a decade thereafter.

At the same time, it would create more than 40,000 permanent and self-sustaining jobs for citizens spread across the 216 districts.

With high sugar intake associated with heart conditions, obesity, and diabetes, which kill thousands every year, honey could become a healthier alternative, to help reduce patient-doctor visits borne out of sugar-related conditions.

The Ghana Beekeepers Association pegs the cost of one beehive, other inputs and training at GH¢750, and that it is ready and willing to train 200 beekeepers per each district and provide them with 50 hives and inputs to start with.

This brings the total to 43,200 jobs across the country in the first year, at a cost of GH¢37,500 per person. With this initial investment, a beekeeper needs no other investment from any quarter. He or she can decide to stick to 50hives and inputs or reinvest profits made.

Output and returns of almost GH¢2bn per annum

Each hive has the ability to produce 21litres of honey per harvest, and there are three harvests per year, which translates to 63litres per annum. This means each beekeeper will produce 3,150litres or 4,504.5kg per year.

For each of the over 43,000 beekeepers across the nation, this means a revenue of GH¢44,100 at a cost of GH¢37,500 in the first year. Subsequent years are profit making years since there is no need for further investment in beehives after the initial investment.

Oscar Nartey-Adjabeng, the Executive Secretary of the GBA, told the B&FT that Ghanaâ€™s environment and climate is one of the most suitable for beekeeping.

“There are a lot of acacia, eucalyptus, mangoes, orange, oil palm and even banana and plantain. All these are flowers and crops that these bees feed on.

We have the type of bees that are suitable to this climate and are disease resistant. Our kinds of Apis mellifera, a type of bee, are more resistant to the known bee diseases,” he said.

He explained that with a colony collapse disorder affecting European bees, demand has shifted to Africa, which is unable to meet it for want of investment.

“There are more expectations on us to live up to the billing and produce to meet the demand, both domestic and international. We have the environment and the potential, but what is lacking is the investment,” Oscar Nartey-Adjabeng said.

“We are currently not looking at just the government but even individual and corporate investors. Beekeeping can be a game changer. We are talking about massive unemployment in the country but beekeeping alone can keep the many youth thronging the cities looking for jobs in various towns and villages in the country.

For a commercial producer, it helps the nation in the long term because when our production capacity shoots up and there is so much export demand from Europe and the USA,” he added.

Data from WorldsTopExports.com, a platform that tracks exports, indicates that global sales from natural honey exports totalled US$2.2 billion in 2016.

Among continents, European countries accounted for the highest dollar value worth of natural honey exports during 2016, with shipments amounting to US$825.3 million or 36.8percent of international honey sales.

China leads the pack with US$276.6 million or 12.3percent of total natural honey exports, with New Zealand coming in second with US$206.7 million or 9.2percent. The only African country in the top five of the world’s exporters is Sierra Leone with a value of US$142.4million or 6.4percent of global exports.

The top 15 countries shipped over three-quarters or 77.2percent of all-natural honey exports during 2016 (by value).

Hope for the local economy

With increasing demand from Turkey, USA and South Africa, Ghanaian beekeepers are hoping that the much-needed investment will come so Ghana can become a global player in the honey market.

“If we produce massively and meet local demand, then we can go international and earn foreign exchange for the economy,” Mr. Nartey-Adjabeng said.

Already, a local beverage manufacturing company, Kasapreko, is helping local producers find a ready market, with the recent introduction of the Kasapreko Honey Bee Drink. The company sources about 4,000kg per month of honey from the local market to produce the drink.

“Kasapreko’s Honey Bee Drink is one good step in the promotion of the local industry. With Kasapreko buying 4tonnes of honey per month, it must help the existing beekeepers to meet the target so that machines should not lie idle,” Oscar Nartey-Adjabeng said.

“We encourage Kasapreko to continue in that line and other companies should come on board and produce more honey related products so that farmers can be well paid,” he added.