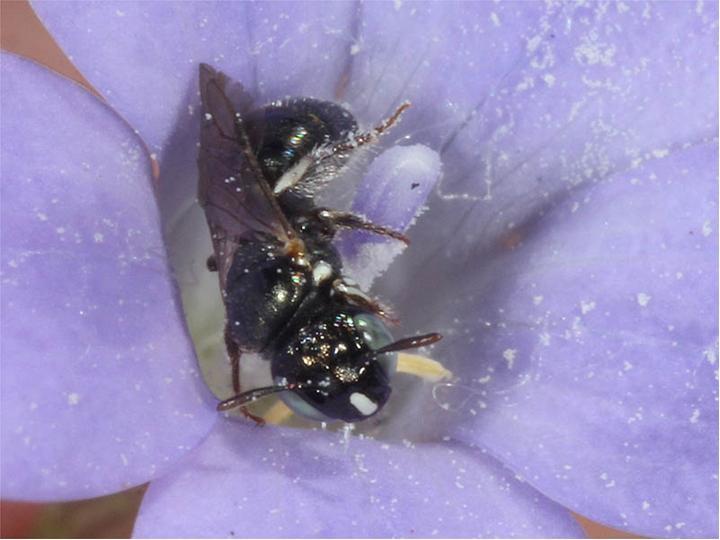 The Australian small carpenter bee populations appear to have dramatically flourished in the period of global warming following the last Ice Age some 18,000 years ago.

The bee species is found in sub-tropical, coastal and desert areas from the north-east to the south of Australia. Researchers Rebecca Dew and Michael Schwarz from the Flinders University of South Australia teamed up with Sandra Rehan, the University of New Hampshire, USA, to model its past responses to climate change with the help of DNA sequences. Their findings are published in the open access Journal of Hymenoptera Research.

“You see a rapid increase in population size from about 18,000 years ago, just as the climate began warming up after the last Ice Age,” says lead author Rebecca Dew. “This matches the findings from two previous studies on bees from North America and Fiji.”

“It is really interesting that you see very similar patterns in bees around the world,” adds Rebecca. “Different climate, different environment, but the bees have responded in the same way at around the same time.”

In the face of future global warming these finding could be a good sign for some of our bees.

However, the news may not all be positive. There are other studies showing that some rare and ancient tropical bees require cool climate and, as a result, are already restricted to the highest mountain peaks of Fiji. For these species, climate warming could spell their eventual extinction.

“We now know that climate change impacts bees in major ways,” says Rebecca, “but the challenge will be to predict how those impacts play out. They are likely to be both positive and negative, and we need to know how this mix will unfold.”

Bees are major pollinators and are critical for many plants, ecosystems, and agricultural crops.