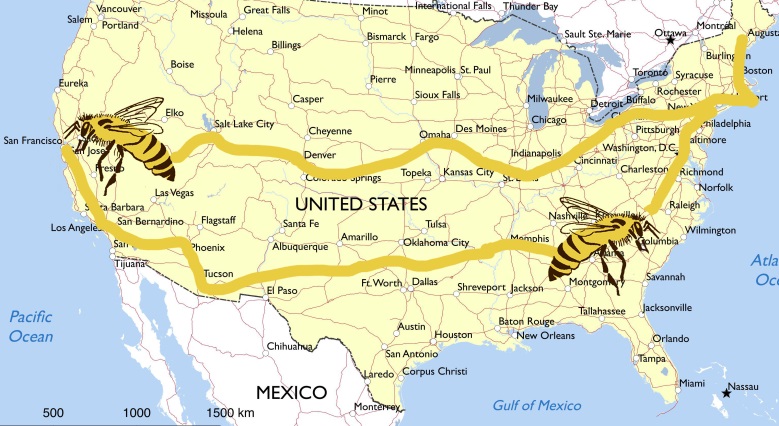 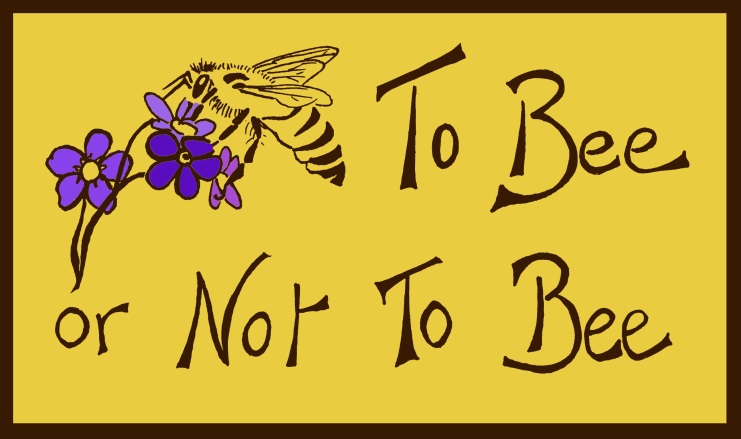 Massachusetts’ Piti Theatre Company, which has a track record of collaboration with beekeepers and bee advocates in New England, will be putting their family audiences musical theatre production To Bee or Not to Bee on the road in October. The performance tells the story of farmer/beekeeper James Van Happen who has lost his bees and now there’s only corn gruel to eat. The townspeople (the audience) have arrived to protest, chanting “there’s no good food, we’re in a bad mood.” To Bee or Not to Bee is the re-telling of James’ tragic and ultimately hopeful story from diversified family farm to monoculture and back again – complete with puppetry, clowning, dance, live music and lots of audience participation. Piti created the show to raise awareness about honeybees’ plight and gives children and adults tools for helping pollinators thrive in their communities.

Beginning with Bethel Bee Week in Maine in 2012, groups wanting to support pollinators in towns around New England have leveraged the show to create “Bee Weeks” featuring events like planting days and putting in bee gardens, beekeeper talks, documentary screenings, honey tastings, and residencies/performances in elementary schools and libraries. Piti Theatre has also been touring a French version of the show in theatres and schools in Switzerland where they are based part of the year. Packets of bee-friendly flower seeds donated by Horizon Herbs and High Mowing seeds are given to audience members after each performance.

The 2017 tour will kick off in Wareham, MA (cranberry country), head up to Maine and then out west through Ohio and Colorado, reaching California in early November. The route back will include Arizona, Texas, and Virginia among other stops. There is still time to make your town a destination this year or to get on the list for the Fall, 2018 Tour. There are also national and local sponsorship opportunities for businesses and individuals. Learn more at www.ptco.org/tour or contact Artistic Director Jonathan Mirin – (413) 625-6569, jonathan@ptco.org

“I really enjoyed the play ‘To Bee or Not to Bee.’ It was an interesting blend of environmental education in a format that worked well for a very wide age range. A day care provider with young children told me ‘It was a great topic, and the music, dance and puppets captivated my young children.’ Some of them have a very hard time sitting still, but they were focused the entire time.’ I especially enjoyed the music. The keyboard player was great and really added to the show.” One of her songs is still stuck in my head three days later.”

“The first-ever Bethel Bee Week was truly amazing. It brought together all ages and all parts of the community to join in becoming aware of the importance of honeybees through arts and community activities that built new relationships among people and local organizations.

A project of this scope takes a lot of support and commitment. It started as just a musical “To Bee or Not to Bee” by the Piti Theatre of Shelburne Falls, Mass., that was going to be presented by the arts council. A few conversation started the momentum that ending up “bee -coming” a week- long set of events with an elementary theater residency, bee expo, expert bee talks, and lasting work to be done to the G.O.T. Farms and Crescent Park gardens with perennial bee perimeters . . . thanks to the Piti Theatre Company for bringing a top quality arts education program to our community.” – Aranka Matolscy, Executive Director, Mahoosuc Arts Council, Bethel, Maine

The Business of Bees: Part I of III North Carolina has a lot of beekeepers. We’re ranked in the top ten states for most…