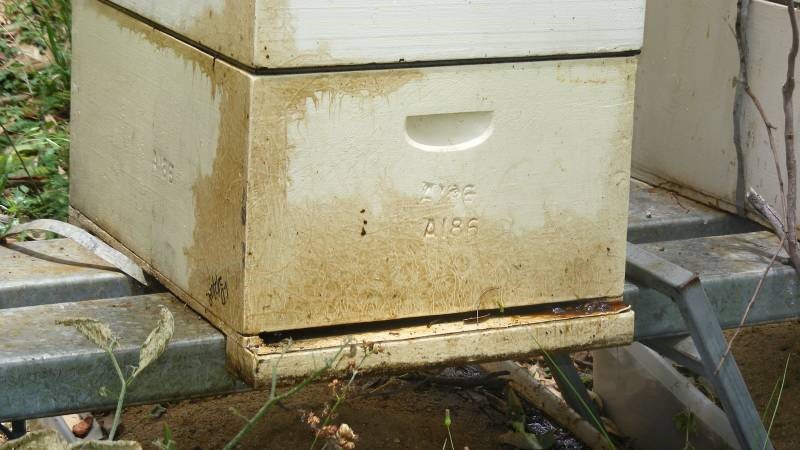 HIGH ALERT: Australian beekeepers are being urged to remain on the lookout for small hive beetle.

BEEKEEPERS are being urged to remain on the lookout for small hive beetle (SHB) this summer, ahead of research field trials attempting to trap the pest and reduce its spread.

The first incursion of SHB in Australia was detected in 2002 and has since cost the local beekeeping industry millions of dollars annually.

A Queensland-based research team – led by Dr Diana Leemon and Dr Andrew Hayes – is currently developing a synthetic lure to deploy in a trap to capture the beetle, as part of a project funded by the Honey Bee and Pollination Program.

“To date, lab studies have identified compounds present in natural substances that are highly attractive to SHB,” Dr Leemon said.

“These compounds have been blended together into a lure to attract beetles towards a trap instead of a beehive, and field testing of the lure has started this month in various locations near active bee hives around Queensland.”

“Trapping of SHB with a natural attractant is currently being carried out to gather information on the movement and behaviour of SHB, and this information will help determine the best time and place to deploy traps with the synthetic lure.”

“It is exciting research in terms of developing the odour lure and modifying a non-specific commercial trap to contain the lure,” Dr Hornitzky said.

“It is hoped that this research could help the beekeeping industry establish more extensive eradication strategies for the future.”

Results from the field trials are due to be released mid-2017.

SHB is now established throughout coastal regions of Australia, from Cape York in Queensland, to Adelaide and northern parts of Western Australia.

Incursions can badly disturb honey production, and in some cases result in the complete loss of hives.

Beekeepers in affected areas are encouraged to closely monitor any signs of changes to their hives, and contact their respective state or territory agricultural department for advice if the beetle is detected.

Winter and Summer Loss Survey, Plus, Spring and Summer Honey Crop Survey Bee Culture’s field reporters this month have been busy, and we’ve…