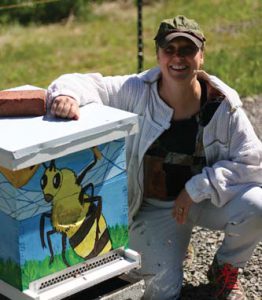 As a Pennsylvania girl, I grew up with rabies. Clearly, I do not mean I had the disease rabies, but that this deadly disease was all around me – endemic in our mammalian wildlife population. We, Pennsylvanians, knew how to handle it. We took our dogs and the cats we could catch to the rabies clinic, and at a young age, we were pulled aside for “the talk.” The talk went something like this: “If you see a weird raccoon or groundhog in the yard, do not touch it, but call mom or dad to come shoot it.” End of talk and end of report. You can imagine my surprise (and several of my PA classmates’ surprise) when during our freshmen year in veterinary school, Ohio was freaking out about rabies, like it was a new thing. Well, it was new to them. In the mid-1990’s Ohio had their first reported case of rabies in terrestrial (non-bat) wildlife. Us Pennsylvanians just blinked, shrugged and were like, “Wow, they didn’t have rabies in the State, at all? I suppose they’ll have to learn the talk.” To this day, government programs distribute rabies vaccine baits by throwing them out of airplanes and trucks along the Ohio Pennsylvania border, in hopes of vaccinating rogue raccoons that may enter the State from the Commonwealth. However, rabies is now considered endemic in wildlife populations in Eastern Ohio.

There are countless case studies and lessons about the emergence and spread of different diseases in humans and animals throughout the world over time. Honey bees are no exception. Consider what is currently going on in Australia with emerging parasites, Varroa and the Braula fly. We naturally want to do anything we can do to eradicate diseases from the face of the Earth, however actual eradication is almost never a true reality. In previous Bee Vet articles, I defined emerging diseases and explained three levels of disease management. I provide a couple of summary reviews here, especially since I have seen incorrect use of the words in the literature and news reports. 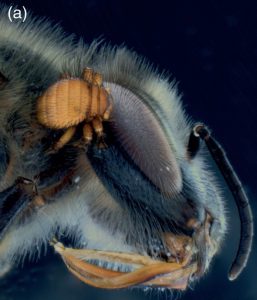 Review (From BC September 2020 issue, Bee Vet: Tropilaelosis)
“Emerging infectious diseases are infections that have recently and newly appeared in a population of humans or animals. Emerging diseases often arise when they are brought into new geographical ranges and/or species. Some causes of emerging disease may not have been previously known, while others may already be known, and pose a serious threat, if they are able to increase their geographic range… Many emerging diseases often originate from “foreign” or “exotic” diseases (or newly named “transboundary diseases”). Foreign, exotic, or transboundary diseases are diseases that naturally exist in a certain country, continent or areas of the world, but may cross borders, continents and/or oceans to infect new regions. If allowed to move into new geographical areas, foreign diseases can emerge in a population with little natural immunity against the disease agent. Therefore, these diseases can cause high morbidity and/or mortality when introduced to the new population of animals or humans. In our modern world, international trade, migrations and travel often accommodates hitch-hiking diseases and pests.”

(From BC March 2022 issue, Bee Vet: Immunity, Vaccines & Honey Bees: Part 1)
“1. Eradication of disease: This means there is no active disease left in the population on Earth! This is an extremely rare accomplishment, which has only occurred twice in the history of man or beast out of the thousands of known diseases that inflict us… (Smallpox and Rinderpest)
2. Elimination of disease: Elimination means a previously existing disease is no longer present in a population in a certain geographical area, but it’s still present in other parts of the world. Examples of diseases eliminated from the United States include yellow fever, polio and malaria. This does not mean that the disease cannot reemerge in the area if precautionary measures are ignored…
3. Control of disease: Control of a disease means that the disease is still present in a population, but it is reduced and manageable within the health care system, has a relatively low mortality rate, and/or has become endemic. This is the typical expectation and usually what happens with most diseases and vaccine use.”
Now for some new learning…

Considerations in population medicine
Population medicine or herd medicine are terms that we use to describe the concepts of looking at disease management from a group perspective. Sometimes this group is a single herd, yard or flock of animals, sometimes it could be the entire human population of a country or even the world. There are certain fundamental principles that should be applied in population medicine challenges.
1. Understand the methods of spread of the disease: To effectively develop controls for the spread of disease, we must fully understand the way(s) the disease is transmitted. For example: Managing sexually transmitted diseases verses managing aerosol transmitted diseases would demand different protocols and recommendations.
2. Understanding origin and scope: The origin (geography and species) of a disease can clarify the natural epidemiology of the disease, so we may be better able to recognize symptoms, transmission methods and expected morbidity and mortality of the disease. Knowing the existing geographical scope and incidence within human or animal populations is important to evaluate, as managing isolated verses global cases is very different.
3. Understand we are limited by our diagnostics: Surveillance testing is a key component to monitoring possible emerging diseases or changes in diseases’ incidence and is appropriate before and at the beginning of an outbreak. If you do not test for something you will not find it, but if you do test for something you are likely to find it… sooner or later. This can be a double-edged sword. How much information is necessary to switch surveillance to management? “Contact-tracing” may be helpful in the initial stages of an outbreak but over time, the lines on the map just merge into one big blob.
No testing methods are perfect. All diagnostics are subject to sensitivity (positive results are truly positive cases) and specificity (negative results are truly negative cases) percentages. We also know that the “first” positive case we find of a disease in an area is actually an indication that the disease is already there…maybe for a while. 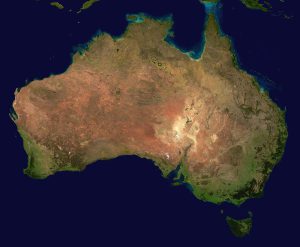 4. Geography and weather may play a role. In considering geography, islands often have the unique benefit of isolation that can make disease-free areas more possible. Many islands, like Australia and Hawaii, may have very strict biosecurity laws at ports of entry to keep diseases at bay, for good reason. After the land is breeched however, oceans no longer serve as a barrier. With the globalization of our world, natural and man-made geographical barriers to disease are becoming less and less effective in keeping pathogens in-place.
Natural weather patterns can encourage disease emergence or not. For example, many diseases thrive in warm, humid conditions, while cold Winters may limit the scope of a disease.
5. Does it matter? Sometimes finding something may be incidental. Is it worth doing something about it? For example, during my tick studies we identified a tick species that had not been clearly identified (at least in the official literature) in Pennsylvania before. This was an interesting finding but of little significance to our study because the tick we found is not considered a vector of disease in humans. 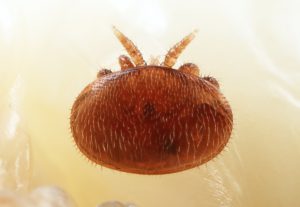 6. Is it even possible to eliminate? We know that true “eradication” is almost impossible for diseases in general. Elimination has been achieved before for certain diseases, but it often requires a non or mildly contagious disease with the employment of intense measures, including: isolation of infected populations, culling of (animal) infected populations and highly effective vaccinations. Expecting the disease to become endemic may be the most realistic and best hope. Expecting, equipping and employing “control” measures early within a vulnerable population may lessen the impact of the disease as it moves through a population from an epidemic to endemic stage.
7. Above all else, do no harm. The “cure” should never be worse than the disease. The morbidity (rate of illness) and mortality (rate of death) should be considered when applying disease management protocols and making recommendations. Social, emotional and economic impacts of a disease response should also be weighed in any decision making.

Present Australian emergence examples: Varroa and Braula fly
My heart goes out to Australian beekeepers who are currently attempting to stop the spread of Varroa mites, which were detected on the island continent for the first time at the Port of New Castle, New South Wales in June 2022. Australia has admirable biosecurity guidelines for honey bees and up until this point, have amazingly, enjoyed a Varroa-free industry. However, I am afraid the Australians are about to join the rest of the world and will have to learn to manage Varroa mite infestations within their hives.

Currently, the Australian government is trying to prevent further spread of the mites into the country by issuing lockdowns of hives, restricting sale of honey, tracing possible contacts and euthanizing/burning of all hives within designated and increasing geographical radiuses. The result is the loss of thousands of hives, millions in economic losses in hive, honey and pollination resources, conflict within the industry and a devastating emotional toll on bee farmers, all with the Australian Spring just starting. Despite these efforts, each of the latest news reports I read only convey further spread. Given the facts that Varroa has made landfall in Australia, mites reproduce exponentially, honey bees fly and swarm and the history of Varroa spread around the globe, I do not see elimination as a realistic outcome. (Given that the lead time on BC articles is about two months, I suppose we will see how prophetic this article may or may not become.) Time for the employment of the control and management phase of Varroa mites has come to the continent. 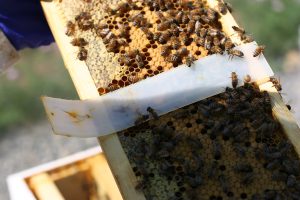 Controls must be employed in the management of Varroa.

In the U.S., we know that Varroa is a major contributor to the 40%-45% annual loss of our hives. However, a closer look at the data will show that commercial beekeepers experience at least half the annual loss of hives compared to the average of all beekeepers. Given that burning hives has a 100% mortality and 100% economic loss, one must consider that accepting Varroa as a portion of a 20-30% annual loss, at some point, becomes a better alternative.

Here’s some good news for Australian beekeepers. The rest of us have been managing Varroa for decades, we have learned a lot and have many tools in the toolbox. It has not been easy, but American and European (largely commercial) beekeepers have maintained our total colony numbers over the last several decades despite Varroa. Our beekeepers and honey bees are still able to support the top agricultural and honey producing countries in the world. We can and should come alongside Australian beekeepers with empathy in learning how to detect, manage and treat Varroa mites within their colonies. I believe the Australian government is aiding beekeepers with financial support for their losses. Mental and emotional health support should also be part of the recovery plan.

Another interesting development is the additional new finding of the Braula fly during surveillance for Varroa mites in Victoria. Remember, when you look for something, you may find it and maybe even find something else. While Braula is certainly less of a threat to honey bees than Varroa, they can damage honey and comb. Because Braula tends to hang out on the queen, this wingless fly could be transmitted through queen trade. 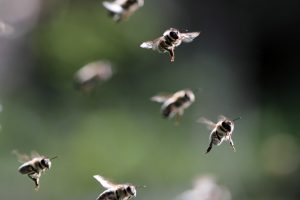 What’s next?!
I wish I could tell you there are no more diseases that will emerge in honey bees. The Asian giant hornets, large hive beetles, Tropilaelaps are all on the horizon. My best advice… Do not give up on biosecurity. You may not be able to control what everybody else does or everything the bees do, but you can at least control what you bring in and out of your own yard. And remember, do not play with weird raccoons.