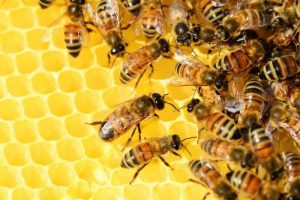 THE Government has come under intense criticism for giving the green light to a potentially devastating pesticide.

This week, DEFRA approved the use of thiamethoxam on sugar beet in England.

But Cumbria Wildlife Trust have criticised the move as ‘unacceptable’ for the potentially devastating effect it could have on bee populations.

The Trust says that the decision goes against the advice of its own scientists.

RSPB senior policy officer Stephanie Morren said: “Across England the wildlife we love is in decline, even the buzzing of bees in our farmlands and countryside is becoming quieter every year. Without bees our farming system would collapse.”

As part of the government’s decision, Mr Eustice said thiamethoxam could only be used once a virus threshold had been reached, to ensure use “only if necessary”.

Thiamethoxam Approved for Use in England