The Most Beautiful Film Ever Shot Involving Bees, And Certainly One Of The Most Positive Depictions Of Pollinators. 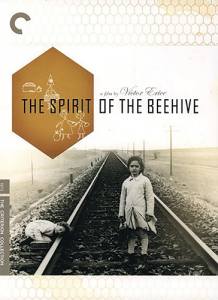 Human society is reflected largely through the monsters we create. Since the dawn of storytelling itself, humanity has passed down tale and tale again of that which goes bump in the night – the werewolf, the vampire, the being which serves to disrupt that which society has created. These legends embody our culture’s anxieties, such as the fear of the unnatural, the fear of outsiders, or the fear of something evil lurking close to home.

Arguably, these myths didn’t fully grip the public until the 1930s and onwards. With the release of Bela Lugosi’s iconic Dracula in 1931, monsters took the world by storm, and suddenly the boogeymen which once existed as cautionary tales became bankable stars. The Wolf Man, the Mummy, and the Gill-man all crept out of the dark and into the spotlight to become icons as ubiquitous as Bugs Bunny or Mickey Mouse. Those beasts who were once the stuff of nightmares transformed into pushers of toys, shirts, breakfast cereals, and even Pepsi products in the 1990s.

The biggest proponent of Universal’s stable of scares these days is Mexican director Guillermo del Toro, who late last year released The Shape of Water (2017) to critical acclaim. The film is a more romantic take on The Creature from the Black Lagoon (1954), in which the leading lady falls in love with the creature as opposed to seeking its death. This wasn’t del Toro’s first foray into the world of monsters, however. His 2006 dark fantasy film Pan’s Labyrinth was chock full of beasts, poised as both fairytale critters and twisted reflections of the film’s subject matter. The movie deals with adolescence in Francoist Spain; an allegorical tale of men and fantastical beings about how innocence is extinguished in the grip of a fascist regime. While certainly unique, Pan’s Labyrinth is not the first film to deal with the aftermath of Spain’s Civil War through the lens of childhood and monsters. That honor goes to one of its implicit inspirations: Victor Erice’s 1973 debut The Spirit of the Beehive.

While previously mentioned by name in this column (see our January issue), The Spirit of the Beehive has yet to be covered thanks to the unusual circumstances of its existence. Far from the lurid sensationalism of The Deadly Bees (1966) and The Swarm (1978), The Spirit of the Beehive is perhaps one of the most tempered and realistic depictions of bees outside of that found in nature documentaries. In addition, it comes some 20 years prior to Candyman (1992) and The X-Files (1998), but subverts expectations regardless by remaining one of the few bee-focused films which is a drama as opposed to a science-fiction, horror, or disaster yarn. Its status as a foreign arthouse film has done little to help its viewership in the United States, and as such it will likely remain the most obscure, yet most compelling drama covered in this feature.

Even as a drama, however, The Spirit of the Beehive might not be to everyone’s taste. The languid film features meager dialogue, and those who speak converse in Spanish, their words related through subtitles. It holds little regard for traditional narrative, and instead focuses on the hypnotic power of images and symbolism. Those familiar with the output of arthouse distributor Criterion Collection, known for releasing films such as Rashomon (1950), Videodrome (1983), and countless others, will likely know what to expect from The Spirit of the Beehive.

What plot Spirit retains is mysterious, yet compelling. The year is 1940: a young girl named Ana lives with her family in rural Spain, shortly after the installation of Franco’s fascist regime. One afternoon, she and her sister attend a screening of Universal’s Frankenstein (1931), which deeply affects Ana. Spurred on by her sister, Ana becomes obsessed with the eponymous monster, going so far as to search for his “spirit” in desolate places around her hometown. As her preoccupation grows, Ana hurtles towards both a greater understanding of the world and further within the fantasy she has constructed for herself. It’s a coming-of-age story told on curious terms: one which provides precious few answers or details, but instead leaves each viewer with their own interpretation as to what is being said.

But what of the bees? If Frankenstein’s monster provides the enigmatic “spirit” portion of the film’s title, then what of the “beehive”? In The Spirit of the Beehive, apiculture originates with Ana’s scholarly, beekeeper father Fernando, but quickly permeates every aspect of the film. The opening credits begin with a child’s drawing of a beekeeper and their swarm, but this image soon transfers to reality as Ana’s father tends to his hives. Shot, framed, and edited without flair (aside from Spirit’s general painterly style), these sequences of beekeeping are played straight and sympathetic. Presented as neither hero nor villain, it’s this plain view of beekeeping which defines Fernando, and soon dominates the film as a whole.

Unhindered by sensational urgency or creeping dread, the well-kept bees of The Spirit of the Beehive are allowed to flourish and fill a narrative space which lacks the negative connotation often inherent to other bee-centric films. With so much interpretation left to the audience, the swarms of Spirit become a reflection of the film’s central themes, more so than any other movie discussed here thus far. Within the honey-tinted halls of Spirit, bees appear relatively infrequently, but their behaviors and aesthetics inform the entire film.

It becomes apparent soon after the film’s opening that its title goes far beyond the concept of an explicit physical beehive. Once the camera moves within Ana’s home, the film takes on an amber hue, related by light filtered through golden windows cut into repetitive hexagon patterns. Not only do these windows convey a connection to bees as a larger theme, but they also provide physical context for the house itself. Within this home, Ana’s family “becomes” a collection of bees, serving a purpose larger than themselves. In The Spirit of the Beehive, this purpose could be virtually anything, but the film’s ending moments lend credence to a particular interpretation.

As The Spirit of the Beehive draws to a conclusion, Ana flees the home and her father, fearing reprisal for aiding a runaway soldier. It’s in this action that she escapes the insular “hive” of her home. This massive, yet near-empty dwelling is defined by the people within it: her cold mother, her distant father, and her capricious sister Isabel. Once Ana has escaped into the woods in search of the green, bolt-necked monster she is convinced lives there, her family follows her into the night, hoping to save her before the worst occurs. It’s in this search that the family is brought together, with her mother and father reconnecting and her mischievous sister warming up to Ana with genuine concern.

It could be stated, then, that The Spirit of the Beehive is in fact a spirit of unity, of kinship, and of greater purpose. While not spelled out in the film through explicit terms, the use of bees as symbolism provides an argument that the central family of the film, and therefore honey bees as a whole, are a unit which utilizes their connection for betterment as opposed to destruction. While the main characters of Spirit certainly aren’t producing honey, it’s the restoration of the family which proves important.

In fact, this incident provides a template for The Spirit of the Beehive’s worldview as a whole. In one of the film’s central sequences, Fernando writes a diary entry about the glass beehive which he keeps inside his study. As he discusses the intricacies of the hive, “the teeming bridges and stairways of wax,” and “the varied and repetitive labors of the swarm,” it becomes clear that these bees are meant to Fernando’s perception of the world as a whole: a collective which toils endlessly, unaware of their greater purpose. While perhaps not the most positive view of mankind, Spirit does describe Fernando as a “misanthrope.”

Regardless of the views of its characters, The Spirit of the Beehive’s portrayal of the eponymous insect is positive, or neutral at the very least. There’s no explicit negativity in the vein of other bee-centric films released at the same time, but this is likely because of Spirit’s radically different nature. Even if Spirit draws connections between bee’s industrious nature and the toil and ideologies of mankind, there’s no denying that the pollinators themselves are given a more favorable treatment than American bee movies released at the same time. This time around, the only monster is the one created by Dr. Frankenstein and let loose on a silver screen.

In The Spirit of the Beehive, bees as presented simply as they are – as insects, as producers, as another element of nature. There are no deadly swarms, no bee-themed killers, no pollen-based pathogens, and not even so much as a sting. While the movie doesn’t go as far as to espouse the environmental benefit of bees, this sort of non-aggressive framing goes a long way in acclimating audiences to our humble honey producers. They might hold a deeper, more symbolic meaning for the film as a whole, but in their actions and presentation, Spirit’s bees are tame as a lamb – as they should be. As a piece of fiction, Spirit is a consummate champion of the honey bee, but the circumstances of its creation and distribution have kept the film from a wider audience.

The distance of its release some 45 years ago, its status as a foreign art film, and its limited release through the Criterion Collection have rendered The Spirit of the Beehive an almost unknown title outside of those well-versed in film. From both an artistic and apicultural standpoint, this is a shame. It’s perhaps the most beautiful film ever shot involving bees, and certainly one of the most positive depictions of pollinators prior to more sympathetic documentaries and other educational features. For those interested in a viewing experience outside the beaten track, Spirit is a must. It might not have made a splash in the apicultural community, but Spirit’s amber tones prove to be secret gold.