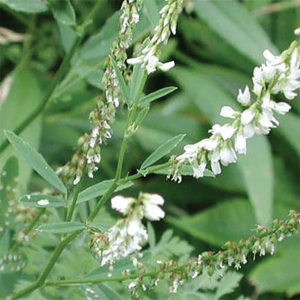 I rediscovered something this year that I already knew but hadn’t applied it to keeping bees. Or rather, to feeding bees. John Miller, of Beekeeper’s Lament fame by Hannah Nordhaus (a book you must read by the way), is a commercial bee producer, pollinator and honey producer in North Dakota and California who keeps telling me that the next great thing in beekeeping isn’t going to come from beekeeping, but from outside our world. I know he’s right because we keep seeing it happen. Here’s another.

I’ve been watching the people who are struggling to find more and better forage for bees. Enough good food is always noted as one of the factors in what’s wrong with bees right now. I’m not referring to the beekeepers looking to find a place to call home for a few months, but rather the folks who are trying to improve the places the beekeepers find. In almond country they are planting mustards and clovers and all kinds of bee plants on land that isn’t being used for almonds or other crops and that blossom when they need to and don’t need a lot, or any water. Unused land, field edges, between crop rows, corporate land, roadsides, meadows and fields, where ever seeds can be sown and the plants don’t need attention afterwards, and bees can find them. And they are finding lots of those places, and, where they do, life gets a little better for bees and their keepers. We need more and more and more of that kind of work.

But here’s the thing. That land, and those seeds are coming from…not the beekeeping world, but from almond and other crop growers, donors like Bayer, Monsanto, Costco, even Root Candles, my parent company. But not beekeepers. Not really. Beekeepers are taking what they are given. They’re not making it happen. Yes, they are organizing the corporate giving, sitting on the boards of the organizations that do the asking and then give the grants, and they’re finding the places and educating anyone who will listen that this is a good way to spend your money. But mostly, beekeeping isn’t doing any of the giving, or doing any of the work. An extended hand should be reaching for a shovel, not asking for a handout.

I have another idea. It’s kind of half-baked yet, and I don’t have all the details worked out, but kick back for a minute and see if this doesn’t make some sense.

Four, maybe five, even 10 beekeepers join forces. They pool their funds and resources, and rent, say, 50, maybe 100 or more acres from a local farmer. Maybe they rent even more, depending on the cost and the number of beekeepers involved. And they move their bees there, and keep them there for the season, far from harm’s way.

They invest in producing a cash crop that does two things. One, that the farmer owner, or some other farmer can harvest and use or sell at season’s end, and two, while in bloom will make honey crops for those bees. The beekeepers pay the farmer to plant the crop, tend the fields and do what needs to be done to make it grow pretty well. Doesn’t have to be perfect, and not even close for the bees, but what these beekeepers are going to do is pay that farmer to tend and harvest that crop, and then sell it to him, or them, to pay for the rent and the work. The farmer gets the crop, and the beekeepers get the honey crop made from those plants.

Depending on where you live there are a multitude of crops that would work here. Forage crops, hay crops, even some food crops, cover crops, the list goes on.

Yes, there’s a lot of maybe’s here. And there’s some risk. The rental price of local land, the weather, the farmers, the other beekeepers, the market for what you chose to grow, honey prices, gas prices – that list goes on, too. 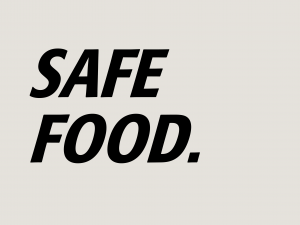 But look at what you take off the table if you head in this direction. Planned right, succession plantings of multiple crops could mean you have something blooming all season long – a left over from last Fall gone to seed now, then an early clover bloom then cut, midseason clover bloom then cut along with a midseason alfalfa crop and cut and a late season something, and the second and even third cutting of all of the above. There’s always something blooming, so the bees always have a reason to stay home. And staying home is a very big deal. That land is your land. This land has no pesticides, no fungicides, no insecticides, no poisons at all. And with multiple crops blooming at the same time, your bees have the luxury of making choices rather than only clover, or only mustard or only buckwheat. And that keeps (most of) them on your land. And, with multiple crops you’ll probably get more than one farmer involved because some want this for seed, that for hay, and others just the straw at the end of the season.

I know, it’s not perfect. I’ve already heard a lot of what-ifs, but I really think a bunch of organized, right-headed beekeepers could make something like this work. And it would be beekeepers making it work, beekeepers in charge, not Costco, or Bayer, or Root Candles. 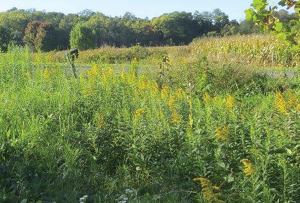 My friend Buzz (you’ll read about him and his wife Nancy in the December Interview issue) called me up in early October with a question about goldenrod. Just down the road from where he lives there’s been a couple of vacant fields, each maybe five or six acres more or less, on two sides of the road that aren’t used for anything. Just vacant. And every year they sprout goldenrod like mushrooms. Ten, 12 acres of the stuff that, in this part of Ohio, might just as well be gold when the bees turn it into honey. And his bees do, every fall.

But this year the folks who live next to one of those fields mowed it in late May. Mowed his goldenrod for heaven’s sake. Mowed it! What were they thinking???

Well, as Summer went, it was the ultimate drought here in northeast Ohio, and the goldenrod that was left, across the road, the unmowed plot, didn’t produce enough honey to even make his colonies smell at night. It was a bust. NaDa. Nothing. Zilch. Nothing but beautiful but barren blossoms ruled the day in the unmowed field. No goldenrod this year was what he had to tell his customers. But then, in early October, that wonderful aroma of goldenrod nectar tuning into pure gold honey washed over his beeyard at home, strong and heavy and, like the smell of money, filled the Winter coffers of his beehives with wonderful, luscious, golden goldenrod honey.

The botany part of it is really straight forward. Those goldenrod plants had a pretty good start by late May. Growing strong and unimpeded, with lots of rain early on they got a good start and had a good root system going when along comes the mower. Takes the top half of the plant off. Snip. Gone. And then comes the drought. Well now, these cut-in-half plants, with good roots, don’t have much of an above-the-ground plant to support, so they’re not very stressed by the drought. And by late August when the rains come again they get their act together. They’re already shooting up, up and away, but with two, three or more stems to a plant instead of the usual single stem. And all those stems are late bloomers, starting in late, late September instead of mid-August.

So we head down to that field in early October and the field is coming into – not finishing, not done – but coming into full bloom. In fact, half the plants were still in bud stage, not yet blooming. They were shorter, maybe half as big as what they would have been, but many of them had two, three some with five stems, all with buds or blooms. There were bees everywhere, on every plant. Happy bees. Because look, across the road – nothing but long dead goldenrod plants. Goldenrod plants the drought robbed of their nectar, robbed Buzz of a honey crop.  But on the golden side of the road – happy  bees, happy Buzz.

And that’s when it hit me. You probably already saw it. It’s just like a second cutting of alfalfa. Comes up once, just about ready to bloom and gets cut for hay, comes back, stronger, more stems, more blossoms if the farmer’d let it, and better hay. What we were seeing was a second cutting goldenrod. Stronger, more blossoms, and later than normal. Essentially a second crop. Imagine doing this on purpose to a field that’s otherwise always only a single crop? Now, it’s two crops.

So, couple this observation of cutting early any mid-to-late blooming perennial honey crop – wild or cultivated, and you just made either two crops, or a single crop that’s later, and probably better timed from a fall feeding perspective than if you just let it be.

And while you’re at it, are you out now collecting those seeds to sow later this Fall in those fields that aren’t providing anything for your bees? Seed bombs come in all manner of sizes and shapes, and right now you should be collecting everything you can find.

A few years ago I cut the top off a white clover plant after it had gone to seed and took it home. One plant. I crumpled it up to get some of the seeds while standing in my gravel driveway. I got some seeds, and dropped some seeds so the next Spring a few white clover plants came up. This is a biennial, so all you get the first year is a short, pretty nondescript clover looking plant with no bloom. By Fall it was gone and I didn’t think of it any more. Come spring, it’s back, or rather, they’re back. Eight or 10 plants up, with blossom stalks reaching for the moon. By July blossoms, by September seeds. From those very few plants I harvested almost a cup of seeds by the time they were done. A cup! Thousands of seeds, for free, and for spreading in ditches, unused land, out back, on the neighbors fence line – where ever there’s a spot that isn’t in the way and nobody cares about. Except the bees. Your bees.

We can, and do talk about the problems we have. And we have lots of issues to deal with. But here’s something  you can actually do to make things better that works.

Even if you and a couple of friends only get five acres of meadow and just let it go, mow half and have two, maybe three crops of wild flowers next year it’s better than complaining about big ag killing all your bees.

There’s an old saying about politics that goes something like – decisions are made by the people who show up. It’s the same with keeping bees.

From all of us here at Bee Culture and BEEKeeping, we wish you and yours a happy, healthy and wonderful Thanksgiving Holiday. 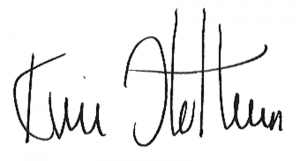