Mead. Something you’ve probably heard of in your travels and workings as a beekeeper, or casual enthusiast that’s just here for the ride.

The alcoholic refreshment that historically has been three parts water to one part honey. Simple. Perfect. Alcohol from honey. Delicious.

As the world’s oldest fermented beverage, mead has seen everything from the commencement of farming in the Neolithic age, to the first forgings of bronze, copper and iron tools, the establishment of civilization’s first democratic society in Athens, to every season of the never-ending revolving door that is the reality television series, The Real Housewives.

Not only is it the eldest form of booze, mead is also the most broad and diverse of any of the alcohol categories. It can be on the sweeter side, or bone-dry. It can be still, or carbonated. It boasts an ABV range of 2% to 60%. There are more than 400,000 species of flowering plants on our planet that we know of, which conceivably, means there are that many varietals of honey, all with their own unique tastes, colors, aromas and textures. The total combined number of grapes, malt grains, apples and rices don’t even come close to 400,000. Additionally, as honey is such a malleable flavor, it provides a remarkable foundation for creativity. The assortment of produce and spices that can be combined into a mead are practically endless. As such, mead makes for a great food pairing, and a terrific mixer for cocktails and even beer.

Traditional style mead tends to be still (non-carbonated), with an ABV in or around 12-14%. Session or draft style, tend to be carbonated, have an ABV more in the range of 6-9%, and are lighter and crisper.

So, for such an interesting and storied history as mead has, you’re probably thinking now (right now!), “well, where is it? I’ve never really seen it around before, let alone had it at a bar or restaurant.” 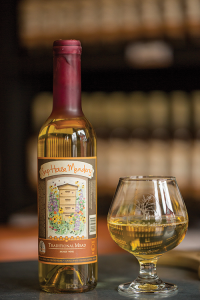 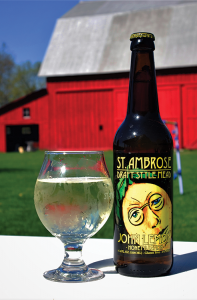 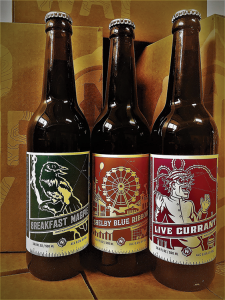 Over the last decade, the number of mead makers has, for lack of a better term, skyrocketed. In 2003, there were approximately only 30 producers. Today, the industry is pushing 500, much like those twins on the motorbikes. Every state except for Nevada has at least one meadery, including Washington DC and Puerto Rico. Although, rumor has it one is set to open in Nevada soon. According to the American Mead Makers Association, a new meadery opens up every three days in the United States, and every seven days for the rest of the world. Over the 2015 fiscal year, industry sales increased 85%.

Business is a boomin’. Relatively. And with such expansion, a wave of creativity and novel mead making techniques has begun to germinate. Newer producers are pushing the bounds of people’s conception of what mead is, and what it can be. They are dropping jaws and leaving the preconceived perceptions and negative notions (alliteration – nice!) in the dust. For example, there are a number of producers now serving mead in cans, a concept that didn’t exist only five years ago.

However, while this rowdy bunch is inaugurating a coup d’état within the craft beverage market, mead is still largely unknown to the vast majority of drinkers and general population. And while a higher percentage of beekeepers, and people involved with the beekeeping community have heard of mead, a lot have not had the opportunity to learn more about it.

While producers are doing all they can to get the word out about mead, an important piece of the puzzle is missing: distribution. A key influence and significant force behind the alcoholic beverages that get poured into your glass. To date, mead has largely been overlooked by the distribution tier of this country’s three-tier system. I think it has something to do with distributors not wanting to put in the additional effort or legwork required to bring retail clients and consumers up to speed. Products need to sell sell sell! Quick quick quick! As such, the distribution channels that are available to breweries, wineries and cideries, are not available to meaderies. One of the main reasons behind why we’re inundated with more IPAs and Chardonnays than you can shake a stick at. We get it – hops! We know – white wine! With mead, the soul is there. We’re just missing the gospel choir. 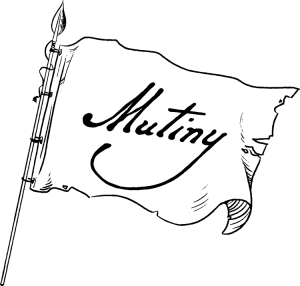 Comprised of a handful of freedom fighters just as unruly and mutinous as the name would suggest about the country’s drinking norms, Mutiny Distribution is the world’s first distribution company that focuses exclusively on session and traditional style meads.

Based in New York City, Mutiny Distribution aims to bring mead to the masses. Make the drink once reserved only for royalty, more accessible, and approachable to a wider audience.

In order to develop Mutiny, I needed to visit mead makers. Lots of them. Therefore, I spent four months traveling across every region of the good ole’ U.S. of A doing just that. At the end of my meandering, I had met with, and spoken to, more than 50 meaderies. The stories I heard were incredibly inspiring. People working three jobs in some cases to finance their dream of starting a meadery. The passion in the voices. The determination in the eyes. The science behind the tanks. I must say, I was so immensely humbled by the level and caliber of producers I got to meet, and the ones that Mutiny is partnering with.

One of the topics that was always front and center in these meetings, was honey. I pulled a fast one on you there, I know. I apologize! The varietals used, the difficulties of working with one type to another, the proximity of the floral sources to the meadery, the remoteness of the meadows or forests the bees would pull from, or the grade of the farm and crops if the honey was not produced from wild spaces. These aspects are central to most meads, and accordingly, mead makers handle these decisions with care.

I classify meaderies into three camps: ones that cultivate honey from their own hives and land, ones that work with local apiarists, and lastly, ones that source their honey from larger-scale enterprises like Dutch Gold. From the data I collected, I estimate that approximately 5% or less of mead makers produce their own honey, roughly 15% utilize larger-scale enterprises, and a whopping 80% work with local beekeepers.

Like with any artisan, quality is paramount, and the mead community has shown they overwhelmingly trust local beekeepers to provide them with that eminence. Mead makers tend to not only go hyperlocal with their honey, but for the produce they utilize as well, normally sourcing from sustainable farmers all within a few hundred miles of their facilities. 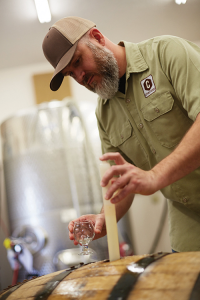 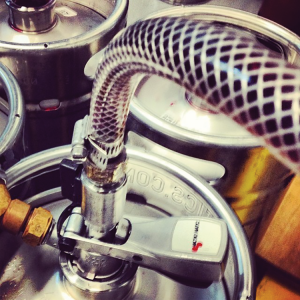 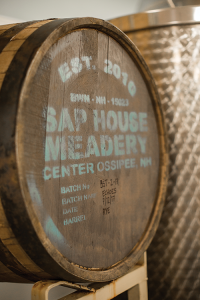 Mead will be the next area of craft alcohol. There is too much talent and quality out there for it not to be. It is only a matter of time. Consequently, mead is the yellow brick road for beekeepers into a new and large industry, the alcohol industry. Sure, there have been other avenues leading there over the years, like Jack Daniel’s Tennessee Honey, but nothing has been more clean-cut or unequivocal. Mead is an untapped alcohol category that has the legs to grow in a meaningful way. And with that, can expand a regional beekeeper’s footprint and the consumers their products can reach, and critically, swell their business’ bottom-line.

Not only does mead offer beekeepers a means for reinvestment, or a path to that new showerhead you’ve been eyeing, but it enlarges their pool of customers with people and businesses that are passionate about the things beekeepers (and the farmers they may work with) hold near and dear to their hearts.

Like beekeepers, the mead community is built on the same core principles of supporting local farmers, preserving natural environments and farmland, and promoting the health and well-being of bee colonies across the U.S. Mead makers understand and care about reducing the use and spread of pesticides, honey imports cut with cheap syrup fillers, and the challenges facing apiarists like shorter Springs and longer Winters brought about by climate change. This community appreciates the fact that mead can be the instrument in which the alcohol industry can have a more positive impact on the environment. The idea that when a person reaches for a bottle of mead over beer, cider or wine, that choice can directly contribute to reversing the effects of such issues like colony and habitat loss, and promotes more sustainability within the food production chain.

Ever since I was very young, I have loved being in nature and exploring the world’s wildernesses. I care greatly about the environment and our impact on it, and this ties into one of my favorite characteristics of mead and the community behind it. 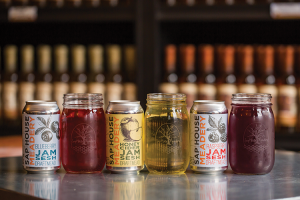 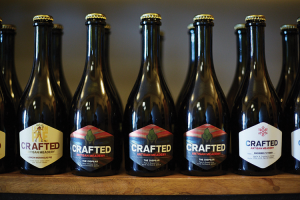 Let’s get down to brass tacks. Do some of these details sound romanticized? Sure. Is every single meadery going to agree with what I’ve said. No. Do I sound a bit like a boy scout towards the end? Probably. But the commentary outlined above is based on facts.

Mead has the potential to be so much more than just a tasty drink that can help you get over an ex or gives you the inner confidence of Beyoncé. It can be a platform for constructive forces that influence the biomes and ecosystems we choose to live among, while providing bread to communities that support initiatives positively affecting these forces.

Although I am sure there are contradictions (there are with everything), let’s be honest, if you’re a professional, having your hives act strictly as pollinators for industrial farmers, is the side of apiculture you’d prefer not to be on. Mead can provide beekeepers with an opportunity to be a part of a new, growing market, while lowering the percent mix of their business associated purely with pollination. Why not sell your work into a customer base that has a greater likelihood of encouraging the facets that are important to you and your livelihood? 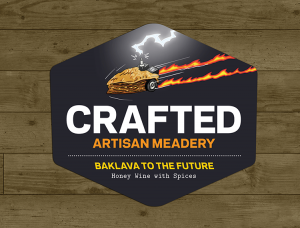 A cardinal value of mine is: support your allies. The planet is everyone’s ally. Most mead makers are holding up their end of the deal by working with local beekeepers and sustainable farmers. Now we just need the beekeeping and farming communities to take their positive contributions a step further and call the cavalry to the bar. They won’t be disappointed.