Recap: In Part 1 of this series we discussed the development of an organic miticide to control Varroa, tracheal and tropilaelaps mites that infect honey bees and what goes on behind the scenes in the laboratory.

In Part 2 we discussed how the bees work with the treatment, gaining optimal efficacy. Now in Part 3 we will explain our process of registering a bio-pesticide in the USA, the final requirement for beekeepers gaining access to Formic Pro.

Before a pesticide can be marketed and used in the United States, the Federal Insecticide, Fungicide, and Rodenticide Act (FIFRA) requires that EPA evaluate the proposed pesticide to assure that its use will not pose unreasonable risks of harm to human health and the environment. EPA also determines whether there is a reasonable certainty of no harm from pesticide residues in food or feed and sets tolerances, or exemptions from tolerances, for allowable residues of pesticides in food and animal feed under the Federal Food, Drug, and Cosmetics Act (FFDCA), as amended by the Food Quality Protection Act (FQPA).

At this time there is an exemption from a tolerance for formic acid in honey, but we want to show due diligence to ensure that our product will not be a concern, so here at NOD we went back into the bee yards to conduct a study on formic acid levels in honey. 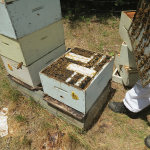 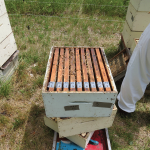 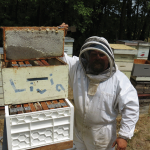 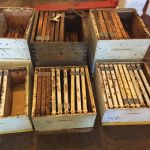 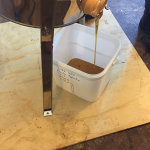 Standard of Identity for honey

What exactly is honey and how do you prove it? For most products there is an adopted Standard of Identity against which samples can be tested. There is a gap in North America: there is no agreed upon standard of identity for honey.  For some background on the situation here is a link: http://abfnet.org/?31.

In the void of a standard of identity for honey in the U.S., NOD has adopted the one set within the European Union as its standard of reference for total free acid; however it does not address the complex and variable medley of acids that are naturally present in honey, including formic acid1. Therefore NOD turned to peer-reviewed literature for the levels of formic acid that could be expected to be found naturally in honey.  From these sources it is determined that the upper level of total free acids in honey is 50 milli-equivilants per 1,000 grams, the upper level of formic acid that can be expected to occur naturally is 1,229 parts per million2.

In June of 2016, 15 colonies of varying strength were set up in two yards, Linn and Howe (30 colonies total), to study and determine if treatment with Formic Pro led to increased levels of formic acid and free acid level in honey to above the acceptable norms. The Langstroth hives were equipped with solid bottom boards with rims ½ to ¾ inches in height; the entrances were unrestricted across the full width of the hive.  All hives were configured to be a worst-case scenario, so as to be acceptable under a review: a single brood chamber, treated with a full dose treatment (two strips), placed on top of the frames of the brood chambers, then a queen excluder, followed by a nine-frame honey super of drawn comb. Each frame in the super was labeled with its hive identifier and numbered from one to nine. It was determined that the product would remain in place for three weeks even though the treatment period was two weeks.  The study was set up as a side-by-side comparison, therefore the three treatments used were MAQS+ (Formic Pro™), MAQS™ as a positive control, and a placebo application as a negative control. Three sampling points were pre-determined: seven, 14 and 21 days after application.  At each sampling point three frames would be removed: Day Seven, frames numbered one, four and seven, at Day 14 frames numbered two, five and eight, and at Day 21, frames numbered three, six and nine. To avoid any contamination the bees were shaken off and the frames were kept separate from one another by location and treatment group. These were kept overnight in an unheated room and extracted the next day in a small, three-frame extractor. Once extracted, the honey samples were frozen until analyzed.

A light honey flow was underway in the two locations on the first day of Summer, June 21, 2016.  The treatments were applied on June 22, removing the spent strips applied a month earlier.  With 10 hives in each of the three treatment groups, split into two locations, some colonies were not strong enough to have any honey stored in the honey supers, but by Day Seven at least two of the five hives in each treatment group location had enough honey in the designated frames to provide several pounds of honey. Despite the drier than normal conditions the light flow continued, allowing the study to be completed. 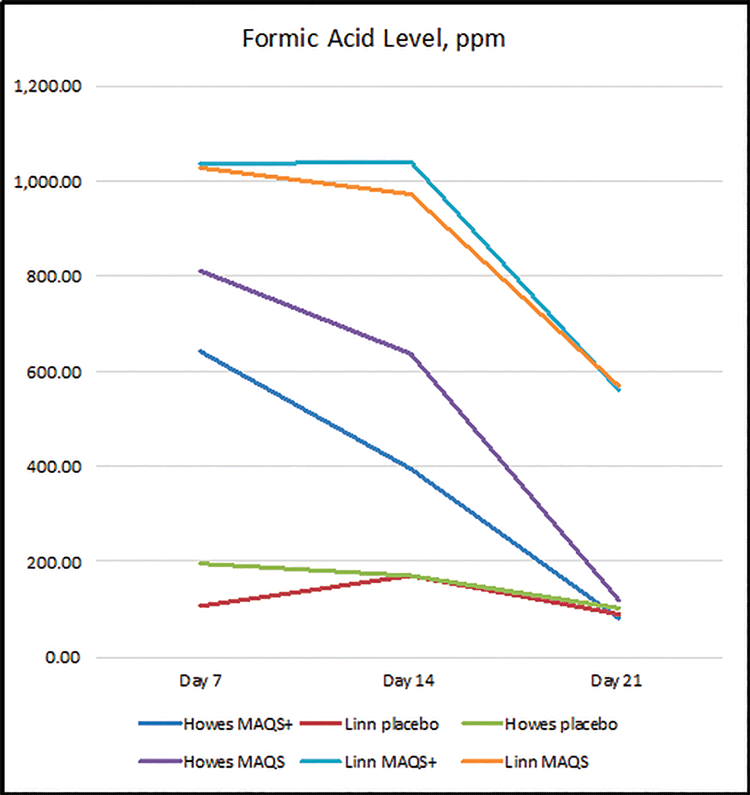 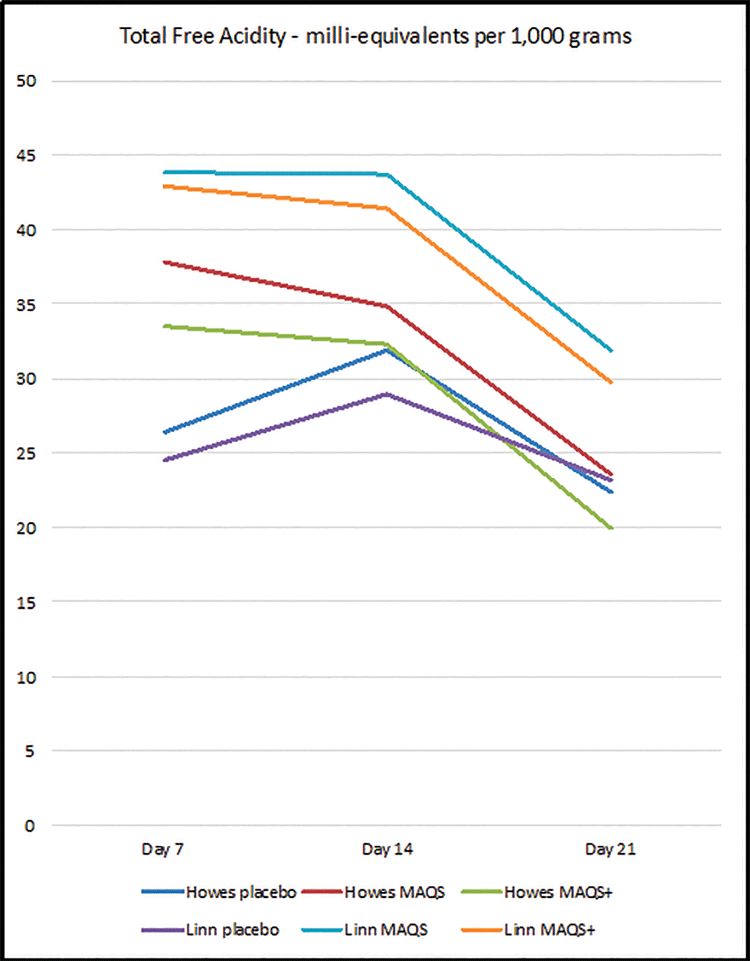 Although there was some variation in formic acid levels present between locations, at no time during or post treatment did the levels of formic acid or total free acids exceed the standards set out in legislation or what is expected to naturally occur. Formic acid levels appeared to be somewhat self-levelling within honey, likely due to its volatility and the complexity of honey as a substance.  Indeed, a week after treatment was considered to be completed (Day 21), some of the test product treated hives had levels of formic acid in honey that were lower than the levels determined in the placebo control colonies, further evidence of the high variability of formic acid levels naturally found in honey.

Returning to the registration process for a biopesticide, everything revolves around the label. There is a good reason for this: the label is the information exchange point between the miticide developer and the consumer, while conforming to regulatory requirements. At the start of the application process a draft label is provided to the EPA as part of the dossier. There can be nothing on the label that is not scientifically supported. The EPA also has clear guidelines on what needs to be addressed. Here at NOD we review the label and trending reports quarterly, to ensure that it is as clear as possible and is in compliance with up-to-date standards, while also reflecting on consumer feedback.

The process of applying for a registration is set out in the Federal Insecticide, Fungicide, and Rodenticide Act (FIFRA), as mentioned at the start of this article. The EPA’s data requirements and the method of presenting these data requirements are all set out. It is beyond the scope of this series of articles to walk the reader through the labyrinth of requirements, however if one follows the link to the EPA website provided at the start of this article there is plenty of information available. Once an application is made for a new pesticide with a new active ingredient, it can take a couple of years for the application to make its way through the EPA review process. After the initial approval, the review process of subsequent formulations is likely to be reduced to several months. 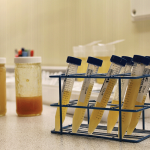 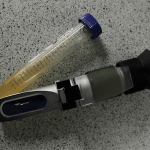 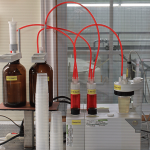 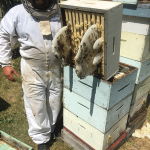 Once a biopesticide is through the Federal EPA assessment process it still cannot be sold until a State registration is granted.  Each State can impose its own regulations, requirements and fees.  They are highly variable, so it takes a while for an EPA granted registration to make its way the process of being registered in all States.

All things taken into consideration, it requires a significant investment in innovation, time and money to bring an effective, sustainable, environmentally friendly miticide to the beekeeping industry. But for our love for the honey bee we would not have taken on the task, and we gratefully thank the many supporters of our efforts, those souls dedicated to honey bee health within the beekeeping community, the scientific community, and the regulatory community, especially the State Apiarists.